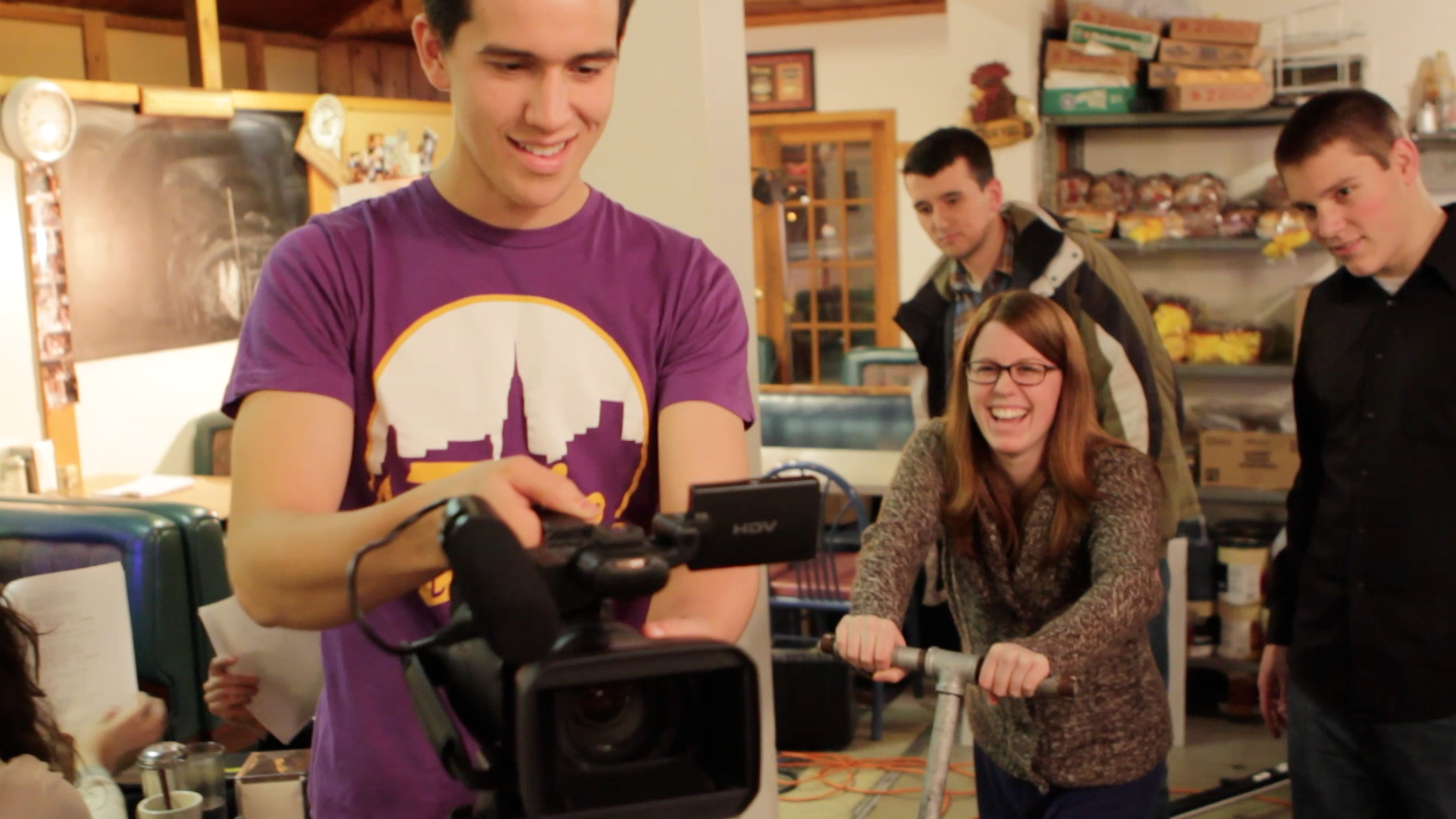 Director Brian Robau, a 2014 Franciscan grad, whose film “It’s Just a Gun” earned an Academy of Motion Picture Arts and Sciences Student Academy Award out of 1,749 submissions, made a terrible motion picture.

That is to say, years before Robau stood onstage to receive his award in Beverly Hills for his outstanding work as director, his submission for his freshman film theory class was, by his own admission, “a terrible film.” Robau said, “After I screened that film, I never wanted to have that feeling again.”

“It’s Just a Gun” is a work that represents just how far Robau has come in a short number of years. The film itself follows Gabe, a scrawny nine year-old who happens upon a Weston revolver in Los Angeles. Robau credits his growth to the instruction he received at Franciscan University.

“Franciscan is where I took my first steps as a filmmaker,” said Robau. “I really learned a lot from the teachers and the students from the communications program.”

It was at Franciscan where he learned what a large role personality plays in the filmmaking industry. Said Robau, “A good filmmaker is not just about the technical stuff; it’s also about being a well-rounded person. And Franciscan did that for me.”

During his undergraduate years, Robau lived the life of a well-rounded student, completing mission trips to Jamaica and Honduras, participating in campus theatrical productions, and playing tennis for the Barons. He attributes the on-campus community to his formation as a filmmaker, in that he was surrounded by “a really great community of people active in their faith.”

“He’s been very passionate about film since day one,” said David Schaefer, a professor of communication arts at Franciscan who holds a doctorate in communications.  “You have to be passionate. That’s all it takes; you can’t just go into film for someone else. You have to love, live, and breathe it.”

Robau said that being introduced to influential members of the filmmaking industry was perhaps more valuable to him than the Academy Award itself. The LA Shorts film festival also plans to display his film later this year.

Now at Chapman University, working toward the completion of his thesis film “Operation Peter Pan,” a motion picture detailing the hardships of foreign refugees, Robau cannot believe he is living his dream. “I’m pinching myself,” he said. “I definitely have realized how blessed I am to be in this position.”

Robau was cast as an actor in the movie “Super 8,” filmed in Weirton. He gradated with a BA in communication arts in multimedia and radio/TV along with minors in theology and film studies.

Through it all, Robau aims never to forget his time at Franciscan and its formative effect on his career. “I am still so grateful for my time at Franciscan,” he said. “No matter what I do in the future and no matter where my career as a filmmaker takes me, I always want to represent my school.”