Addition in the J.C. to help students realize dignity 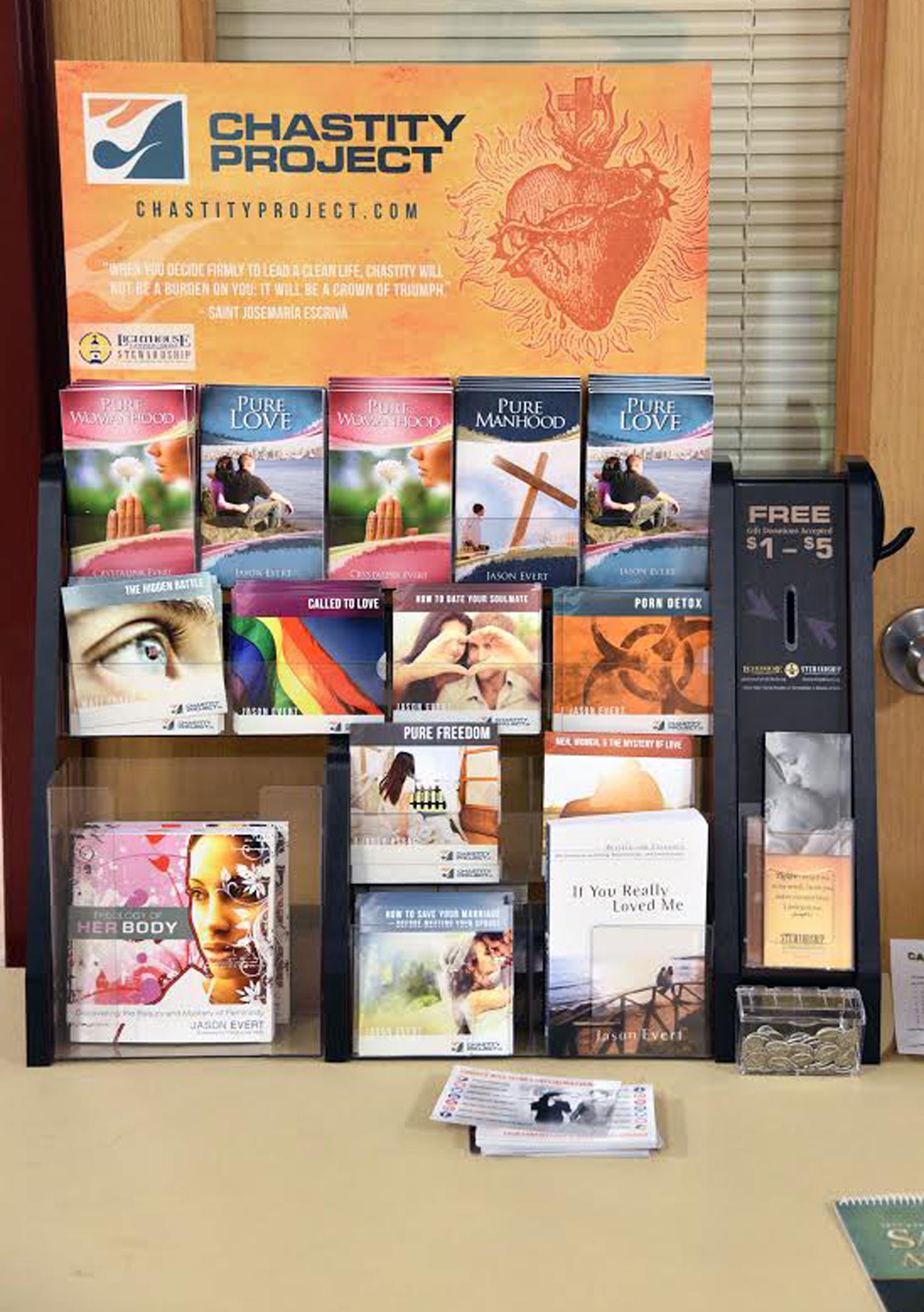 When walking into the J.C. Williams Center, students are beginning to notice a  new tabletop stand near Switchboard stashed with books, CD’s and pamphlets, known as the PurityPack.

A project of the Office of Evangelization at Franciscan University, the PurityPack is a stand containing material based on Pope St. John Paul II’s Theology of the Body, as well as the work of many other authors, with the goal of helping students recognize their dignity as children of God.

“Hopefully this material gives (people) the understanding of who they are in light of God and that they begin to live for that dignity right there,” said Robert Siemens, director of the Office of Evangelization. “Not from a set of rules or regulations, but just a dignity, and that this material helps them understand their dignity, their worth, and they want to incorporate it into their life.”

Siemens said he hopes students can achieve a “balance between the head and the heart.”

“For me, I hope this material is an encounter with God, not just something to study,” said Siemens. “Because we can all know truth, but do we live the truth? Hopefully this will inspire people to actually live what they’re here for, to integrate it, to make it their own,” he said.

The initiative behind the PurityPack reflects Pope St. John Paul II’s Theology of the Body, which stresses human dignity as a reflection of a person’s relationship to God, said Siemens.

As children of God, “there are just some things that are beneath our dignity,” Siemens said.

“I found that so liberating,” Siemens said. “If I actually really love and respect myself, this is how I want to live: an integrated life with our Lord Jesus Christ.”

Started by the Chastity Project as a tool for churches and universities, each PurityPack has books, pamphlets and CD’s covering topics on sexual morality, all of which are available for free or by donation.

The idea to start a PurityPack at Franciscan came from an alumnus of the university, who asked Siemens to oversee the project.

Siemens said the goal is to build a culture of chastity on campus, “as well as an integration of our human sexuality into who we are.”

The goal is to someday have a PurityPack in every dorm in addition to the J.C. Williams Center. That goal seems like a real possibility, as the initial response from students has been positive.

“For now, I can’t keep it stocked,” said Siemens.