All joyfully welcome at annual campus celebration of all things Ireland 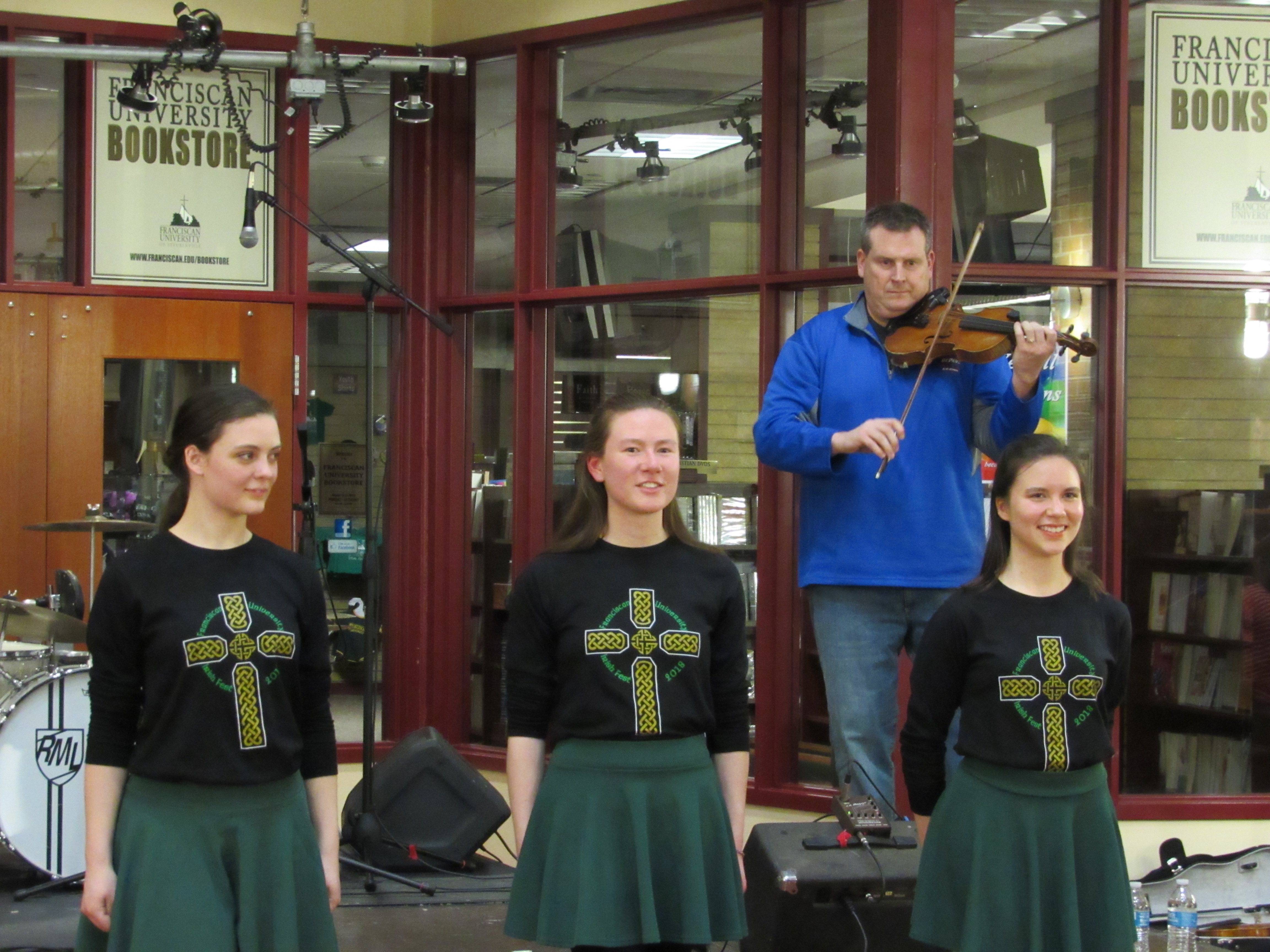 In anticipation for the upcoming holiday of St. Patrick’s Day, students filed into the J.C. Williams Center to have a good time. Filling the building’s atrium, many arrived at 8 p.m. for the festivities.

Irish-themed decorations were present at the annual event. Casted along the upper area of the building were orange, green and white streamers, reminiscent of Ireland and its tricolored flag. White table cloths complimented candles and gold coins adorned atop the circular tables where attendants sat.

The members of Exc!te “went above and beyond to ensure all went smoothly,” said junior sociology major Sandra Victoria.

“They were there making sure everyone had a good time,” she added.

By far, the most frequented area of the evening was the Gentile Gallery. A line extending up into the staircase was formed during the busier periods of the first couple hours.

Kept in constant supply with a heap of potatoes, the tater tot bar was a stand-out favorite among those who attended. Sour cream, shredded beef and gravy were among of the toppings hungry attendants added to their tots. Additionally, cookies and cupcakes with green frosting were readily available.

Especially welcomed was the bar offering water and various alcoholic beverages such as Corona beer and alcoholic cider. Guinness dry stout, a recognizably Irish beverage, was served as well. By the night’s end near 11 p.m., there were hardly any drinks leftover.

Centered near the bookstore was the recognizable stage platform used in many events in the J.C. A live band consisting of a fiddle, drum set, and keyboard was heard playing Irish themed songs like “Forty Shades of Green” while also performing more familiar songs like “Hey Jude” by The Beatles.

A well-received performance by the Franciscan University Irish Dance Club was put on near the two hour mark of the festivities. The various dances performed were supplemented by the live band and the claps of the audience as well.

Venturing upstairs in the J.C., students were able to receive airbrush tattoos offered by Fireball Designs, a company that specializes in various airbrush services. Celtic crosses, tigers and an American flag were all among the designs found on the arms of students throughout the night.

Closing with an impromptu ode to Scotland, the tune of bagpipes took over the space in the J.C. Exiting the building to the brisk welcome of light snow flurrying outside, students were warm in spirits thanks to the Irish Fest.