Alumnus speaks on technology and sexuality 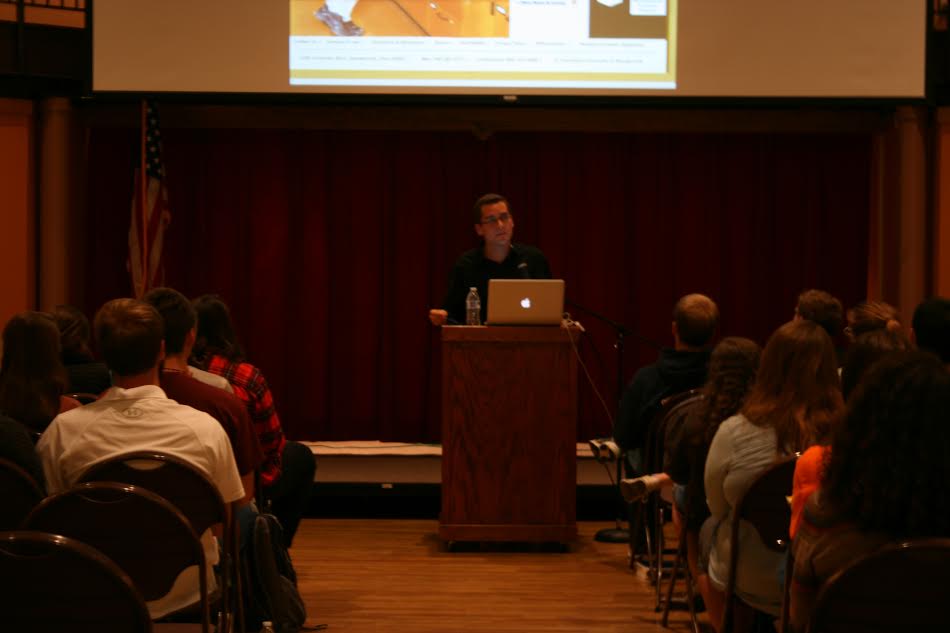 A Franciscan University alumnus shared his struggle with pornography addiction to give testimony to God’s fatherly love on Tuesday night in the Gentile Gallery.

As part of the Gift of Human Sexuality Symposium series, Matthew Stewart ’14 spoke on “Technology and the Gift of Our Sexuality,” or as he put it, “human messiness.”

Stewart’s message was one of hope and encouragement to all struggling with their sexuality. He reminded students that everyone is struggling. No one has perfect sexuality, he said.

Stewart said that he personally boasts in his weakness, because it was through weakness that he came to know God as father.

“God the Father wants to father you in your brokenness,” Stewart repeated throughout his talk.

Stewart shared his own struggles with pornography and dating apps. He said a turning point for him was reading Pope St. John Paul II’s Theology of the Body, which showed him that he was searching for something good, even though he was looking in the wrong place.

Stewart concluded by urging Franciscan students to take advantage of being surrounded by others “struggling but striving for virtue.”

Freshman Jessie Leatherby said Stewart’s testimony was impactful because “everybody struggles with sexuality in some way in their lives.”