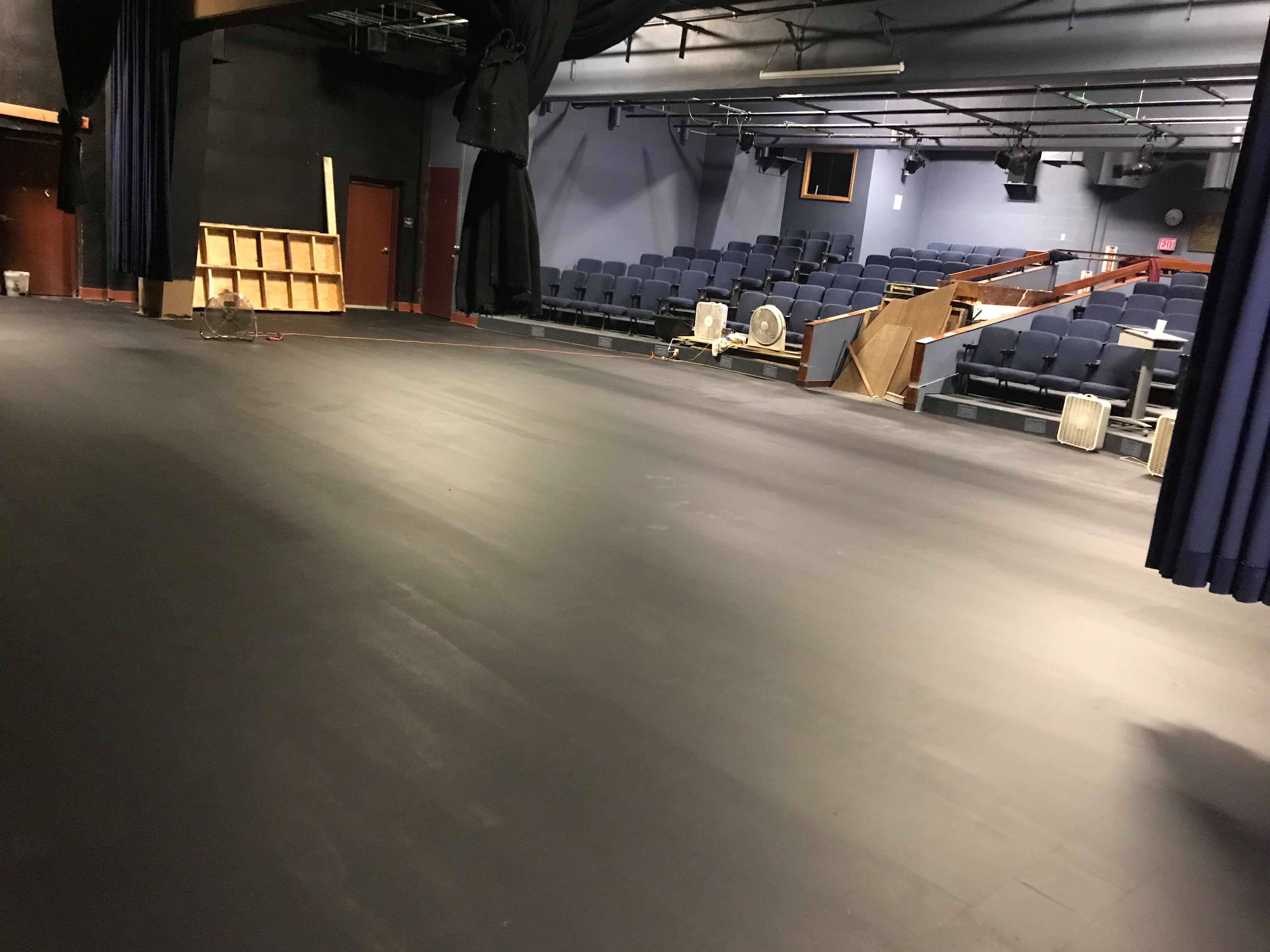 Its walls have heard hundreds of voices, be they screaming, crying or whispering; its floor has held up feet dancing, running and falling; the scenes brought to life on the Anathan Theater have evoked every emotion possible in the audience over many years. Yet time has obscured the history of the sacred space which has been literally uncovered.

The most recent development is that Anathan Theater no longer possesses a raised stage.

The theater, said its manager and technical director, Dale Prey, has lived many lives. Not including the rumors of its history as a lecture hall and a chapel, there are three known lives, each characterized by one of the three levels which existed until Feb. 12.

For many years, the department has desired a new stage setup; however, it felt that an entirely new stage would be “unrealistic” with the amount of use the space gets. The professors then elected for a simple flat surface.

Former university professor Shawn Dougherty had a vision of a Black Box style space, said Prey, which would enable the department to “reconfigure the space any way we wanted.”

Two years ago, the department officially submitted a request to the vice president of Academic Affairs, who periodically asks for lists of “wants, needs and dreams” from each department, said Prey. This time, the department didn’t ask for anything new, but “something old to go away.”

“Ideally, it would take place in summer or winter,” said Prey, since the space is used so frequently. What with recent long-term projects such as the Egan plaza, however, Physical Plant couldn’t spare the manpower during those crucial break times.

Thus Prey and associates John Walker, assistant director of Theater, and Monica Anderson, chair of the Fine Arts Department who holds a doctorate in theater from Bowling Green State University, found themselves with the opportunity to have the project take place mid-semester.

A project which they were told would take four days was completed in two by Physical Plant: “By two o’clock on Monday they were done and had carted out a 40 ton dumpster,” said Prey. At the discovery of asbestos beneath the rubble, the second day was spent with “every custodial supervisor cleaning the floor” and laying down a new coat of heavy duty black paint.

“We all knew there’d be something we weren’t expecting,” said Prey.

In a week, students were back in the theater, when the paint was sufficiently dry to allow rehearsals to continue.

Prey credited the speed of the project to Physical Plant’s Chuck White, Tom Letcher, Jeff Harris and their teams of workers, calling it a “tremendous effort to turn that project around in record time.”

The men made some startling discoveries, such as light switches from the theater’s early days which had been cut off by later additions to the stage space. Letcher restored these to being usable once again.

“Without that effort we would have been stumped,” said Prey.

Prey, who designs the sets for each of the main stage performances, will no longer be forced to design around three levels of staging. He said the biggest benefit of the dramatic change will be that it will “force the students to make the stage the size they need” for productions, instead of being deceived by the two-level stage.

However, this will also present a challenge for the technical team, who is used to employing shortcuts in the past. With platforms exactly the right size, “we could just slap them down and be done,” said Prey. “Now they will have to construct everything from scratch.”

It will take time for the department to “build up stock” again, said Prey. They must find ways for structures to stand alone, instead of nailing constructions to the stage floor. Anderson must now re-stage some of this semester’s show, “The Crucible,” in order to fit the new space, and the senior theater majors must adjust their one act plays accordingly as well.

“I was honestly kind of excited to have the stage floor taken out,” said senior theater major Patricia Voigt. “It’s a good change, but also as a senior student it was strange to have it gone after four years. … As a director I had to change my set design and blocking for my one act a bit, but … all in all, it was a necessary change, I think.”

The department’s faculty and students will take some time adjusting to the change, but this is the first step in accomplishing their long-desired dream of an alternate space. Through the incredible work of many who contributed, the Theater Department will have the versatility to continue showing audiences stories which move and shape them.