Anathan Theatre’s unique ‘Twelfth Night’ has something for everyone 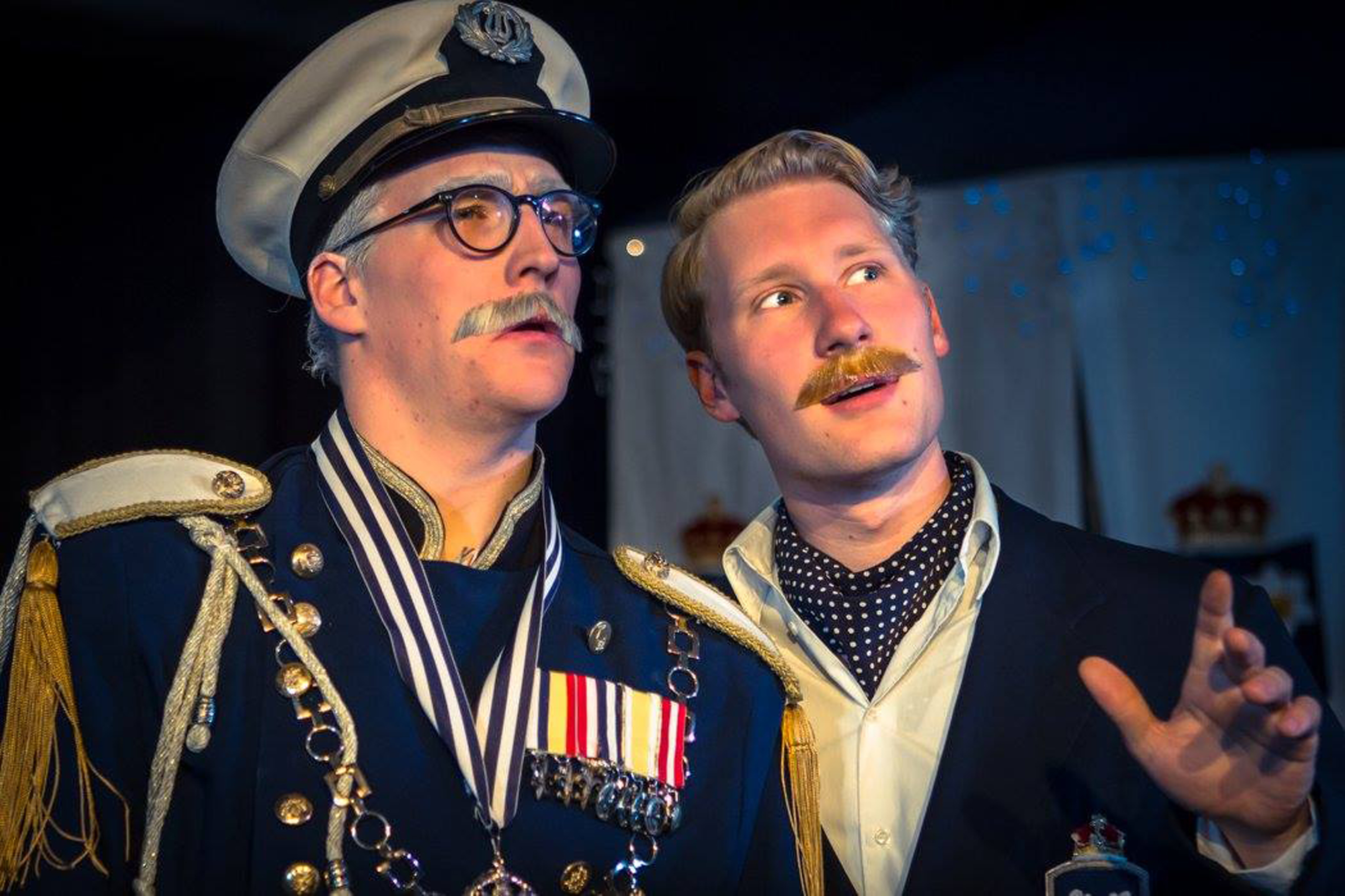 The massive amount of sand that blankets the entirety of the Anathan Theatre stage is perhaps the first indication that Franciscan University’s presentation of Shakespeare’s “Twelfth Night” is different from the play’s original format.

“I was teaching a scene design class with one of the guys in the show,” said Walker. “He set it in World War I, and he put a lot of sand on the stage; that idea got me. I took the sand, and I put it on a beach.”

The setting featured a closed beach resort in the Caribbean. Center stage was a decaying hotel. The makeshift bar was frequented by characters reluctant to surrender their ideologies.

Together with the duke’s tent and the boardwalk, the environment, said Walker, “needs someone to bring that epiphany back.”

This distinctive rendition of “Twelfth Night,” set in the 1960s, features the island of Illyria, upon which Viola mourns the supposed loss of her brother, Orsino. An untimely shipwreck to the island triggers the beginnings of epiphany, the reason to live and to love for all characters, which were once living stagnant lives characterized by addiction, depression and self-loathing, said Walker.

That epiphany, said Walker, represents largely the Franciscan charism of love already thriving at the university.

“We sometimes don’t allow ourselves to see love because we’re caught up in our lives and our classes and our stress, in the prisons of our own making,” he said. “Since this play is named after the Feast of the Epiphany, that’s what it’s about: an epiphany, a discovery of love for the other.”

For senior Jessica Andrews, who plays Viola, “Twelfth Night” was her last set of performances at the university. She said she remains thankful for her supporting cast and community.

“I couldn’t have asked for a better way to go out than this show, with these people,” said Andrews.

Her philosophy onstage since freshman year has been about relating with her character, she said.

“The more you connect onstage with what you’re going through in life, the better the performance is because it’s coming from things that are real,” said Andrews.

As of the April 15 showing, every performance had completely sold out, and both Andrews and Walker said that the play has something for everyone to enjoy.

Walker said, “The play is so antithetical; one minute you’re laughing, and one minute you’re crying. One minute drunk Nick is onstage, and the next minute, Viola is crying about her dead brother at sea. Almost every scene is opposite in emotion from the last one.”

While Walker did not divulge his next planned production, he did say that the play would “speak to the human condition, so that we learn more about who we are, what we are and why we are.”