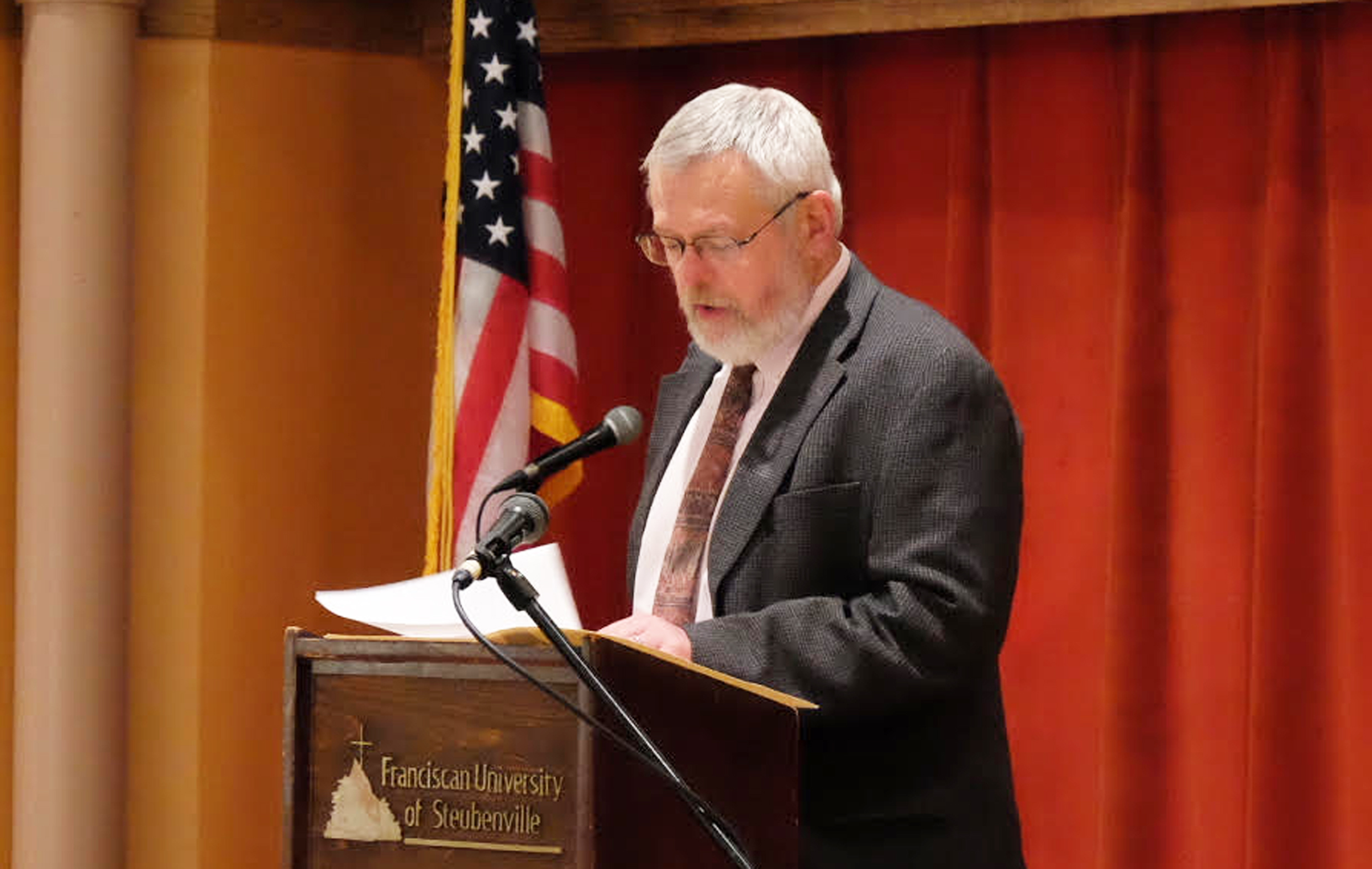 Professor James Gaston, founding director of the humanities and Catholic culture major, presented his talk, “G.E.M. Anscombe and the Importance of Cultural Context for Intentional Agency and Moral Judgments.”

Gaston said that it is important to be “a sympathetic listener” to understand culture’s influence in decision-making. He said that engaging culture and learning to think well are essential to meeting the challenges of a culture opposed to Catholic teaching.

Gaston explored American culture’s loss of “supernatural faith” as one instance where a Catholic should understand culture in order to “figure out where (the other) is coming from.”

He offered cultural analysis of morality as an alternative to a purely abstract conception of moral judgment.

In offering cultural context as a lens for thinking of morality, Gaston drew on Catholic historian Christopher Dawson. Dawson’s view of culture gives a more practical way of looking at morality, said Gaston.

Gaston also stressed the importance of twentieth-century Catholic philosopher G.E.M. Anscombe and her work on intentionality.

According to Gaston, Anscombe’s conception of intention as a “vital factor in decision making” was an important argument against a deterministic view of action. Anscombe was a major opponent of the deterministic view that reduced moral importance, said Gaston.

He concluded with the statement that philosophy and cultural study are complimentary. Anscombe and Dawson, both Catholics, both Thomists, provide complimentary ways of looking at intentions and moral judgments.

The mission of Franciscan University’s Anscombe Society is to enrich the understanding of principles that uphold the goods of marriage, family and sexual integrity with the view that society depends on healthy families and marriages.

2016-09-29
Previous Post: Reaching out through prayers at the clinic
Next Post: Outdoors Club hosts “Hike with Bishop”