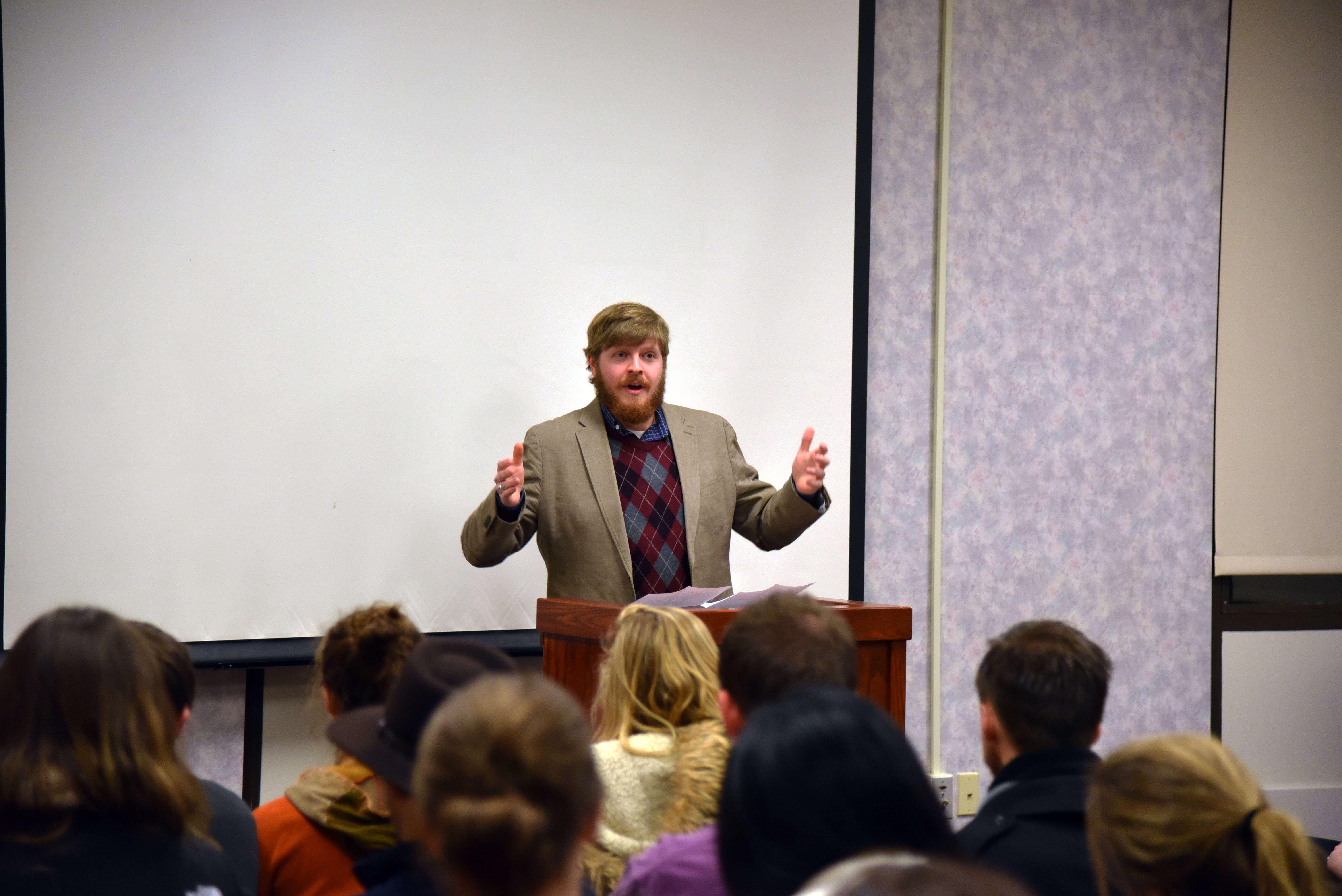 The adviser for Franciscan University’s branch of the Anscombe Society said that people place too much emphasis on marriage as the natural end of something as simple as a casual date when he spoke Feb. 18.

McGinley said that “we raise the stakes too much” when it comes to dating.

“Even in Catholic communities we are letting the culture dictate us,” he said. “We should see the telos (natural end) of the date as love, broadly and comprehensively understood.”

He especially emphasized the importance of dates in learning how to distinguish relationships.

We should “lower the stakes by introducing the possibility of friendship … not just make-it-or-break-it romance,” he said. “We shouldn’t abandon the pursuit of philia (friendship) love where eros (romantic love) is banned.”

McGinley told students not to be afraid of clarifying their intentions to one another regarding dating.

He said that the culture “assumes a baseline of selfishness and antagonism” by doing this, which “emerges because we have disintegrated romantic love from friendship.”

Regarding discernment, McGinley told the students to “calm down and use your brain.”

He offered the question, “Is there any reason to derail the train?” as an example of negative discerning, that is, questioning whether or not one has reason to stay on the path that one is already following, rather than asking something like “Should I or should I not board the train?”

Freshman Michelle Barragan said she “liked what he said about opposites — going from positive to negative discerning.”

Junior Arahi Murillo said that she appreciated how the talk “reinforced the church’s teaching” on relationships and said that it was “inspirational about being intentional.”

Sophomore Stephen Haggard said, “I thought he spoke with both a wealth of knowledge and a wealth of experience. … He was calling us to live in love so we can act in love when the moment comes, especially in terms of an intentional relationship.”

McGinley was president of the Anscombe Society at Princeton University from 2009-2010. He is a published author and the editor for EWTN Publishing, Inc.