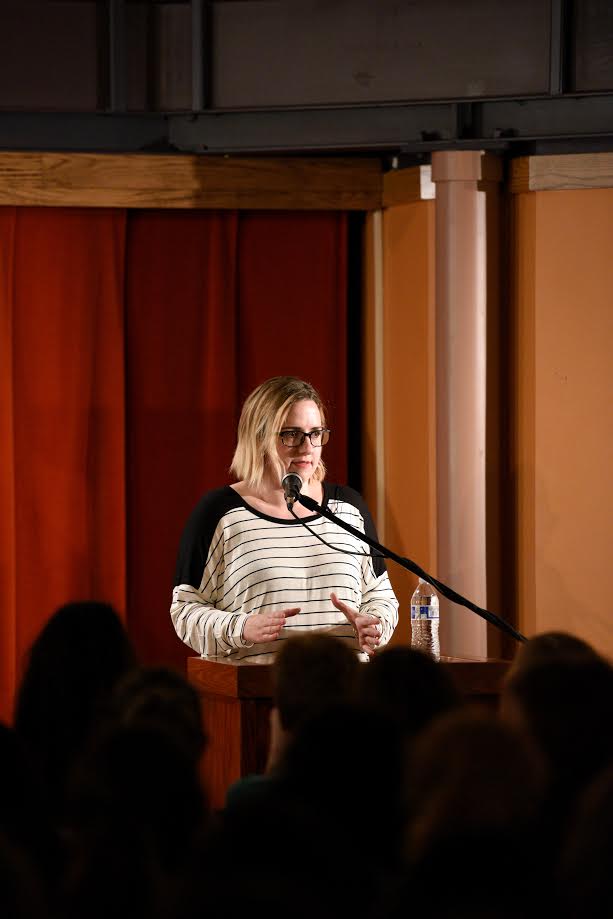 Concluding the Gift of Human Sexuality Symposium series, Audrey Assad gave her personal testimony, followed by a concert of hymns and original songs.

Assad focused on forgiveness and grace throughout her talk and concert. She said that although there will always be periods of darkness, she looks to St. Teresa of Calcutta for inspiration, who went through years without consolation but who remained faithful.

Assad said that growing up, she was denied her voice. She struggled with mistrust toward others and God.

“When we feel wounded and unsafe … we do things to seek control,” she said.

She said that her moment of freedom was coming to know God’s true identity and rejecting anything that spread lies about him, because the devil is behind all these lies.

Assad spoke to all those struggling to know God’s love and mercy. She said that no matter the struggle, the answer is always the “deep inner healing that only God could give.”

Assad said that her music helps her exercise her voice. Although there were times when she couldn’t write worship songs because of doubt, Assad said that now she is much more at peace.

“I am here to boast in my own weakness,” said Assad.

“I liked how authentic she was, and I think this was the perfect way to cap off the symposium. She was so raw,” said junior Wyatt Peisert.