Austria Adventures: The beauty and importance of Catholic culture 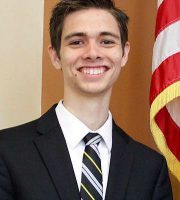 They warned us this would happen. We’ve been here a month and it’s safe to say that leaving Gaming at the end of the semester is going to be extremely difficult. It’s time to savor and treasure every moment here because it won’t last forever, like everything in this world.

This weekend we will begin our pilgrimage to Rome and Assisi. The Eternal City and the City of Peace. Only at Franciscan University do you get a ten-day break to go on an extended pilgrimage. But I digress. It has been a lifelong dream to go to Europe and most of all to see the center of Catholic culture and early Church history.

Yes, Catholicism has its own culture—just like America has its own culture, and Austria has its own culture. But Catholic culture is different from those cultures of the countries of the world because it transcends them. The architecture, paintings and music that have been associated with the Catholic church for centuries, are expressions of culture. In a certain sense the universal church is the New Israel and just like the nation of Israel, God’s chosen people, had its customs and arts, so the church has them as well.

In Rome, you have the center of Catholic culture in the West. For centuries, the Church employed the best architects, artists, and musicians in the world. They all contributed to the expression of Catholicism in the fine arts: Michelangelo’s painting of the Sistine Chapel, the polyphonic compositions of Giovanni Perluigi da Palestrina and so on. These artistic achievements show us how the Church uses the greatest achievements of man to give glory to God.

However, Catholic culture is unique because individuals do not just create it. It is also passed down through tradition. The preferred form of music in the Church, Gregorian Chant, is like no other form of music. It is exclusive to the Church and there is nothing that is comparable in secular culture. It is beautifully summed up in the Vatican II document Sacrosanctum Concilium: “116. The church acknowledges Gregorian chant as specially suited to the Roman liturgy: therefore, other things being equal, it should be given pride of place in liturgical services.”

We are immensely blessed to have the opportunity to experience the incredible history and culture of the Holy Catholic Church at its heart. Rome, the Eternal City. Let us not lose focus as we embark on a pilgrimage to these holy sites and experience this Catholic culture for ourselves and remember that this is not a just a trip to Rome to see cool stuff and eat gelato.

2017-03-06
Previous Post: Fine Arts Column: Holding the mirror up to nature
Next Post: Letter from the editor: I disagree with you, I don’t hate you