Austria Adventures: Watching the election from Rome; the pope as peacemaker 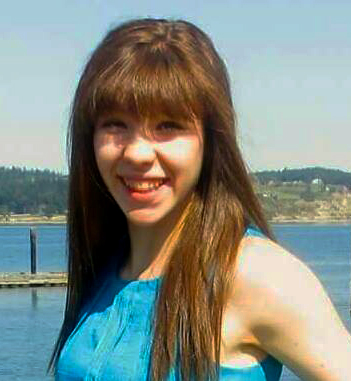 As everyone knows, we had an election this past week. And as many of you know, we Austrian students filled out our absentee ballots to vote as our civic duty. However, what you may not know is that we were in Rome, the heart of our Catholic faith, when we were hearing the results of the election. And some of us, including myself, were in the very heart of our Church in St. Peter’s Basilica attending the papal audience.

Unfortunately, I do not have my cell phone as of right now because of an incident with water. However, if I did, I think I would’ve missed this rather strange occurrence. Those who had international data were glued to their phones, and those who didn’t were either oblivious or didn’t care too much about what was going on in the states. As a political science minor, I cared, and it was driving me nuts to not be able to know what was going on with a play by play.

However, I realized very quickly that this may very well the last time I would be in Rome in St. Peter’s Basilica, so I might as well live it up and be present rather than be worried about what was going on in the states. Somehow, I was still on the edge of my seat both literally and figuratively due to the fact that not only was I prepping to see Pope Francis for the third time in my lifetime (who else can say they’ve seen the pope three times? Only a Franciscan student), but we were also going to have a new president elect.

I woke up early that morning to check the polls on my laptop before getting ready to see the pope. Trump was winning. I was confident that he would win, but there was still a slight chance of Hillary Clinton catching up.

I didn’t hear much else after that until all the votes were counted and Clinton conceded, which I found out while at the Vatican. Once I found out that Trump was going to be our new president for sure, I was elated. Finally, I could put my full attention on what was truly happening: being able to witness what true leadership is by seeing our leader, Pope Francis.

I was lucky enough to be in line for the bathroom as the pope was driving by, and it put me in a direct front seat right up on the barrier of the opposite side of our “Franciscan University Austria Program” banner. Pope Francis waved directly to a few friends and me on one side and then gave the thumbs up to the other Austrian students on the other side.

Let me say that again. Trump won the election, and we have Republicans dominating in the government and the pope gave our university a thumbs up. In other words, Franciscan University of Steubenville has approval from the pope himself. How blessed are we?

It was so awe-inspiring to be able to experience the pope as a beacon of peace in such a stressful time. Amidst a bustling city, time seemed to stop for a moment to watch Pope Francis address millions of followers, similar to what Trump did later that day, although his address was for different reasons.

Our beloved United States is far from perfect, but finding out that our nation has the potential to be more loving and more “Christian” in the Vatican of all places gives me and my colleagues in Austria a hope for peace in the United States. We are constantly praying for the safety of all and the leaders of our great nation from overseas.

2016-11-18
Previous Post: Catholic Values Column: Acting with peace in the face of debate
Next Post: Letter from the editor: Life goes on, but what is next?