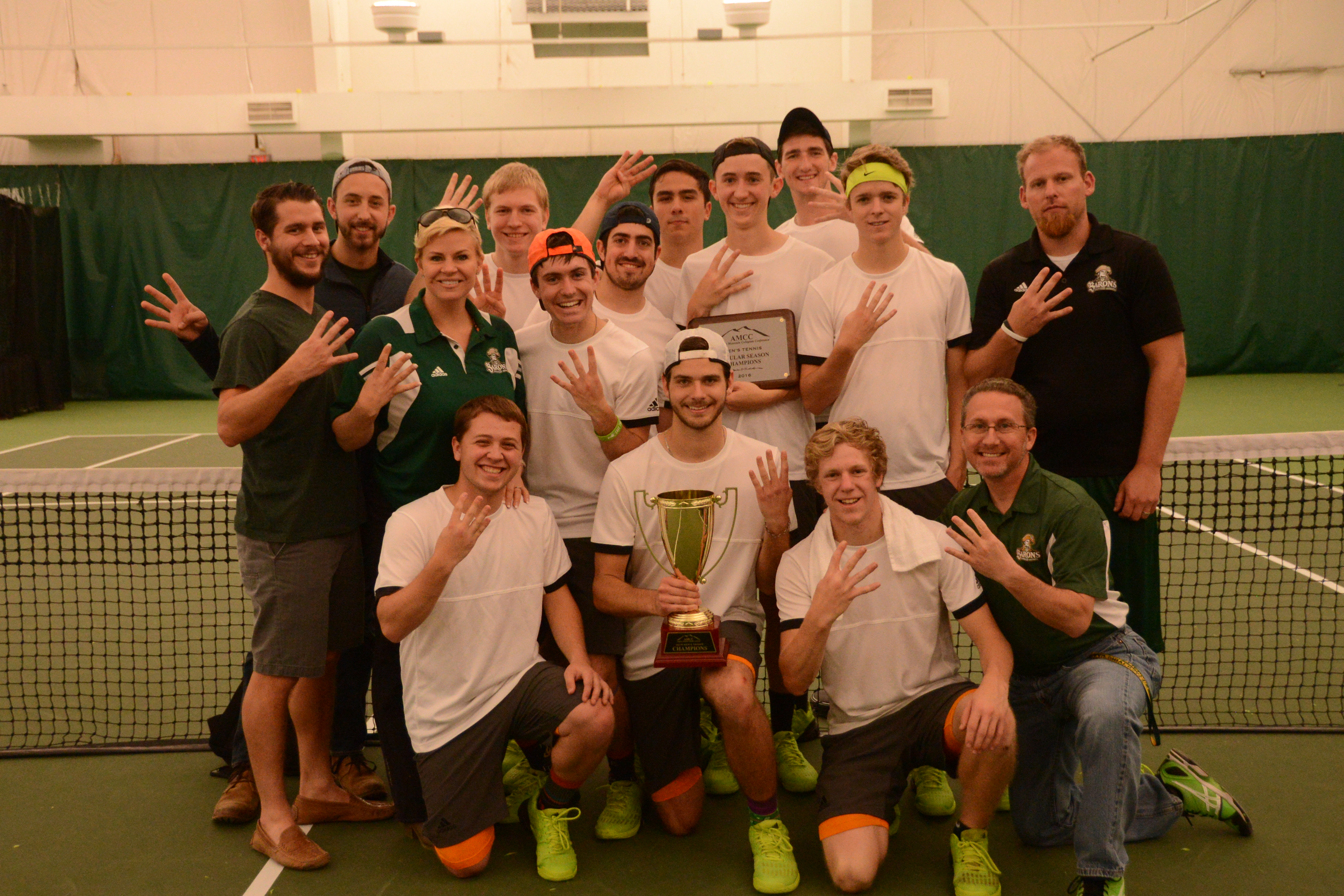 “I told the guys earlier that it’s not something we deserve, it’s something they’ve earned,” Head Coach Jeremy Ellis said. “We’ve earned one more day, one more match.”

Since conference tournaments are only played to a decision, winning all three matches in doubles play is crucial in securing the overall win. The Barons earned the first point of the afternoon as sophomore Connor Jooste and freshman Richard Watson had an 8-1 win at No. 3 singles. Just a few minutes later, seniors David Freytag and Zachary Quiza won their No. 2 doubles match 8-2 to secure Franciscan’s second point.

Meanwhile, on court No. 1, sophomores John Gallagher and Jarek Sulak were struggling against their Bobcat opponents. The two sophomores were down 3-2 before breaking and then holding serve to go up 4-3. Both teams traded games until Gallagher and Sulak took a 7-5 lead and, after multiple deuces, dropped it and then were broken for a 7-7 tie. After two more close games, the sophomores pulled out a 9-7 win to give Franciscan a 3-0 lead heading into singles play.

“John and Jarek struggled in doubles,” Ellis said. “Even with their struggles, they pulled out that match and put us up 3-0, which is where we want to be after doubles.”

Ellis continued, “When you are playing a doubles team who is playing well and has a big server on top of that, it makes it tough. You have to be on top of your game with a guy who hits that hard. You just have to stay focused. I think they got out of focus a little bit. John and Jarek made it harder than it needed to be but that team played well.”

After a shaky No. 1 doubles match, every single Baron player stepped up his play during singles, especially Gallagher and Sulak. Gallagher won his No. 3 singles match at love, 6-0, 6-0 for Franciscan’s fourth point while his doubles partner Sulak was not far behind with a 6-2, 6-0 win at No. 2 singles to send the Barons to the conference finals.

“John and Jarek both came in clutch and won those two points quickly,” Ellis said. “They definitely redeemed themselves in singles. The good thing is, watching all the singles matches, all the guys elevated their level (of play). It was good for them to work out a little bit of nerves and to start hitting well. Across the board, everyone won the first set so everyone is in a good spot.”

Franciscan now advances to its sixth straight conference finals after winning the past three years in a row. The Barons look to become the first team in AMCC history to win four consecutive conference championships.

“This is my sixth year in the finals and we’ve won four out of the five we’ve played,” Ellis said. “It’s nice being here. Our goal is to play well tomorrow (in the finals).”