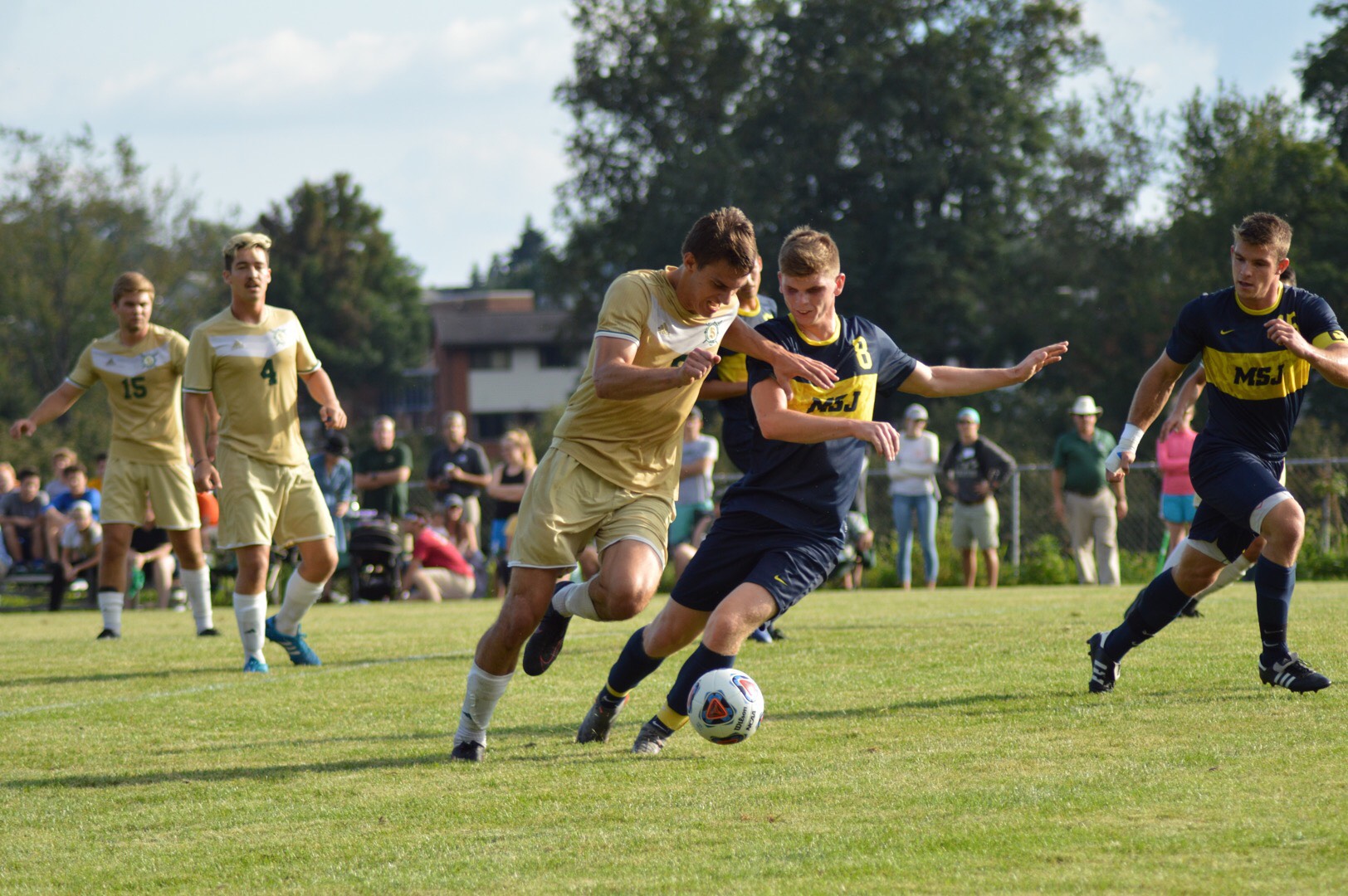 Franciscan University’s men’s soccer dominated the scoreboard against Mt. St. Joseph on Friday, September 15, with a final score of 4-1 to improve to 5-1 in a fall season characterized by on-field confidence and communication.

Just six minutes into game action, the Barons registered their first goal, off the foot of freshman JP Bobak. The midfielder, assisted by senior forward Leo Herrmann, scored his fourth goal of the season. Hermann launched a picture-perfect cross into the right quadrant of the Mt. St. Joseph box, leaving Bobbi to redirect the assist above the keeper’s outstretched arms.

Fifteen minutes of tight Franciscan defense later, it was again Bobak’s turn to impress, this time courtesy of a perfect cross into the box, where sophomore defender Ian Baldau was waiting to record his second goal of the season. He sent the header above the keeper’s arms for the second time that afternoon, providing Franciscan the 2-0 lead.

The team successfully prevented all but one of Mt. St. Joseph’s shot attempts: a goal in the 81st minute, a distanced lob that found the net only inches beyond junior goalkeeper John Bolster’s fingertips.

The game concluded 4-1 in favor of the Barons, after Herrmann sent a penalty kick earned by freshman midfielder Sebastian Koehler decisively into the net. The win gives the Barons their third straight victory on the season.

After a 7 p.m. visit to Geneva College on September 18, the Barons next take to their home field on Sept. 20 at 5 p.m., when they will face off against Washington & Jefferson College.