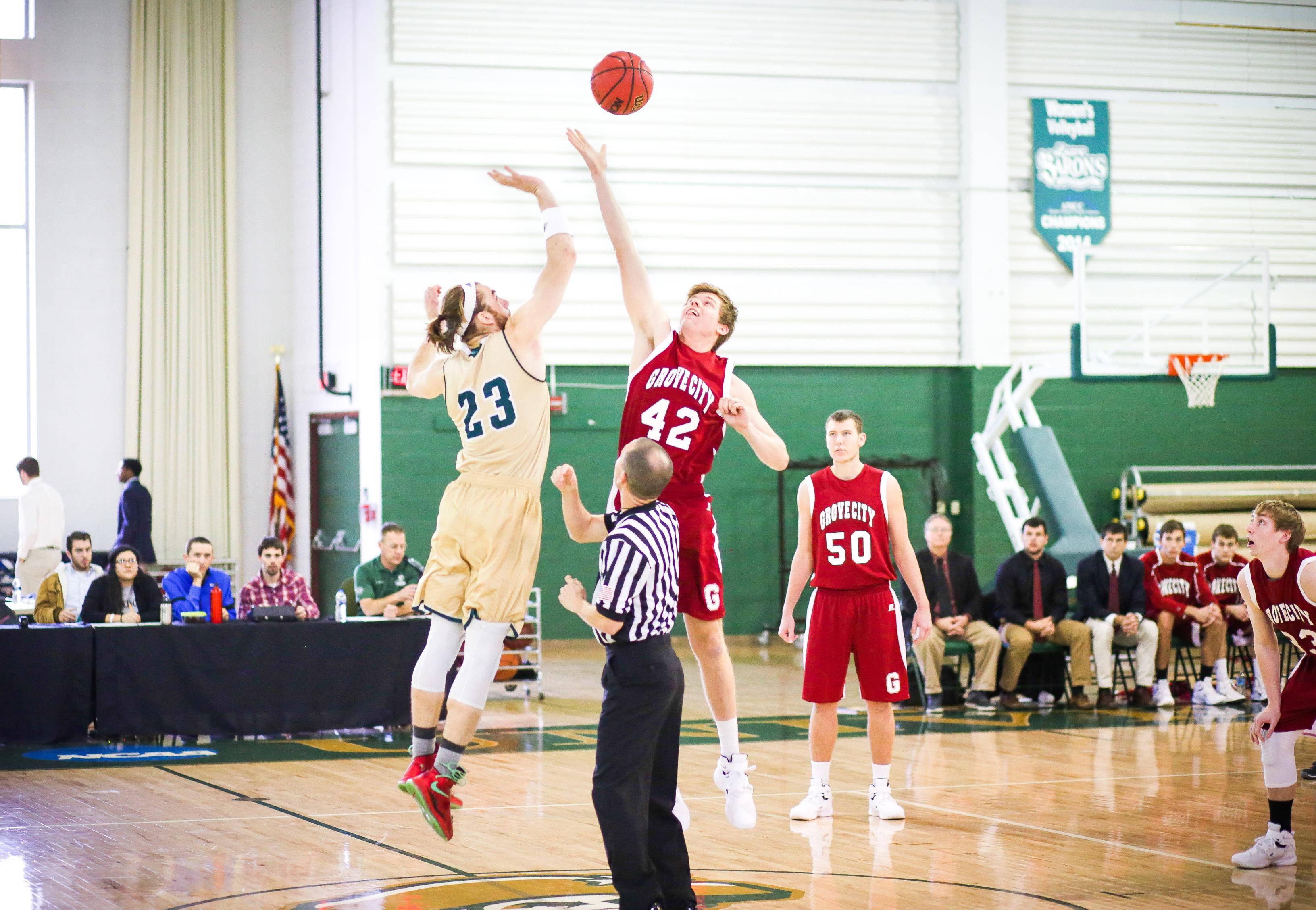 The crowd that gathered resembled the size of the crowd that came out to Midnight Madness, with eager fans cheering the Barons on and screaming whenever they made a good shot.

The game started with the Barons on the defensive side and despite the home court advantage, the first 5 points were by Grove City.

Baron team captain and senior guard, Christian Duke made the team’s first two points after a foul by Grove City.

Duke continued to lead the Barons’ scores with a total of 24 points. John Paul Dombrowski, a sophomore forward, also played well on the defense side, blocking shots from Grove City.

Thanks to Grove City’s fouls, Franciscan made a good deal of its shots as free throws, mainly by Duke. Grove City had a total of 15 fouls and the Barons had 10.

During half time, freshman Clarice Orteza performed a dance baton routine to “Shut Up and Dance” by Walk the Moon.

The Barons’ next game will be Saturday, Nov. 21, at 3 p.m. at Muskingum University. Their next home game will be against conference opponent, Mt. Aloysius College on Wednesday Dec. 2 at 6 p.m.