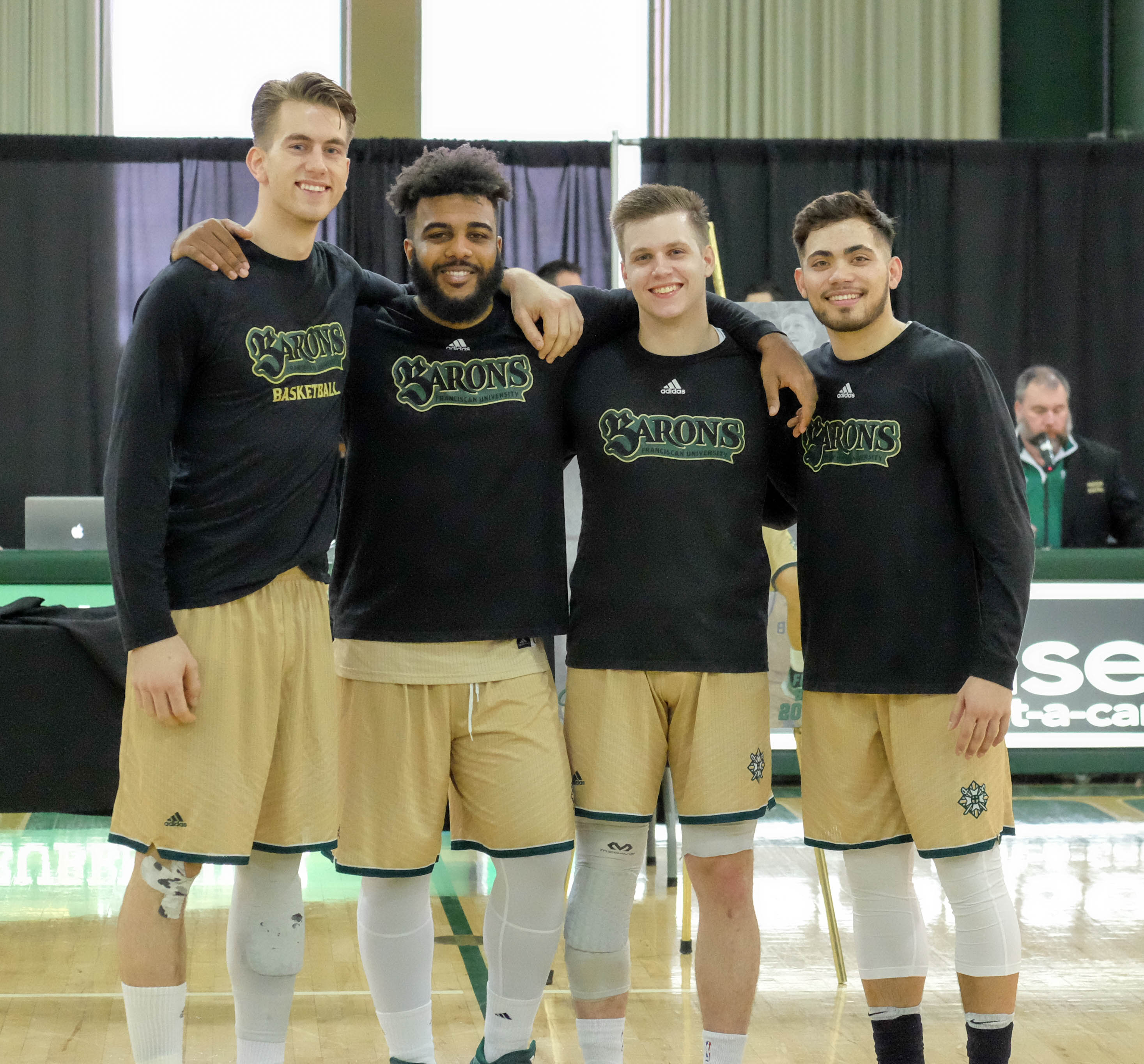 A 79-62 loss to conference opponent Medaille College put a 5-20 season into the record books, as the Franciscan men’s basketball team couldn’t overcome a 16-point halftime deficit on Senior Day.

Senior forward Garrison Holmes put the Barons on the scoreboard with nearly three minutes gone in the first half, a contested layup that saw him draw the foul and complete the back end of a three-point play on the ensuing free throw.

Seasoned center JP Dombrowski matched a subsequent Medaille College layup with one of his own, bringing Franciscan within one point, but a turnover and a Medaille jumper gave the Mavericks another layup and a five-point lead.

After more than two minutes of tight defensive play that kept both teams largely out of the lane, Medaille connected on two free throws and a following layup, giving them a 17-10 lead. Freshman guard Sean Hickey landed a jumper with just under nine minutes to play before the end of the half, but the Mavericks responded with two of their own.

With 7:37 to play, Divens beat his man to the arc and buried a deep three-pointer, bringing Franciscan within five. The Barons traded jumpers with Medaille, until Sablan missed a layup with exactly five minutes to play, and Medaille assumed its first double-digit lead, 29-19 on a short shot of their own.

The Mavericks added another three-pointer and three more jumpers before the half would conclude, to lead by 16 by the time the halftime buzzer sounded. Junior forward Juwan Perkins connected on one-of-two free throws, paired with a layup from sophomore speedster John Noce.

The Barons hung with their Medaille College competition; Sablan landed two layups in a 30-second span, the first off a beautiful assist from Divens. Divens landed a long jumper of his own only seconds later, the Barons now down 18. A jumper from sophomore center Matt Trent, who had averaged more than 16 points over the course of the team’s previous five contests, was offset by two Maverick free throws on their following possession.

The Barons began to find cracks in the Mavericks’ tight interior defense, as sophomores Josh York and Joseph Schriner landed layups with 15:48 and 15:32 remaining, respectively. Freshman center Joe Vernau made the most of limited minutes, registering a layup with exactly 12 minutes to play.

Noce recorded three more of his seven total points on an open three-pointer, bringing the Barons within 16. Sablan found more room to operate on another layup with 5:50 to play, two of his 17 points on the day, a season high for the senior in his final game.

Another Sablan layup and a short Dombrowski shot brought Franciscan within 13, but the Barons were unable to lessen their deficit as the game reached its conclusion. The game’s closing seconds saw freshman forward Dalton Davis record his first points since a Nov. 15 showdown with Chatham.

In an interview with the school’s athletic department, Head Coach Wallace praised his seniors for their persistence and dedication to athletes excellence. Said Wallace, “I am extremely appreciative of this group of guys for sticking through this. … They have laid the groundwork for what is to come and their hard work and resiliency will spread throughout this place.”