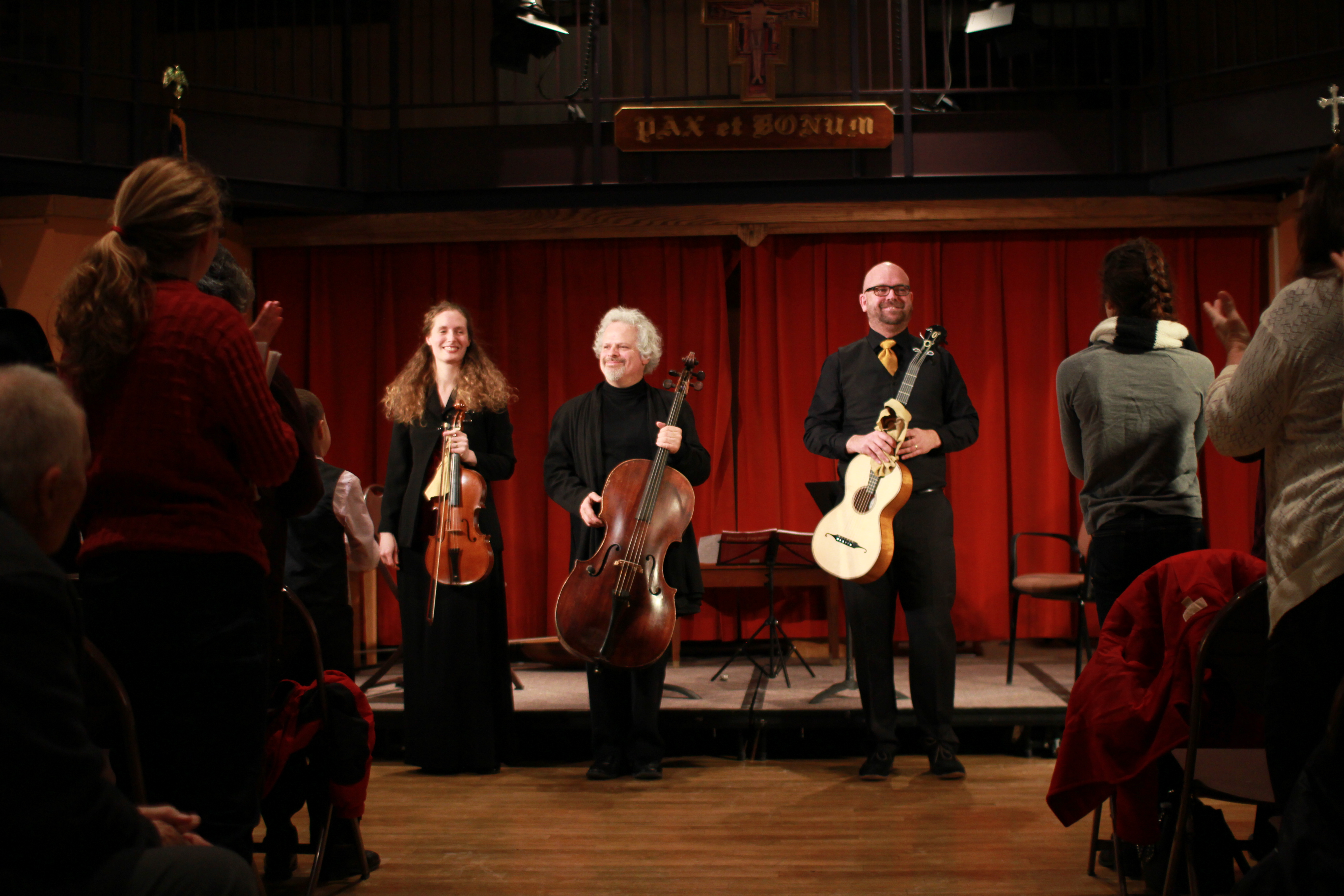 Three Apollo’s Fire musicians performed a free concert at Franciscan University of Steubenville on Sunday, Feb. 22, in the Gentile Gallery of the J.C. Williams Center.

Apollo’s Fire is an orchestra of classical musicians from Cleveland, Ohio dedicated to performing Baroque music with passion. They are named for the classical god of music and the sun.

The trio is comprised of Karina Schmitz, violin and viola; René Schiffer, cello; and Simon Martyn-Ellis, guitar. They performed works of Antonio Vivaldi and Johann Sebastian Bach, including Vivaldi’s concerto for lute in D major and Bach’s Sarabande from cello suite no. 6.

“Anyone can play Baroque music, but the study they put into learning the history of Baroque music really showed,” said freshman Ashley Tipton, who is double majoring in psychology and sacred music. “Listening to Apollo’s Fire was like taking a trip back in time.”

Hailed “the U.S.A.’s hottest baroque band” by Classical Music Magazine, Apollo’s Fire made its London debut in 2010 on a BBC broadcast. As its “home base” in Cleveland, the band enjoys sold-out performances for its subscription series, which has drawn national attention for creative programming. Apollo’s Fire has released 20 CDs, four of which have become best-sellers on the classical Billboard chart.

Apollo’s Fire has toured all over North America, making appearances at the Aspen Music Festival, the Boston Early Music Festival series, the Library of Congress, the Tropical Baroque Festival in Miami, the Ojai International Festival in California and many other venues.

This event was sponsored by the Franciscan University Fine Arts Society.