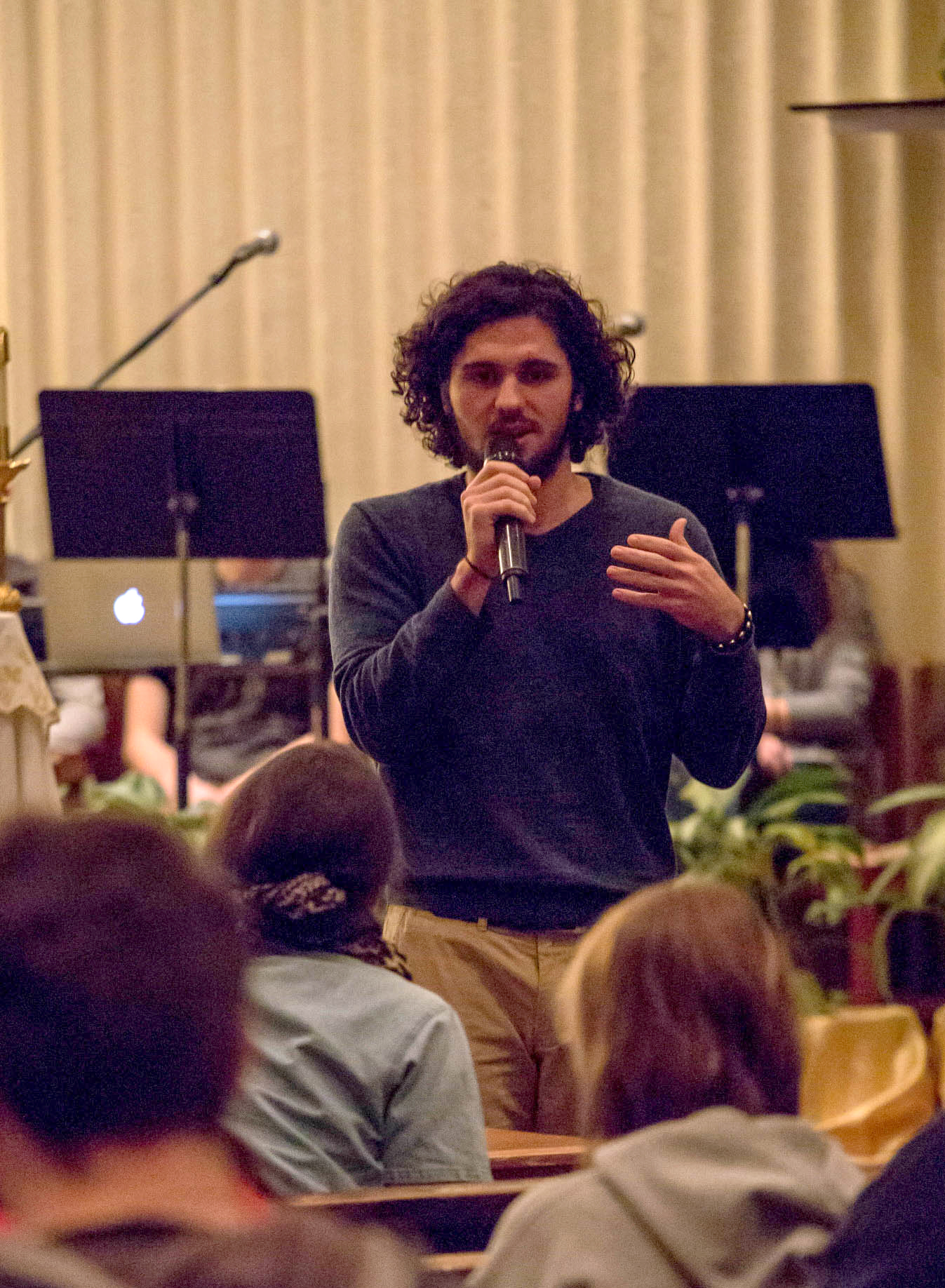 Every Tuesday night, scores of students enter Christ the King Chapel with the desire for an encounter with the Lord through praise and worship; yet many are not aware of this event’s history or all the work that goes on to make it easily accessible.

Praise and worship was not always a weekly occurrence at Franciscan University.

Dent said, “The first Festival of Praise started because the Eastern Triduum was during a longer break, so few students were left on campus. They wanted to have a celebration of Easter to praise the Lord, so they did some praise and worship together. They had a huge thing in the chapel, and it was like the equivalent of the Easter Vigil.”

That was the first Festival of Praise. The students knew that the event hit off well, so they continued doing it every month. From there, praise and worship became a weekly occurrence due to the demand.

The Tuesday night event is entirely student led. Dent explained that there are worship leaders who lead throughout the night or give a talk. The music team leads the worship, and the discernment team is composed of students whom people go to if they feel like they need to share something with everyone present. The intercessory team prays for the leaders, and everyone who attends. The prayer ministry team prays for people with their intentions and afterwards as well. Students can approach them and bring their intentions. There are also volunteers for slides and sound, said Dent.

Much preparation and practice go on behind the scenes for Tuesday night praise and worship before the night itself. Dent explained how all of the teams meet outside of Tuesday night to prepare for their roles. The music team will practice on Saturdays, while prayer teams will have formation meetings every week where they speak about many subjects such as personal prayer, charismatic gifts or how to be open to the Holy Spirit.

“The hope and goal of our office is to set up any possibility of an encounter with the Lord,” said Dent.“It is really a pivotal possibility to encounter God in praise and worship. We help to set the stage of it through songs and singing, and it touches an area of our hearts and souls that we might not have known is there.”

Dent also personally hopes that “everybody would encounter Jesus in a personal way and know His abundant love for us, maybe through praise and worship and, through the setting of the charismatic prayer, there could be a newness of life in the Holy Spirit.” She also said that praise and worship can be an opportunity for the students to offer thanksgiving for what the Lord has done in their lives and give back through the praise.

Praise and worship happens on Tuesday night every week from 9 to 10 p.m. in Christ the King Chapel. Everyone is welcome and encouraged to attend. If students would like to get involved in any of the teams, the best way is to approach Dent and speak to her about it.

2018-01-30
Previous Post: Students join Students for Life in programs to reach out with a message of life
Next Post: Speaker combines faith, science, reason to illuminate human dignity