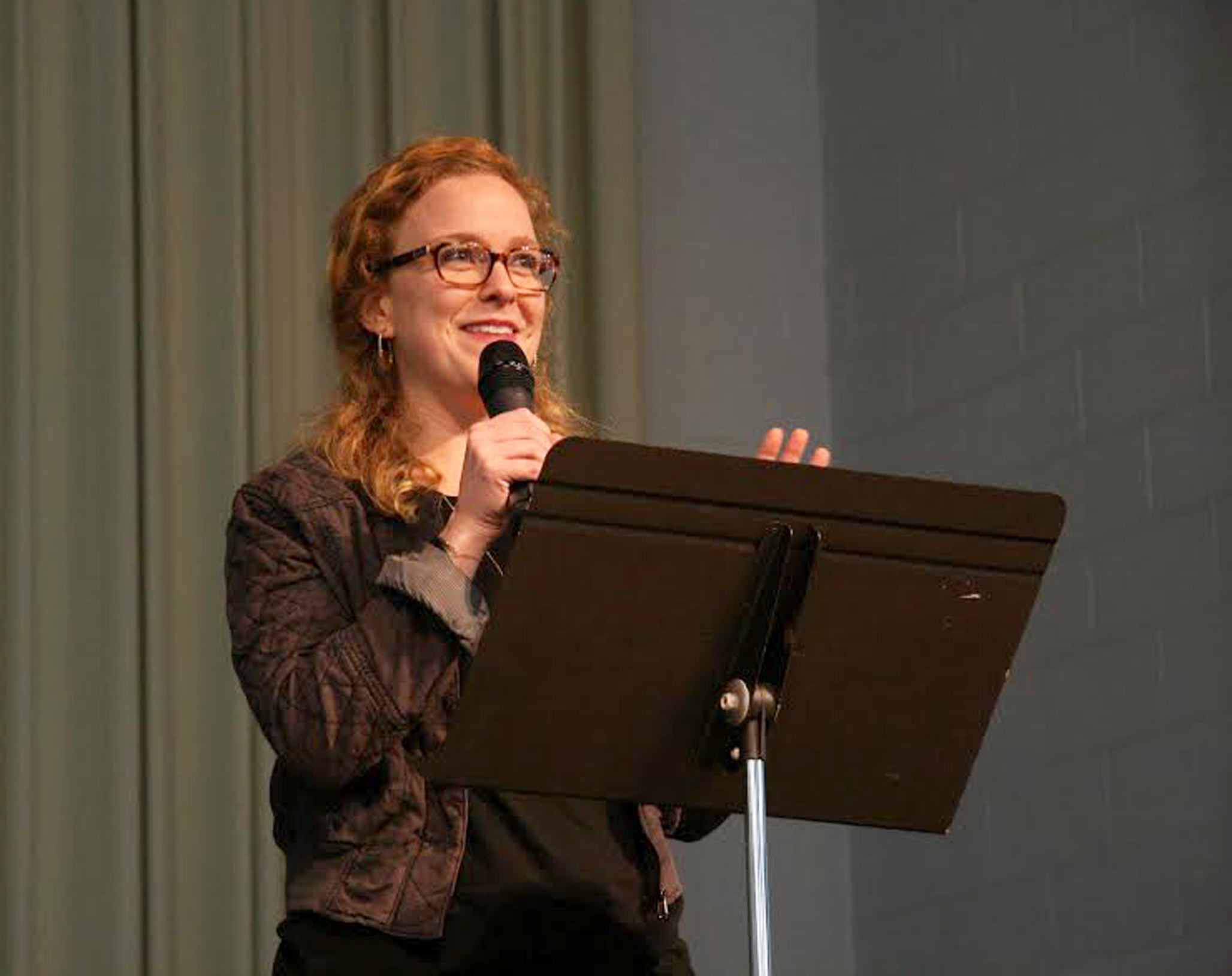 As Christian outreach can take many forms, on Saturday, Feb. 4, it took the form of the Man event and Beloved, two separate events that taught men and women to live authentically in today’s culture.

Both events contained similarly scheduled elements: a Eucharistic Holy Hour, Mass, praise and worship, gender-relative talks, and informal fellowship. The formula made for a night of information, friendship, and positive change.

Student Head of Women’s Ministry Alyssa Snyder, a member of the team responsible for planning the Beloved event, said the reliability of the women’s had something for everyone.

“This event keyed in on something so central to the human experience,” said Snyder.

“Having desires is characteristic of our humanity and is a gift from God,” said Snyder, “but we must remember … that these desires still need to be brought to God and transformed by grace.”

The conclusion of the Beloved event in Adoration, said Snyder, allowed the women in attendance to bring those needs and desires before God.

“We want to be magnanimous as Christian men,” said May.

Whereas the Beloved evening for women held Mass celebrated by the Rev. Rick Martignetti, OFM, at the event’s onset, the Man Event ended the night with the celebration of Mass by the Rev. Sean Sheridan, T.O.R..

Jarek Sulak, junior philosophy and theology major, said, “(The Mass) was amazing, and I really enjoyed how great the men’s choir was.”

On the women’s end, an impassioned talk by speaker Megan Mastroianni on feminine individuality and the necessity of a God-centered outlook really empowered the students present.

“(It) hit the message on the head,” said Katie Rhodes, a senior communications major. “Megan, Father Rick, and the Beloved team were amazing, and the night was so beautiful.”

Speaking on the men’s event increased attendance, May said that while he is unsure as to what led to heightened male attendance as opposed to other Men’s Ministry events, he credits the speakers with wonderful deliveries.

“Bob Rice’s talk spoke to a lot of men,” said May, “because he talked about not being able to live up to a false identity of manhood.”

Sulak said, “Father Dave’s talk was really inspiring,” in reference to a poignant address delivered by the Rev. Dave Pivonka, T.O.R., regarding submission to the Spirit.

“The entire event made me want to be a better man,” said Sulak.

The events uniquely addressed the difficulties which both genders face while attempting to conform the human will to God.

Snyder spoke on the peace which the women gathered were able to receive as a result of surrendering their own desires to Christ in the Eucharist.

Through a holy half-hour of adoration laced with praise and worship, the men, too, found the opportunity to lay down their struggles before the Blessed Sacrament.

Speaking on behalf of the men, May said the exposure to the Eucharist “was a very moving experience.”

May said “(The Mass was) the most beautiful way to live out God’s will by offering our lives and hearts to Him.”

Though aimed each at a specific gender, both the Beloved evening for women and the Man Event provided the opportunity for all of campus to re-evaluate the extent of the submission of their will to God. The results of such events will be felt throughout the course of the remainder of the academic semester, as this spiritual community seeks only to better conform to Christ.