Biology professor is ‘The Voice of the Barons’ 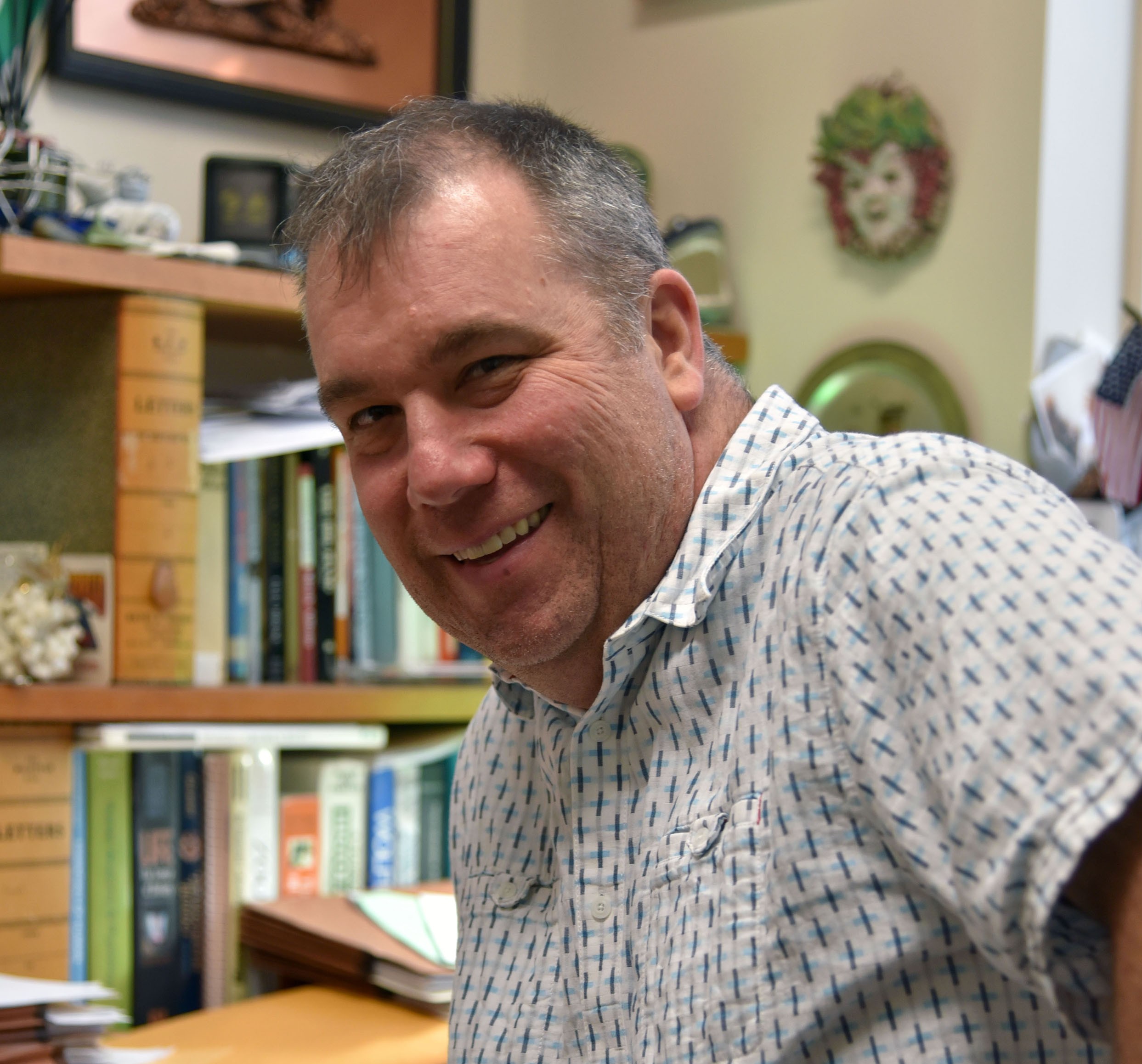 For five years now, a Franciscan University biology professor has been the key announcer at the Barons athletics home games.

Eric G. Haenni, or “Doc” as he is known by the Barons, holds a doctorate in zoology and is an assistant professor of biology at Franciscan. On the side, he enjoys being the “Voice of the Barons.”

“I’ve always been in some way, shape or form in front of people since I was very little,” said Haenni. “And so, this was an opportunity for me to kind of mix two things that I loved to do, and one of those is have that role to hopefully enhance game day or hopefully enhance home court advantages, and at the same time, I get one of the best seats in the house to watch the action.”

Although Haenni has covered various sporting events, his main focus is basketball and volleyball, but he has been a part of the Rugby Ruckus, Senior Day and cross country.

Haenni said that he will be covering softball’s Senior Day as the team has several seniors graduating.

Haenni said the importance of what he does is to show support for the Barons.

While it is important to display respect for the visiting teams, his job is to make them feel uneasy, but in a charitable way, said Haenni.

Haenni said, “You’re definitely not treating them the same way that you treat your homecrew … and the people who are fighting and bleeding for you.”

“There are winners and there are losers,” said Haenni. “And we want to be the winners. And even if we’re not playing up to our potential, you still (want to) make us feel like we’re the winners; we’re the better team, and we’re doing our best out there, so you want to celebrate as much as you can.”

Haenni said he enjoys being involved in the game, giving players nicknames, and helping the fans in supporting their team.

“It also helps me personally,” said Haenni, “because if I have students in class, and they see me out there doing the (announcing), hopefully for some of them, it causes them to recognize that I’m not just standing up in front of a lecture hall, and studying with them in labs, and working them through the paces of their academic career, I’m also part of the larger community.”

Haenni said, “What I do is not unique. … There are a lot of other professors that do a lot of things and activities on campus … so we’re all just trying to integrate and support the greater community and kind of allow for that sort of intermingling of the extracurricular and the athletic department, really trying to support our student athletics.”

He said, “It’s an honor to be part of that … and to add something to that environment, and to celebrate them. It’s the little things that make it as it is.”