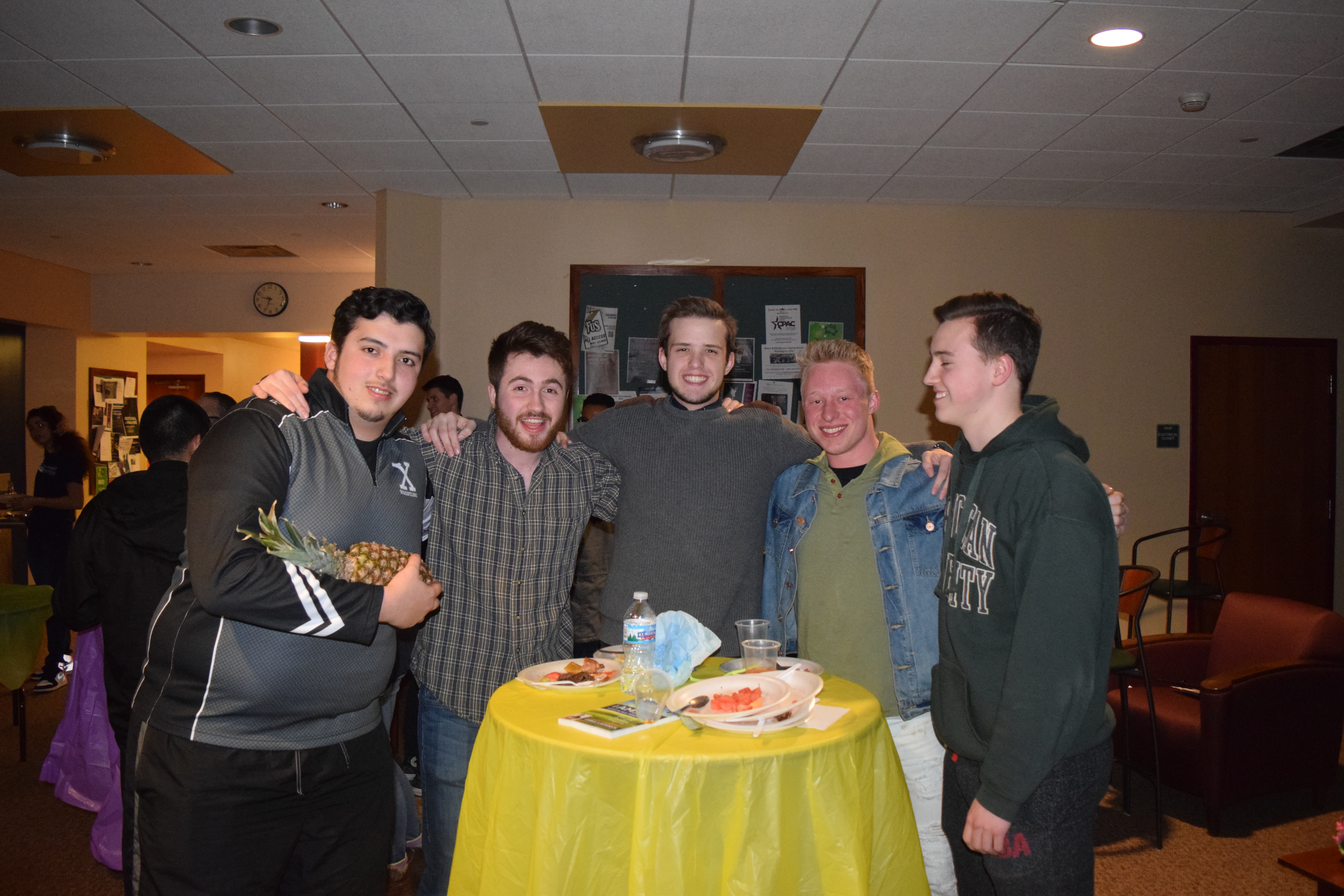 Starting at 9 p.m., attendees helped themselves to a variety of Brazilian foods and then danced to Latin American music. The space was filled with students as well as guests and families coming to the party after that night’s Festival of Praise.

“Brazilian Carnival is a tradition,” said Jaqueline Gonzalez, senior and president of Latinos for Christ. She said that “it’s a celebration of the start of Lent,” although it ended up being organized a couple of weeks into Lent this year.

Gonzalez said that a major part of the carnival is eating meat, as Catholics must abstain from meat on Fridays during Lent. “We have all types of meat just to celebrate the beginning of Lent,” Gonzalez said. Sides and desserts were provided as well.

“The food was delicious,” said freshman Elizabeth Castro. “It brought me back to home – my mom’s cooking.”

Other Latin American traditions were also incorporated into the dancing. The attendees were taught a traditional Mexican line dance called the Payaso del Rodeo, and everyone was able to participate in a large limbo competition.

A photo booth providing Brazilian masks and headpieces covered in beads and feathers was set up as well.

The event lasted just over two hours and had students leaving very satisfied. Many were dancing energetically to their favorite popular Latin American songs and learning new choreography.

“It was a great atmosphere,” said freshman Bianca Klapperich. “The music was very pumped-up and very exciting.”

“The party … was amazing,” said Castro. “The songs were great, and anyone who missed it missed out, sadly. It was the best party ever, hands down.”

Freshman Raquel Moreno said, “I loved that it brought a bit of Latin American culture to the students at Franciscan.”

Latinos for Christ has put on multiple successful dances for the student body before, and Gonzalez was glad with the work the group put in to the night’s Brazilian festivities.

“Everything turned out great,” she said.