Bringing the Living Stations to life 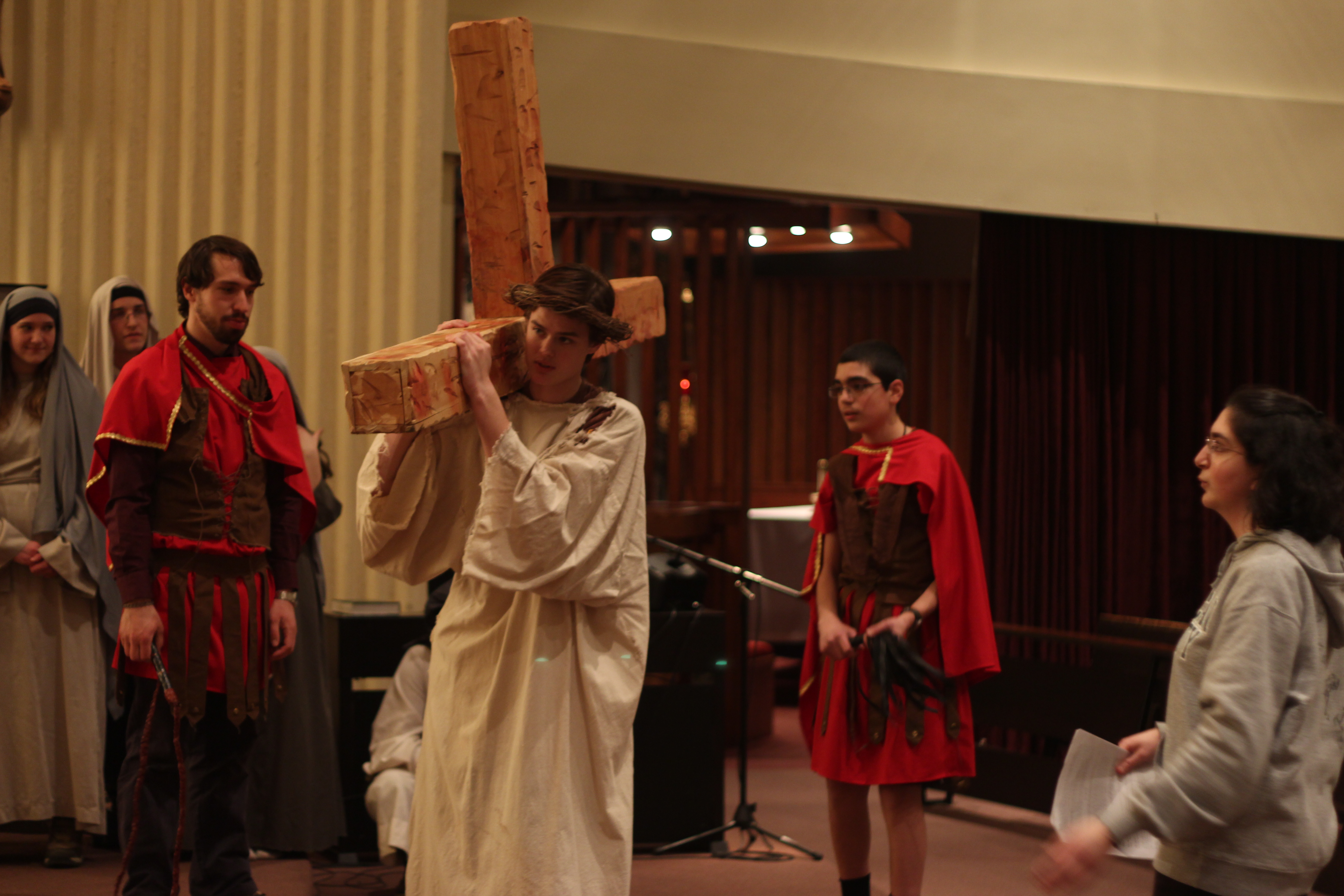 As Lent progresses, Franciscan University students are preparing for this year’s production of Living Stations, during which the audience will have a chance to see Christ’s passion acted out.

For the actors, performing can be an emotional experience as each person plays his part in his own specific and personal way.

“I think that’s what makes it new each year,” said senior Theresa Stano, who is playing Mary, “different people in different roles.”

Living Stations has become a tradition on campus. This year’s director, Joanne Sammut said that there are records of the student-run and student-acted Living Stations going back to 2005.

“It prepares you for Good Friday,” said Angela Richardson, junior, who acted in last year’s production. “It gives you something to visualize.”

But for the actors, the experience is much deeper.

Once a week, they rehearse in the chapel where they will perform during Holy Week, running through their scripts more slowly to learn the lines. Later rehearsals will involve costumes, props, makeup and, finally, music. The costumes have been passed down for years, with adjustments made for individual actors.

Acting in Living Stations, said Stano, is an opportunity for spiritual growth and ministry to students on campus. The actors develop a better relationship with one another and also try to get into the roles.

“I’m trying to portray in a worthy manner what (Mary) was actually going through,” said Stano. She first participated in Living Stations during her freshman year when she played the role of Mary Magdalene.

So far, the actors have only had a few practices.

The early practices, said Richardson, can be much more casual. Actors joke and laugh as they run through their lines.

“You have to shake your sillies out,” Richardson said. “There are some funny things, people saying the wrong line. At dress rehearsal, that’s when you put on your game face.”

As actors get into the roles, the atmosphere can be intense. Richardson described playing one of the members of the crowd and having to learn how to be pushed as the soldiers surrounded Jesus.

“You have to put yourself back into that time period,” said Richardson. “You view the Passion in a different way. Acting in the Living Stations has made the Passion more real. … It’s happening right in front of you; you’re part of it right now.”

Sammut has watched the performance many times, having been involved in previous years to help with costumes and snacks.

“(The students) take it seriously, not like acting,” she said. “It’s more of a meditation and a prayer.”

This year, the team is struggling to find enough actors, particularly for male roles. Having finished the initial wave of advertisements, they are considering different ways to reach out to people, including flyers and announcements at Mass. They are already using word of mouth and social media.

The next rehearsal will be Sunday, March 1 from 8 to 10 p.m. in Christ the King Chapel. Costumes will be handed out on Friday, Feb. 27. Living Stations performances will take place Monday and Friday of Holy Week.