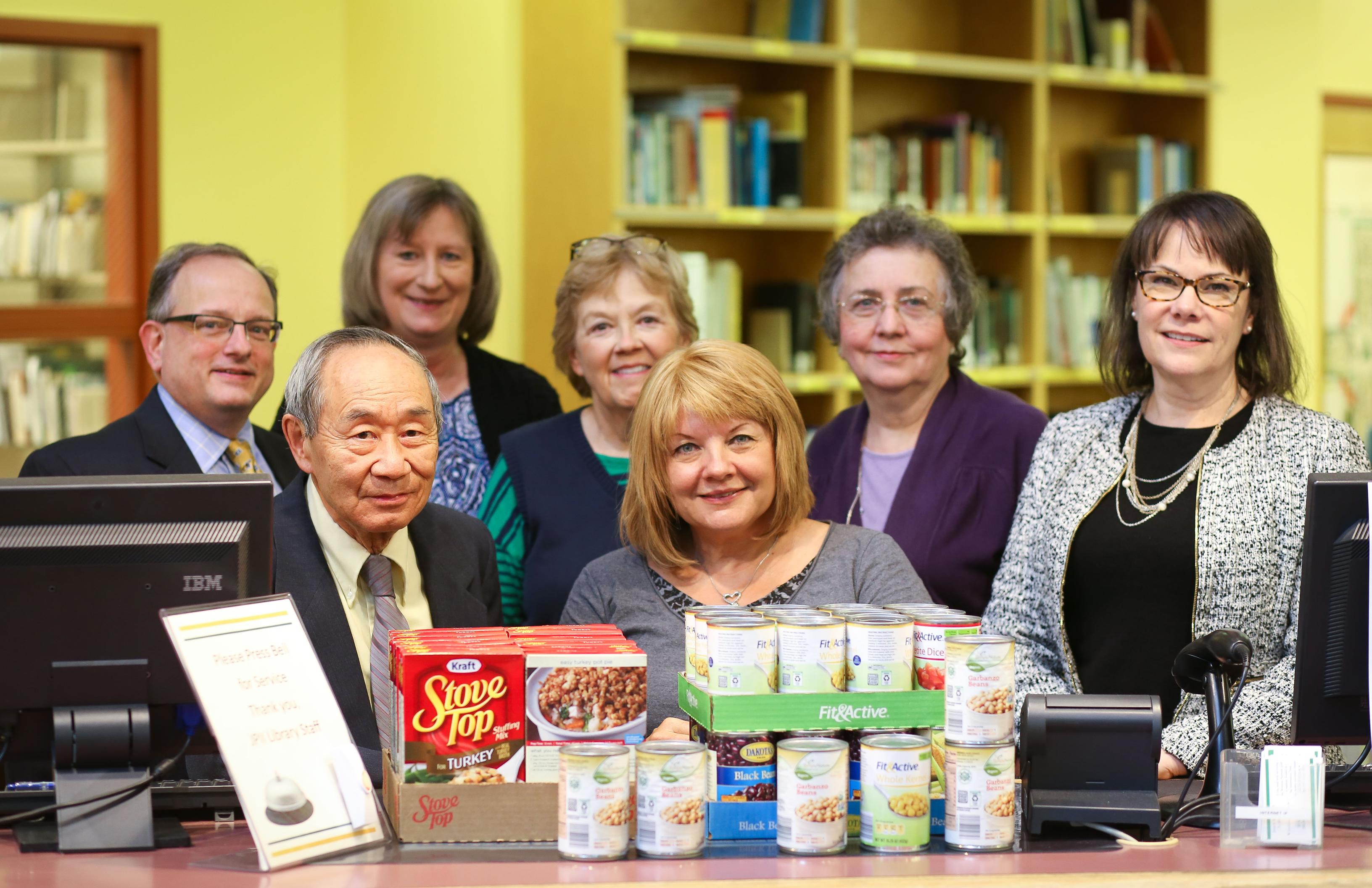 If any Franciscan University student aims to move on from a past library fine while simultaneously contributing to a good cause, he or she needs look no further than seasonal canned foods.

​Until Thanksgiving break, students seeking to pay off a fine may do so in purchasing canned foods, and subsequently donating the foods to a receptacle either in the university bookstore or in the St. John Paul II Library.

As a bonus, each can costs only 69 cents if purchased on campus, yet for each can donated, $1 will be subtracted from the total amount of fines owed by the student to the university.

The food will be donated to The Samaritan House in downtown Steubenville.

​LuAnn Boris, assistant library director for the St. John Paul II Library, said that she originally discovered the can donation campaign at MercyHurst University in Erie, Pennsylvania. After a discussion with the rest of the library staff, a decision was made on the part of Franciscan to adopt the campaign, she said.

​Loretta Gossett, head of public service at Franciscan University, credits the effect of Franciscan’s campus for the generous donations received by the campaign.

“This gives students an opportunity to give back,” Gossett said. “They’re so happy to give food away, that they bring extra!”

​Both Gossett and Boris noted that students, and anyone on campus, may donate even without an outstanding fine on their accounts.

“People don’t have to have fines in order to donate food,” said Gossett. “If people have cans and don’t want them, we’ll take them.”

​Boris credited the university bookstore for its contribution to the success of the overall campaign.

“John Recznik the (bookstore) manager called and said he’d like to help us out,” said Boris.

Regarding the measure of its contribution, she said, “They go buy cans, they get them here, and they display them, and we could not do this to the extent that we do without them.”

​The cans of food are collected and stored by the university, said Boris. As Thanksgiving approaches, all donated cans and food items are delivered to the Samaritan House pantry, she said.

In 2014, the first year of the “cans for fines” campaign, Franciscan University was able to deliver more than 600 cans and food items to the pantry, continued Boris. Now, in the donation drive’s second year, hopes are high that Franciscan University can surpass that 600-can mark, she said.

​The Samaritan House, which gladly accepts these and all donations, is one of 48 established aid centers “committed to fostering personal safety, growth and self-sufficiency in adults and their children through the freedom from domestic abuse and homelessness,” according to its official mission statement.

The collected canned food items will go a long way toward helping the Steubenville location to maintain that commitment over the Thanksgiving holiday.

2015-11-05
Previous Post: World Congress of Families IX gathers interfaith crowd of pro-life, pro-family advocates
Next Post: Letter from the Editor: The value of casual dating, be brave, be a friend