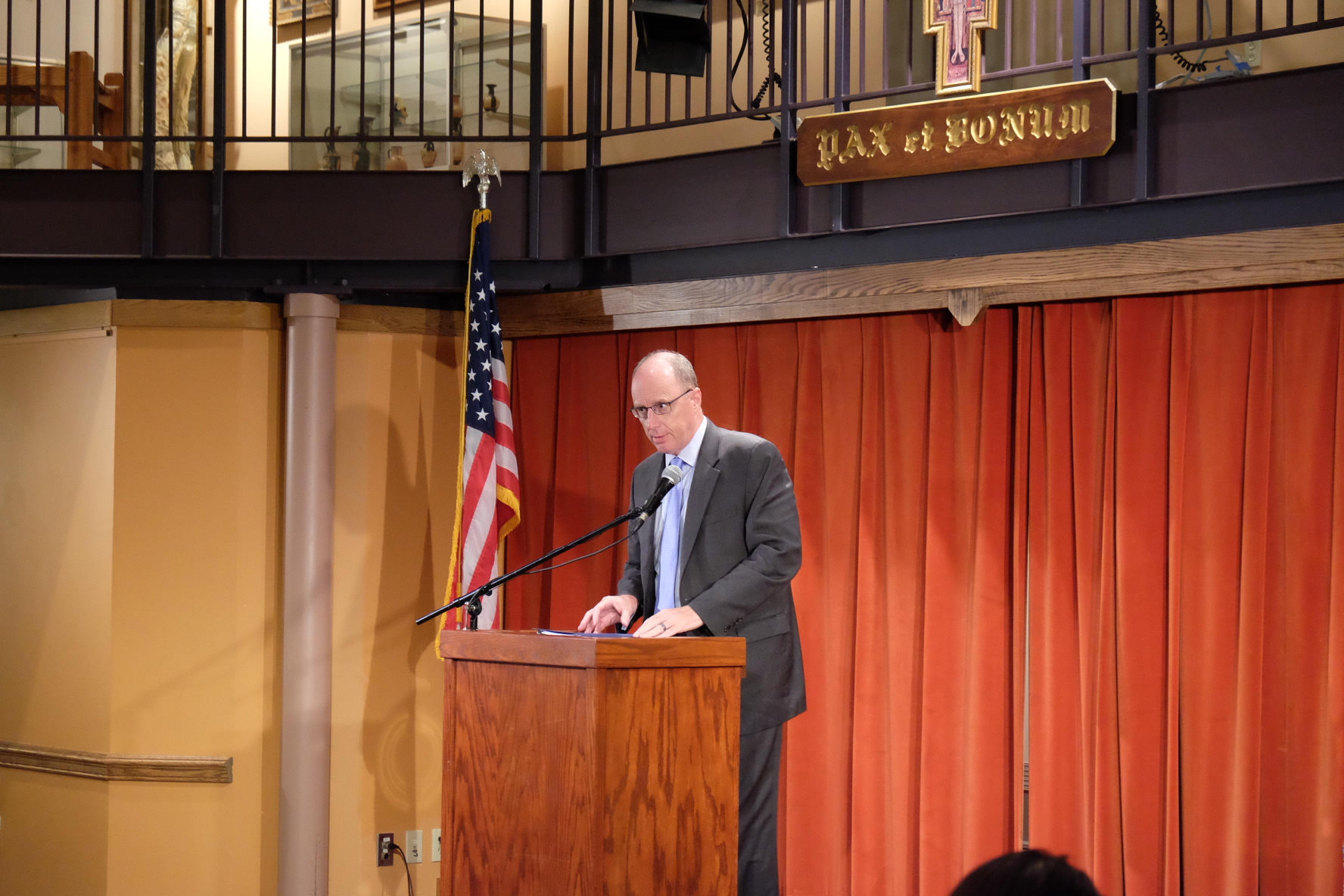 On Thursday night, an expert on Cardinal Henry Newman challenged the Franciscan University community to understand the importance of tradition in their quest for truth.

In his lecture “Newman’s Development of Doctrine: Tradition as a Form of Discernment,” Duke University professor Thomas Pfau, who holds a doctorate in comparative literature, explained Newman’s view that tradition is necessary for understanding and appreciating truth.

Pfau said that tradition isn’t a collection of arbitrary rules; it is the wisdom of generations guided by the Church.

He elaborated on Newman’s idea of “assenting” to truth. Truth is often unclear to the human mind, but it is a gift deserving trust and requiring humility, according to Newman.

Authoritative tradition is essential, said Pfau. It resists relativism because it tests ideas over generations, to separate truth from personal opinion.

Franciscan University professor John Crosby, who holds a doctorate in philosophy, responded to Pfau by explaining ways the tradition leads to conversion. He said that this is growth on a personal level as well as a universal level. Personal engagement is where tradition is connected to discernment and conversion, he said.

According to Pfau, Newman’s ability to trust the authority of tradition allowed him to overcome “great doubts.” Tradition played a central role in Newman’s own conversion to Catholicism from the Church of England.

Pfau’s lecture revealed that Newman followed his own advice humbly to trust tradition by accepting that mysteries are at the heart of truth.

Pfau also stressed that Newman’s outlook was unique for his time. During Newman’s life, tradition was viewed skeptically by both sentimentalists and historians. His belief in the importance of authoritative tradition was as countercultural then as it is now.

The lecture was challenging, but as freshman Rebecca King noted, it was “enriching.” She appreciated how much depth Pfau included.

Freshman Annie Arvidson added that Pfau was “really passionate about the topic.”