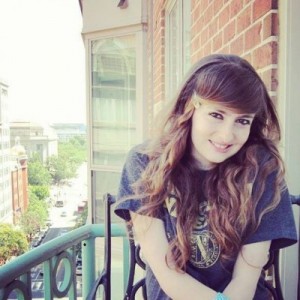 In a long overdue declaration, Secretary of State Sen. John Kerry declared March 17 that the actions of ISIS toward Christians and other minority groups in Syria and Iraq is genocide.

Kerry said that the Islamic State, “castigates Yazidis as, quote, ‘pagans’ and ‘devil-worshipers,’ and we know that Daesh has threatened Christians by saying that it will, quote, ‘conquer your Rome, break your crosses, and enslave your women. … Shia Muslims, meanwhile, are referred to by Daesh as, quote, ‘disbelievers and apostates,’ and subjected to frequent and vicious attacks.”

While it is true that this recognition of these minorities is better late than never, it is still a travesty that this declaration has come after 170,000 Christians and other faith minorities have lost their lives due to the hand of ISIS.

Breitbart News reports that four years ago, there was a population of 400,000 Christians living in Syria. Today, between 45,000 and 65,000 Christians remain in the region.

The tragedy of the lateness of this recognition of this ongoing genocide is that as leaders of a free country, we should have been calling out and taking measures actively to engage and stop ISIS before letting this escalate to the seriousness of genocide.

A story in the Christian Post recalls one of many thousands of heartbreaking stories about the situation in Syria and beyond.

A “Virginia-based Christian Aid Mission reported last week that back in August IS militants killed a 12-year-old boy, along with 11 other indigenous Christian missionaries, because they refused to leave their homes or renounce their faith. ‘All were badly brutalized and then crucified,’ a ministry leader said of the victims. ‘They were left on their crosses for two days. No one was allowed to remove them.’”

This is just one chilling story of thousands of other stories. As members of the universal church, it is our duty to be offering up our own smaller sufferings in solidarity with those of our brothers and sisters facing persecution. As we transition from Lent to Easter, let us challenge ourselves not only to pray for our extended family in the church but actively to speak out for them in our churches, schools and places of work.

While it takes more than one person to end genocide, collectively raising our voices up in unity and engaging our political and church leaders will lead to change.

Christ said, “Whoever acknowledges me before others, I will also acknowledge before my Father in heaven” (Matthew 10:32).

By remaining silent to the plight of our brothers and sisters in Iraq, Syria and beyond, we are in fact denying Christ. By speaking up on their behalf, we are acknowledging the living presence of Christ in the world today. He is especially present in the wounded, suffering and persecuted. It is our duty to answer the call and welcome Christ in the person of the persecuted.

“For I was hungry and you gave me food, I was thirsty and you gave me drink, a stranger and you welcomed me, naked and you clothed me, ill and you cared for me, in prison and you visited me.’ Then the righteous* will answer him and say, ‘Lord, when did we see you hungry and feed you, or thirsty and give you drink? When did we see you a stranger and welcome you, or naked and clothe you? When did we see you ill or in prison, and visit you?’i And the king will say to them in reply, ‘Amen, I say to you, whatever you did for one of these least brothers of mine, you did for me” (Matthew 25:35-40).