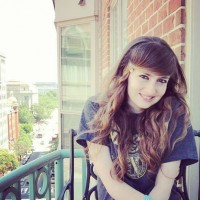 On Oct. 1, nine people were killed when a gunman opened fire at Oregon’s Umpqua Community College.

One fact about this shooting separates it from almost all other shootings. According to an article in the New York Post, the gunman, Chris Harper-Mercer, singled out Christians during his shooting rampage.

The article reports, “[He started] asking people one by one what their religion was. ‘Are you a Christian?’ he would ask them, and if you’re a Christian, stand up. And they would stand up and he said, ‘Good, because you’re a Christian, you are going to see God in just about one second.’ And then he shot and killed them,” Stacy Boylen, whose daughter was wounded at Umpqua Community College in Roseburg, Ore., told CNN.”

The victims who gave witness to their faith are indeed modern day martyrs. They had the choice to acknowledge Christ or deny him, and they chose Christ over their very own lives.

This incident hearkens back to the 1999 Columbine High School massacre, in which 12 students and one teacher were murdered by students Dylan Klebold, 17, and Eric Harris, 18.

Cassie René Bernall was a 17-year-old high school student who was murdered at Columbine High School. It is reported that she was asked by her shooters if she believed in God. She replied yes.

As a memorial to Bernall’s faith, Christian music icon Michael W. Smith wrote a song about her courage. The song is titled “This is Your Time.” There is actually footage of Bernall speaking about her faith, recorded some time before the fateful day at Columbine High School.

There has been an outpouring of support on social media for those who lost their lives as well as for the families of the victims.

One hashtag that has been trending is #IWouldSayYes. A Facebook post from Christian entertainment page, FaithIt, reads, “In a moment where their faith was pushed to life or death they chose Jesus and today they are with Him in paradise. Our thoughts and prayers go out to the victims and their families. We’re praying we would stand boldly for Christ like these people did. If you feel the same, please pass it on. #IWouldSayYes.”

Presidential candidate Ben Carson has come out in strong support of the Christians who were martyred at Umpqua Community College. He has joined countless others in changing his Facebook profile picture to a simple photo that says #IAmAChristian, posting this message with the picture: “Please consider changing your profile picture to honor the victims and their families.”

President Obama has made no comment on the targeting of Christians in the shooting. He used the opportunity to call for a greater amount of gun control.

He said, “And what’s become routine, of course, is the response of those who oppose any kind of common-sense gun legislation. Right now, I can imagine the press releases being cranked out: We need more guns, they’ll argue. Fewer gun safety laws. Does anybody really believe that?”

As long as there are unstable people in this world, there will always be gun violence and all sorts of other violence. The real tragedy is that people here in the United States of America are being targeted and killed for their faith, and our president does not respond to address this gross intrusion of freedom.

May this heartbreaking occurrence at Umpqua Community College foster deep soul searching in our commitment to Christ. The students in Oregon and those 16 years ago at Columbine High School, including Cassie Bernall, had the courage not to deny Christ in the face of death. May their example leave a lasting impact on our lives.

“What if tomorrow
What if today
Faced with the question
Oh, what would you say?” –Michael W. Smith, This Is Your Time