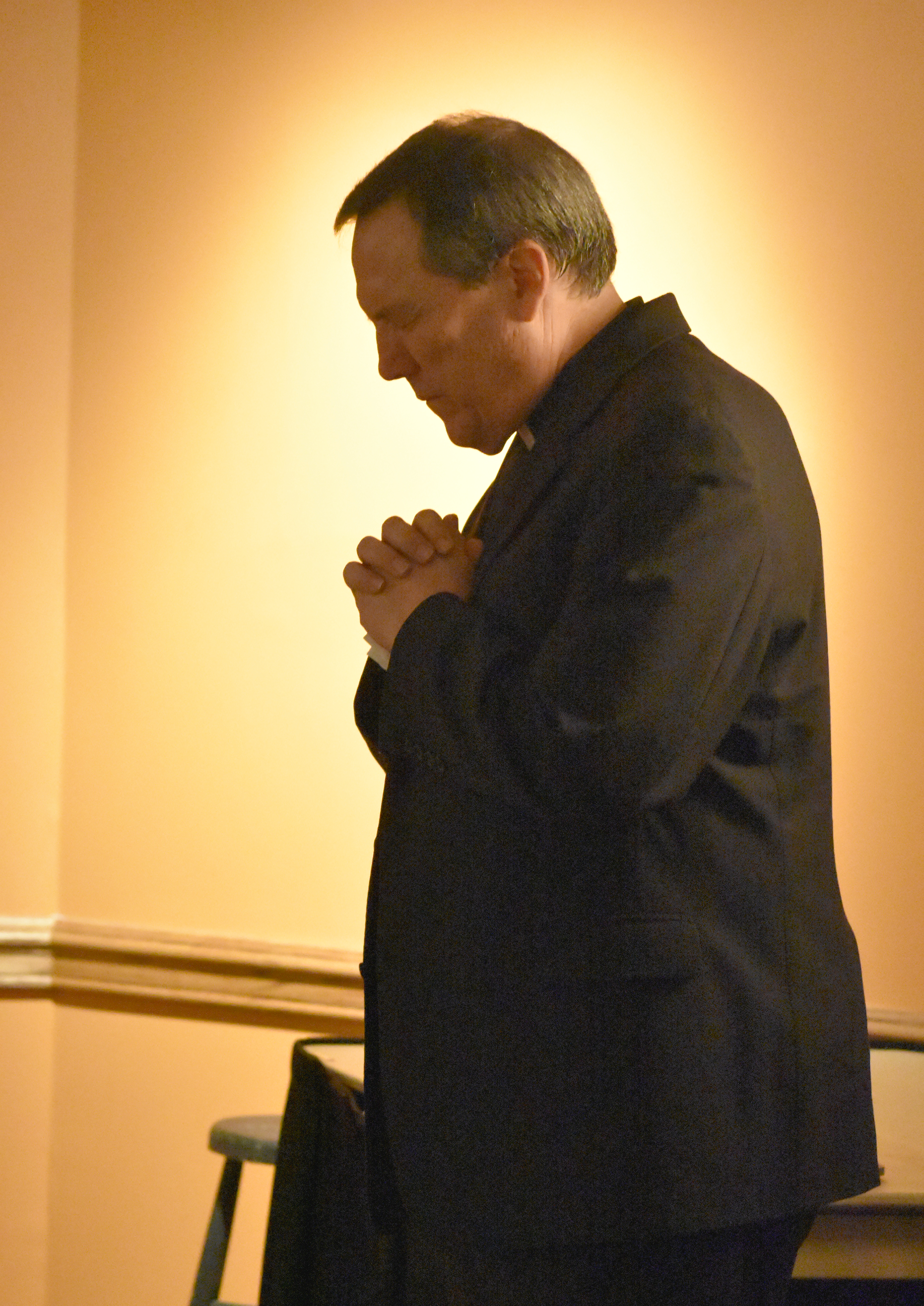 It is in people’s best interest to discern their vocation, said a renowned moral theologian during a talk at the annual Student Leadership Summit, held Friday and Saturday in the Gentile Gallery.

Speaking to more than 200 students during the weekend, the Rev. Peter Ryan, SJ, gave three talks over the course of the weekend regarding personal vocation and each person’s responsibility to seek out his or her calling in life.

Ryan, of Sacred Heart Major Seminary in Detroit, Michigan, focused his first talk Friday evening on “doing whatever Christ tells you,” as the Virgin Mary told servants at the Wedding at Cana when Jesus turned water into wine.

“Those who follow God’s will, will find his heavenly kingdom,” said Ryan. “The kingdom is the ultimate end of everything we do, and our character is created by the free choices we make.”

“God wants all of us to be great saints, but not the same saint,” he said.“He gave each of us unique obstacles to overcome in order to become saints.”

Ryan also said that individuals cannot fully be pursuing intimacy with Christ if they are not fully discerning God’s plan for their life. He said that discernment of personal vocation is the discernment of the greatest good in one’s life, and because of this, it is the surest path to happiness.

“It is in your best interest to discern,” Ryan told the assembled students, adding that their focus should not just be to avoid sin, but to find true fulfillment in pleasing God.

All three of Ryan’s talks were well received and were followed by substantial question-and-answer sessions. Members of the Center for Leadership, which sponsored the summit, were required to attend, as well as resident assistants and resident assistant candidates, but no students looked as if they were having a bad time. The Gentile Gallery was filled to the brim with students who gave warm rounds of applause at the beginning and end of Ryan’s talks.

Following the summit, it seemed that several students walked away with a deeper understanding of how to pursue their unique personal vocation.

Cindy Wolfe, a sophomore education major, also enjoyed the talks and said that she planned to apply what she had learned in her own discernment.

“Ryan brought up an interesting point when he asked us to picture ourselves on our deathbed and think about what we wish we would have done, and that really stuck with me,” said Wolfe.

Ryan challenged them to “discern the question, not the answer,” which was something O’Connor said he had never heard before.

O’Connor, a resident assistant in Kolbe Hall, also thought that the summit was especially appropriate for student leaders.

“It can be easy for student leaders, especially at Franciscan, once they are in a position of leadership, to think, ‘Oh, I’m right where God wants me to be,’ and then just stopping there,” he said. “But this is a reminder that continued conversion requires ongoing discernment of our next steps in life.”