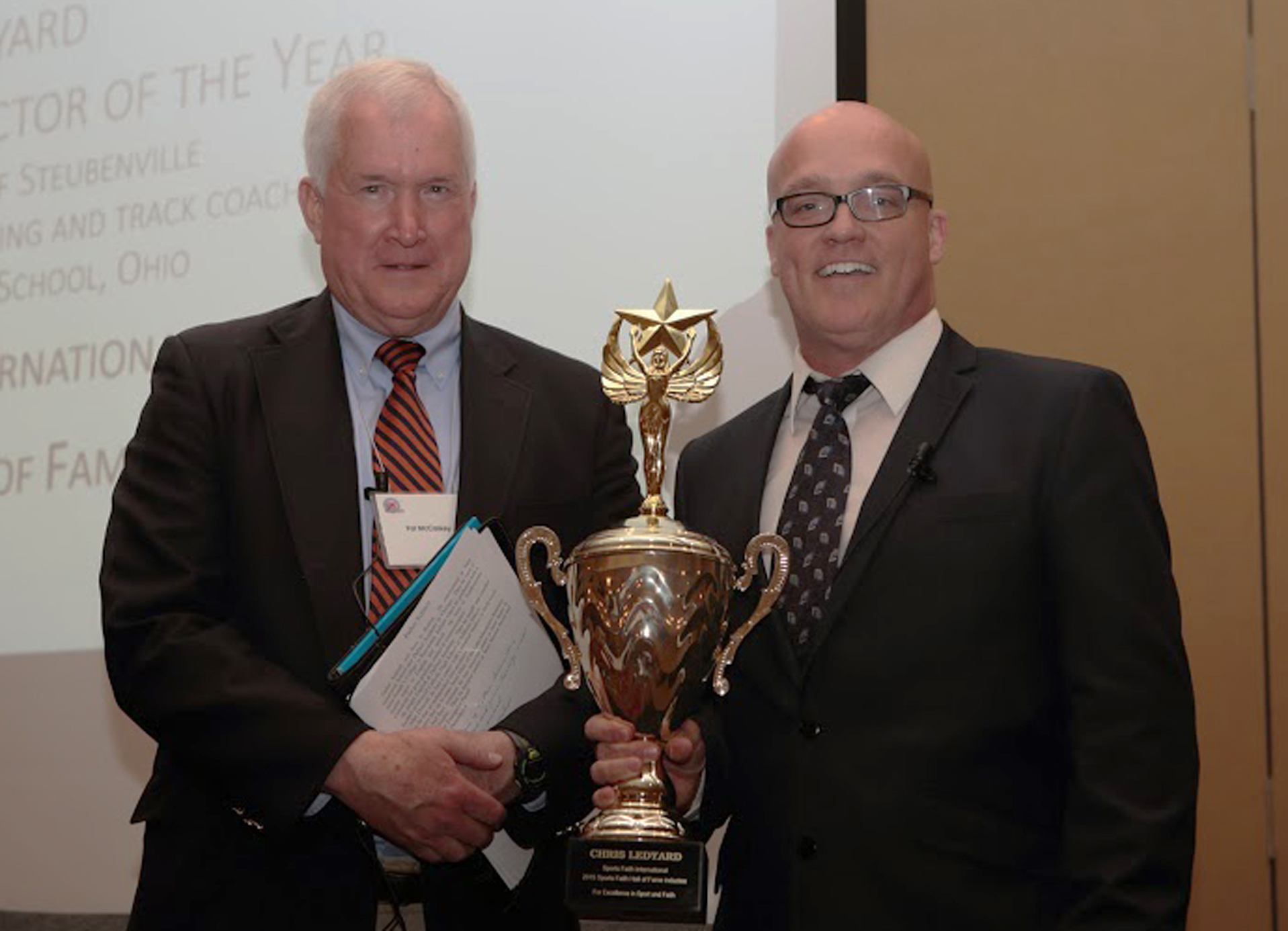 Chris Ledyard, Franciscan University’s athletic director, was named the College Athletic Director of the Year by Sports Faith International and was enshrined in the Sports Faith Hall of Fame in May.

“I think organizations like Sports Faith International are crucial in recognizing those individuals who affect the culture in a more positive and godly way,” Ledyard said.

Ledyard has spent 20 years with the university, starting off as a recreation director for the school’s two club teams. Now he serves as the athletic director, in charge of 16 varsity teams that compete at the NCAA Division III level.

Under his tenure, the university is now in its fourth year of full NCAA membership with tremendous success so far as seven different sports have already qualified for national competition.

Also under Ledyard, Franciscan became the first school to partner with SportsLeader, a virtue-based training program specifically for coaches.

“When you look at John Paul II’s writings, he is basically saying that sports is a main vein in society and we, as Catholics, should be in that vein and affecting that culture,” Ledyard said.

Academically, the department has also won the Peak Performer Award in the Allegheny Mountain Collegiate Conference in the past. The award is given to the school in the conference with the highest cumulative GPA.

Ledyard was inducted into the Hall of Fame during a ceremony in Lincolnshire, Illinois, along with 11 other Catholic athletes, coaches and teams, including Olympians, Heisman Trophy winners and professional athletes.

Angela Tomlinson, co-founder of Sports Faith International said that she found Ledyard to be a great role model as someone who lives out his faith through sports.

“We see someone who is giving 100 percent to spreading the faith and the formation of virtues in his players,” Tomlinson said.

Sports Faith International is a Chicago-based organization that seeks to change the current sports culture through different media initiatives that feature and encourage athletes that are courageous in living out their Christian faith.