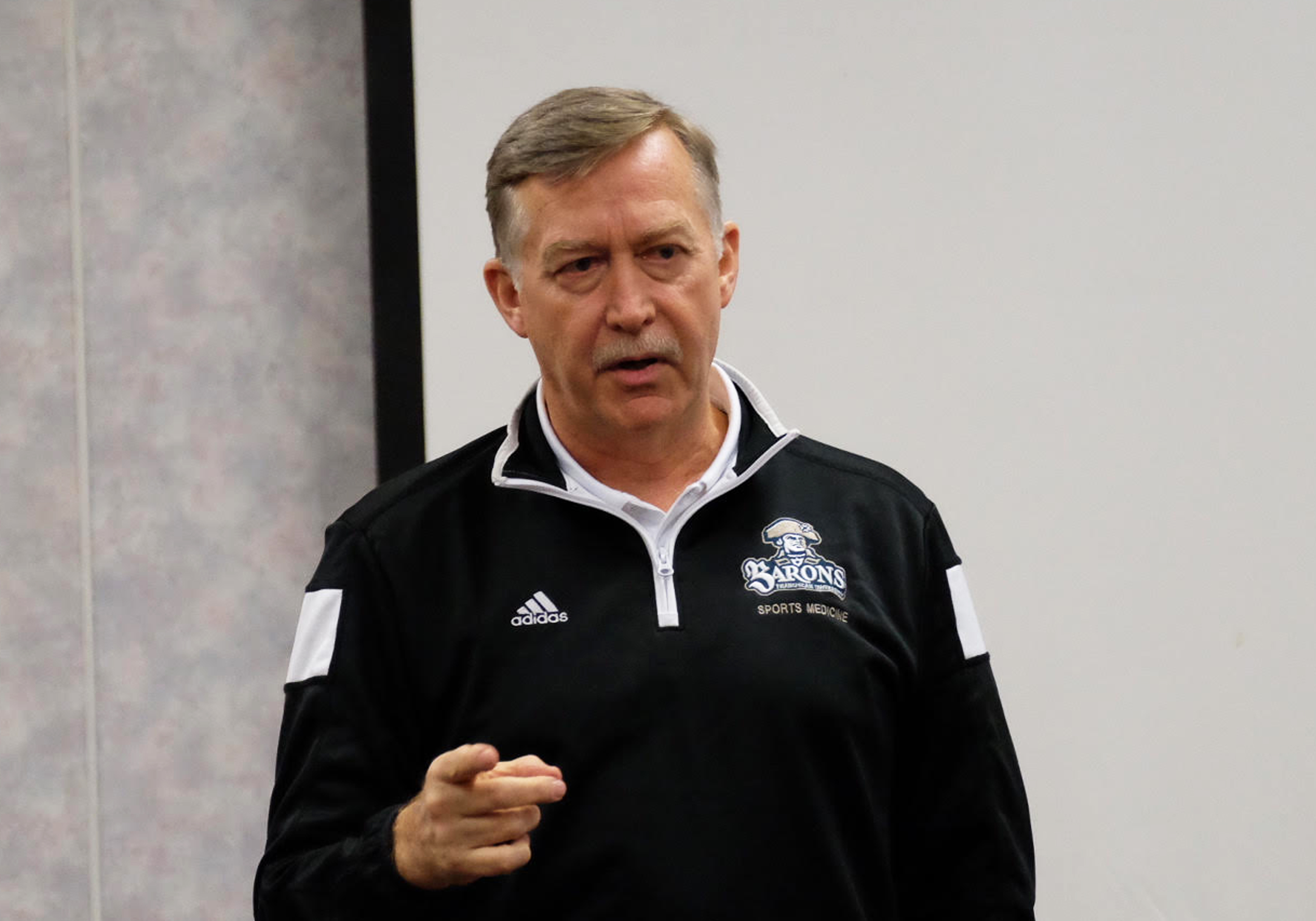 Business students learned about the importance of career preparation and networking at a talk by Robert Marrow, who holds a doctorate in chiropractic, on Wednesday, March 6, hosted by Christian Students in Free Enterprise (CSFE).

Marrow’s talk was about how to enter the business world from Franciscan University. Marrow emphasized the importance of being prepared for graduation.

“What are you preparing for?” Marrow asked the audience. Marrow said preparation is important and should begin sooner rather than later. While spotlighting the need for discernment, Marrow reminded the students that God can say to them, “You have not done your homework” and have not prepared for opportunity.

Everyone needs a “plan B,” said Marrow. Marrow gave the example of three students he advised who were planning—unbeknownst to each other—on getting the same job position after graduation. Marrow warned the students always to prepare for other possibilities.

Marrow emphasized the importance of “getting your feet wet” as part of preparing for your career in the business world. While encouraging the students to get experience in their field, he made a point of touting the benefits of accepting even unpaid internships.

Marrow also emphasized the value of knowing people in prospective businesses and industries, encouraging students to connect through those they encounter at the university.

Using the example of connecting with the parents of a friend for a perspective job, Marrow said, with talent and good work ethic, much of networking involves “who you know.”

After pointing out the need for networking and connections, Marrow informed the students about what to expect as a Franciscan graduate. He noted that potential employers will expect “a sense of morality and decency” from Franciscan students.

Marrow applauded the university’s good academic and religious reputation. “(Businesses) know you will come into the business world with a sense of integrity,” said Marrow.

Marrow exhorted the students to meet that expectation of integrity. He continuing explaining the importance of a good work ethic, encouraging the students to “under-promise and over-perform.”

The students who attended the talk appreciated Marrow’s advice.

Paul Herlihey, student head of the speaker series and organizer of the event, said he was impressed with the speaker, welcoming Marrow’s “insightful (and) practical advice.”

Senior Madigan Maere said she appreciated learning that there are “business professionals looking for us, for our integrity.”

Having a dad starting a small business as an inventor, Maere said that Marrow’s message of seeing a need and meeting it really resonated with her.

Junior Theresa LeChard appreciated Marrow’s emphasis on seizing opportunities and “getting out there and meeting people.”