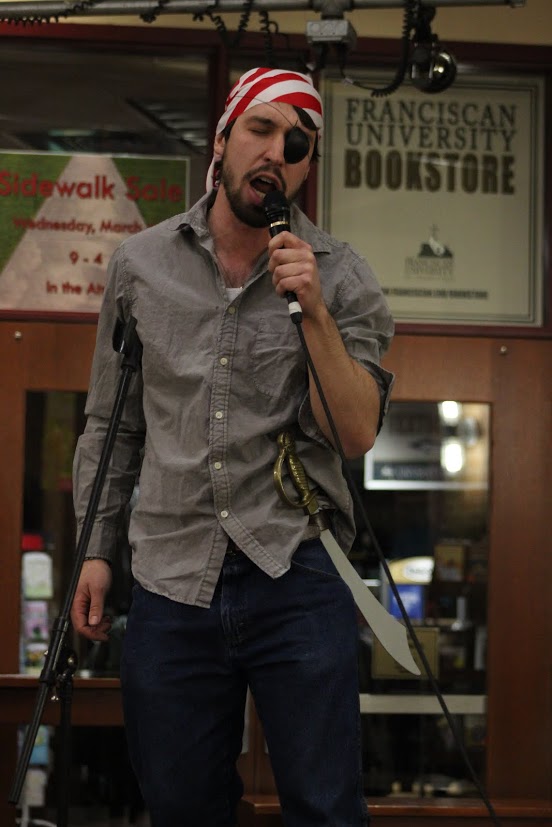 The atmosphere was loud and relaxed at a talent show hosted by Franciscan University’s Circus Club on Feb. 28 in the J.C. Williams Center atrium.

Audience members spread throughout the atrium, sitting on the stairs or looking down from the upper floor. The event’s purpose was to recognize people’s gifts and talents, “some typical, some not so typical,” said junior Stephanie Galle, a member of the Circus Club.

Galle described the stress of scheduling and advertising the talent show, which has been scheduled since last year. The event was free, including refreshments.

“It’s to showcase talent, not to raise money,” said Galle. “The most important thing is the acts themselves.”

The acts allow people to show off what they love to do, so the program included a wide variation of acts, such as drumming, juggling, Irish dancing, Native American tribal dancing, stunt balancing as well as a ukulele performance, light saber fights and much singing. Several performers appeared in costume. At one point, a student dressed as the Joker made announcements.

“It was really fun and engaging for the crowd,” said freshman Anna O’Connor.

One of the performances was a rendition of Bastille’s song “Pompeii” by Franciscan’s male a cappella singing group The Revelations.

Peter Grodi, a Franciscan alumnus and former member of The Revelations, said, “It’s cool to come back and see them doing so well.”