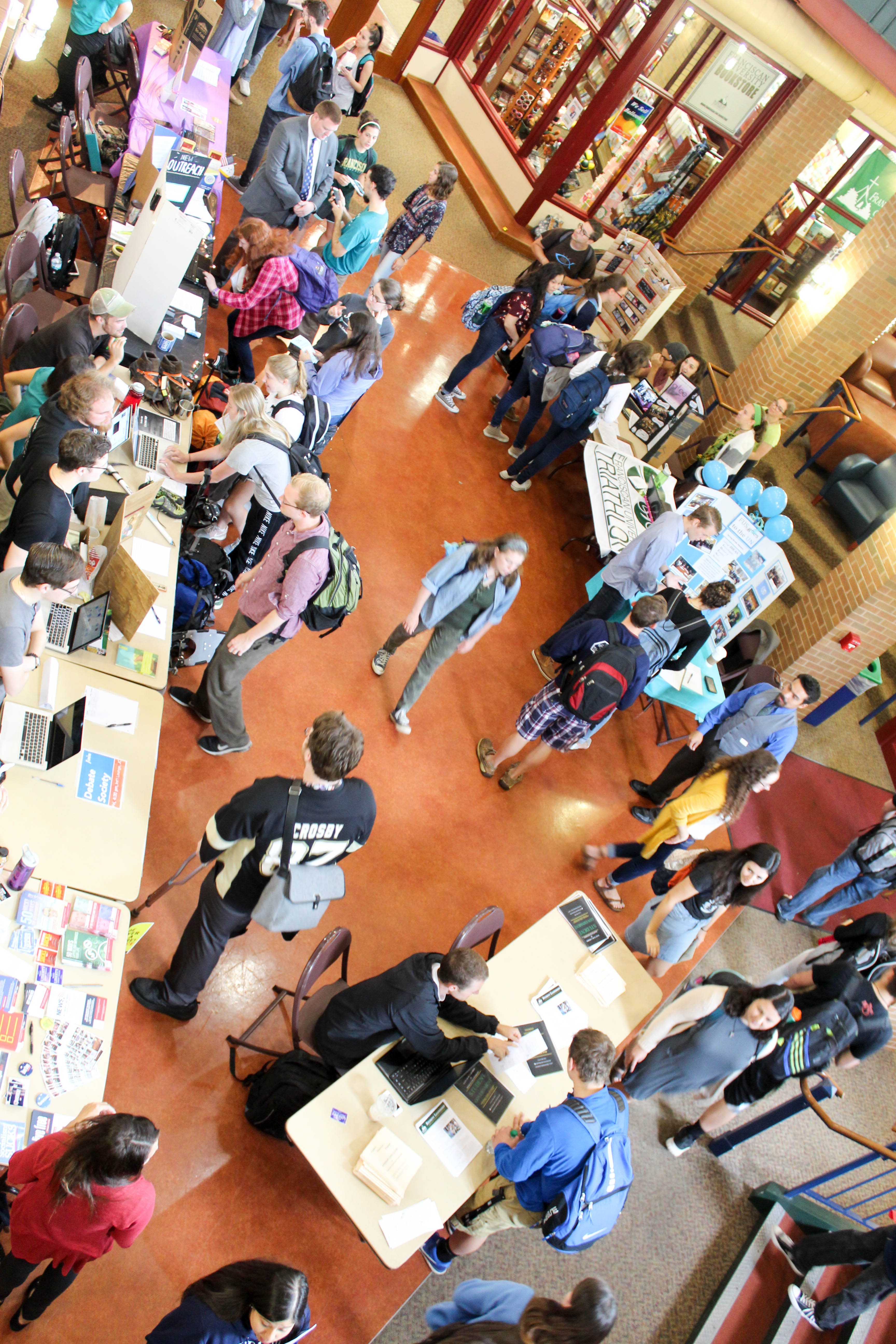 The Student Club Fair, which was held Friday, Sept. 15 from 10 a.m. to 3 p.m. in the atrium of the J.C. Williams Center, gave students an opportunity to explore their passions.

The Club Fair is an event held at the beginning of every semester to stir up students’ interest in getting involved on campus. Students, faculty and friars alike were greeted by the smell of popcorn and the sound of activity as they entered the building.

“I think the club fair is an amazing opportunity to expose new and returning students to new and growing organizations on campus,” said junior Matt Wagner, vice president of the Franciscan University Musical Theatre Troupe.

While not every club was at the fair this semester, over 20 clubs were represented, including the Knights of Columbus, Voice of the Martyrs, Eagle Scouts, Franciscan Fire Ultimate Frisbee, Young Americans for Freedom, Latinos for Christ, Chemistry for Life and many more.

Each club’s table was staffed by a rotating flow of its student members, who stood by ready to answer any questions. Many tables gave out candy and fliers to get students interested in joining their clubs, and they even advertised their upcoming events, such as Students for Life’s trips to the Pittsburgh abortion clinic.

Freshman Hannah Walker, who was very interested in a capella group called the Annunciations, said, “It is very cool that everybody has an opportunity to do something that fits their interests. There’s something for everyone to do.”

Though there is major diversity in the clubs on campus, freshman Micah Ellalasingham pointed out that there is a unifying aspect in them all. “I think it’s amazing how each club is integrated in Christ-like virtues,” she said.

Those who were unable to attend the club fair but still want to get involved can look at the catalogue of clubs on the university’s website at http://franciscan.smartcatalogiq.com/en/2017-2018/Undergraduate-Catalog/Student-Life-Clubs for more information.