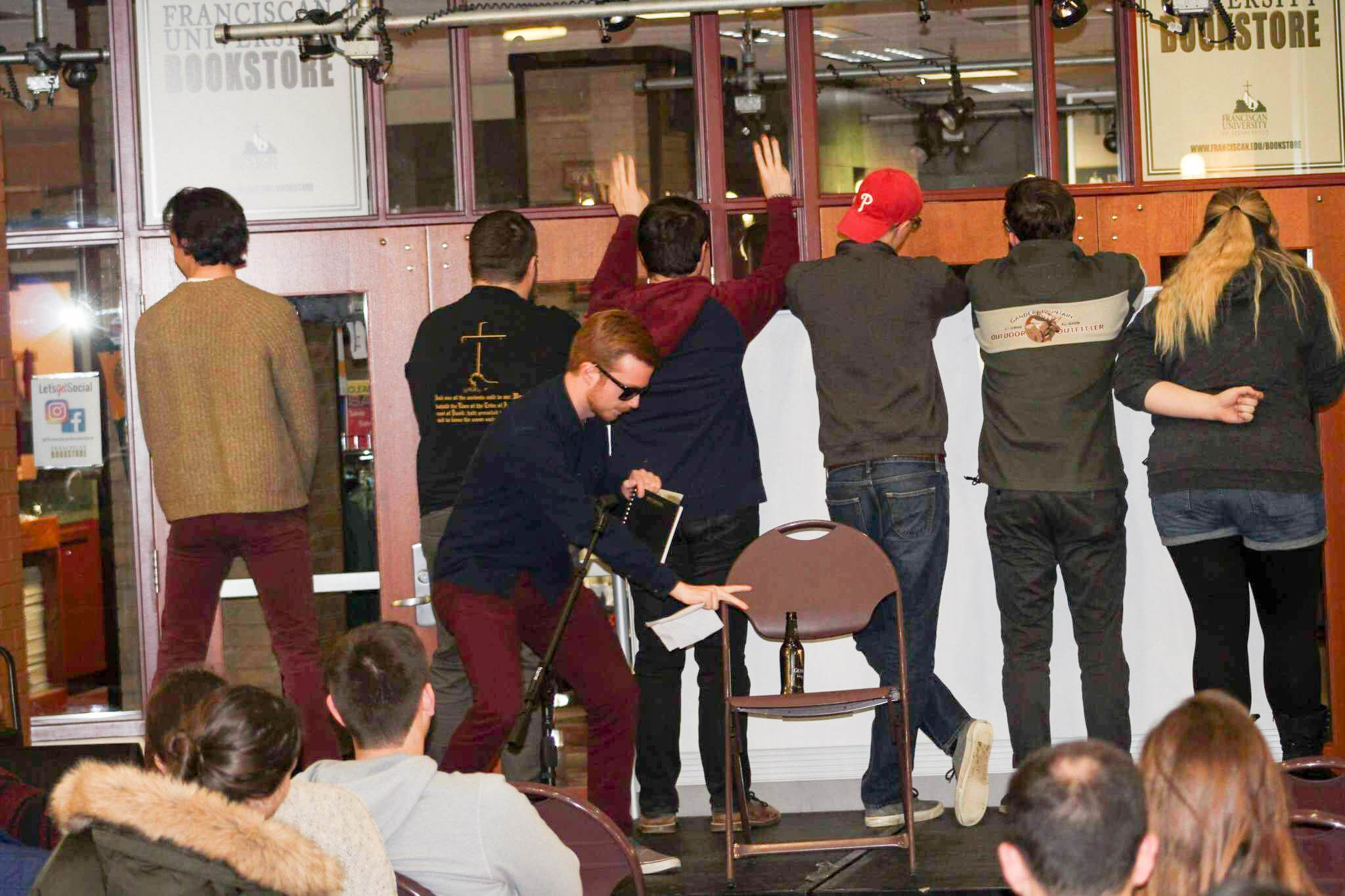 On Sunday April 8, Pun Intended put on an Improv Show in the center of the JC Williams Center. Over sixty students showed up for the free pizza and alcohol to see what this show was all about. The show was hilarious, for starters and kept the audience engaged throughout the entire night.

The atmosphere was very lively and inviting, with students and faculty rolling in and out throughout the entire event. The students who stayed the entire time delighted in the positive audience interaction. The head of the Pun Intended group got up on stage and said, “Alright, I need props” and proceeded to grab miscellaneous props from the audience. When she was ready, she placed the props on the chair and when the students who were on stage turned around, they each took turns making hilarious puns based off the item sitting on the chair. One student took off his shoe and made a joke about how not going to a Catholic college must make those students sole-less.

Another activity that the group did was asking for three random letters from audience members. The purpose of this game was for the students who participated in the show to make up a story line based of those three letters. For example, student one would say, “Hey, what are you doing?” If the letters were, JMP, the other student would say, while acting out, “Oh, you know, just praying to Jesus, Mary and Paul.”
The randomness of this activity and the spontaneous activities that each student was “doing” made this act the most engaging for the audience members.

Students attended this event for many reasons. Whether they were simply in the JC Williams Center at the same time as the event of they were taking a break from their studies, the show was a success either way.

Freshman Evan Shoup stated, “I did not expect this experience to be so delightful. I just wanted a break from the stress of school, so I took a walk over here and I am so glad I did.”

2018-04-13
Previous Post: Austria Adventures: Friends and family in Europe
Next Post: Critic’s Corner: Christian fiction or fiction that is Christian?