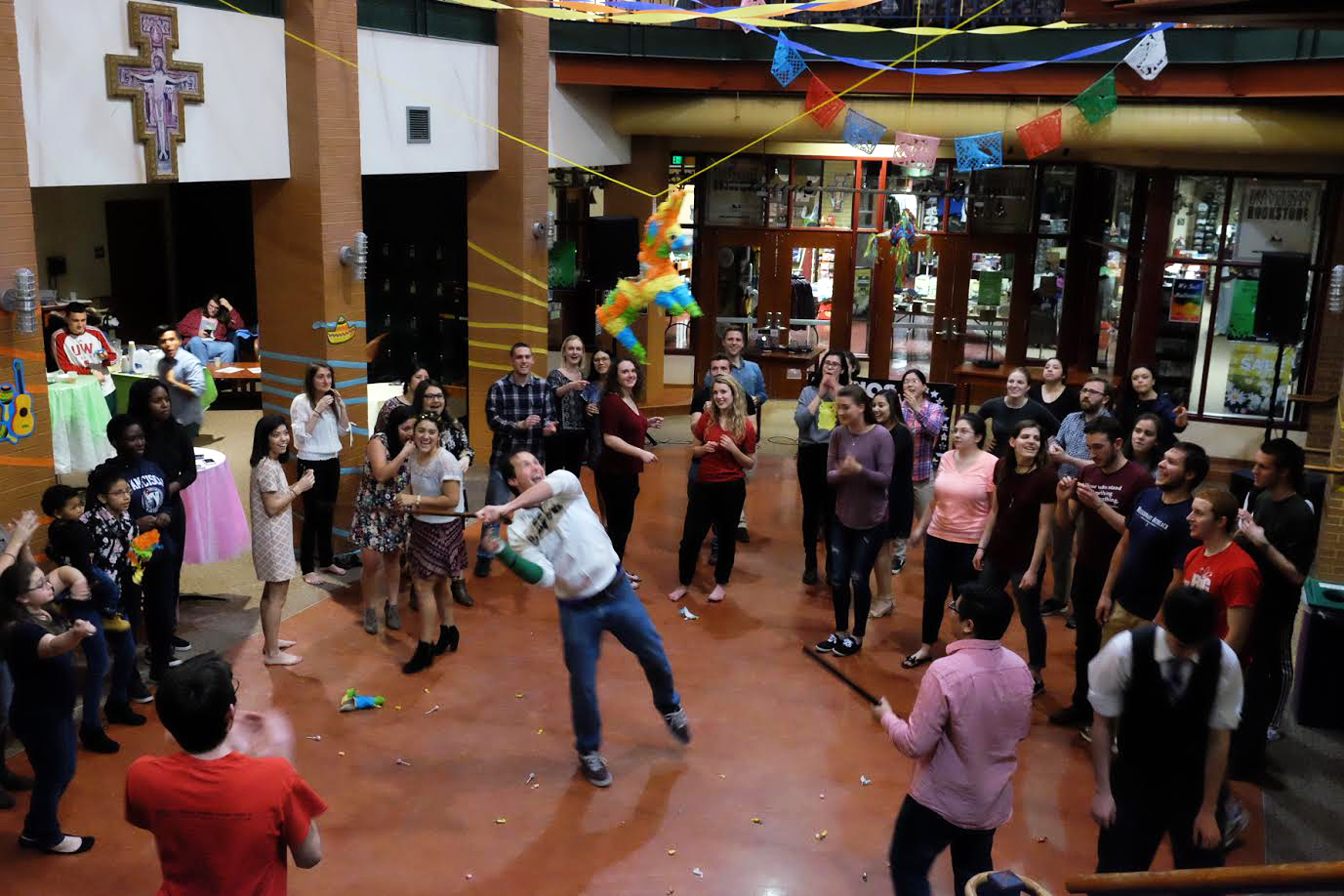 According to the club’s mission statement, Latinos for Christ was created to “promote a unique blend of Hispanic and Catholic culture on campus through spiritual, educational and social activities, demonstrating the diversity within the Catholic Church.”

Founded in 2003, the club has had a vibrant presence on campus by hosting a variety of different events, such as Noche de Fiesta and Brazilian Carnival. These events give members and visitors the opportunity to celebrate Hispanic culture with food and dancing.

When asked about her experience as president, Gonzalez said, “I love it. It’s a lot of responsibility, but it’s my home away from home; it’s my family.”

Because familial bonds are of the highest value in Hispanic culture, the club is meant to give students at Franciscan the ability to connect with one another as part of an extended family.

“We all think of each other as siblings, in a certain respect,” said member Pablo Boteyo. “We just get to talk to each other in a very interesting way that I don’t think I would be able to encounter anywhere else.”

Latinos for Christ seeks to introduce students to the Hispanic Catholic culture by participating in the Spanish Mass on campus, which is followed by praise and worship.

“Anybody is welcome,” said Gonzalez. “The reason why we put on the events and the meetings is to invite everybody to learn about Christ from our culture.”

The club also hosts a Bible study twice a semester led by two brothers in the Marians of the Immaculate Conception Order (MIC).

Boteyo said the club seeks to bring students of all backgrounds into conversation and share the different Catholic cultures that can be found throughout Latin American countries.

“There’s the American way of going to Mass, praising and worshiping, but there’s also a Mexican way, a Peruvian way,” said Boteyo.

By representing the Hispanic culture at Franciscan University, Latinos for Christ gives students who are considering missionary work in Latin American countries a unique introduction to the customs and heritage they will encounter.

“We just want to provide for the campus something that isn’t necessarily in our backyard,” said Boteyo, “to experience what we’re about and what our culture’s about.”

With members from all over Latin America, including Mexico, Honduras, Ecuador, Puerto Rico and Peru, the club offers a large diversity of populations even within the Hispanic culture.

Boteyo also mentioned that the club has encountered misconceptions about being exclusive or only for Hispanics, but he assured that their goal is to unite students with a diversity of backgrounds.

“Even in encountering each other, we get to introduce each other to these cultures, and when we do that between ourselves, we want to do that to other people as well,” said Boteyo.