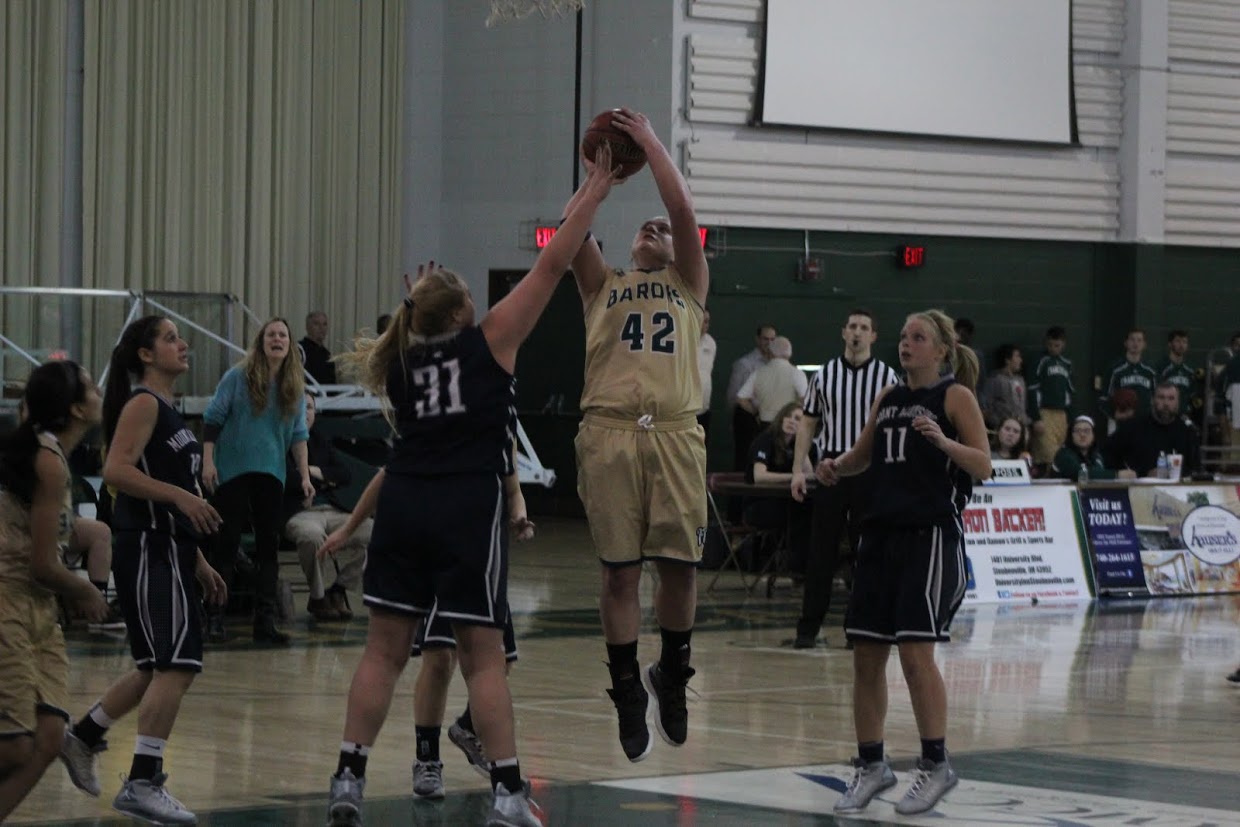 A strong defensive performance was not able to make up for a cold shooting night as the Franciscan University Lady Barons ultimately fell 62-50 at home to Mount Aloysius.

Though the score indicated an improvement over the two teams’ first matchup, Mount Aloysius, tied for eighth in the conference at 3-6 coming into the game, was able to beat the Lady Barons for the second time this season.

“Tonight’s game was a tough one because we did not shoot well,” said Suzy Delaney, head women’s basketball coach. “We dug ourselves a hole in the first half because of it.”

The Lady Barons started the night shooting only 21 percent in the first half, taking a lot of shots but not making many of them. This trend continued in the second half. Senior forward Lacey Huck was the only productive shot maker in the first half, scoring six of her eight points in the first 20 minutes.

Down 15 points to start the second half, Franciscan came out with more defensive fire, putting pressure on the ball and forcing Mount Aloysius to turn the ball over 17 times in the half. The increased amount of turnovers and 18 team rebounds on the offensive glass to get second-chance points helped the Lady Barons cut the lead to three points.

“I was proud of our defensive fire in the second half,” Delaney said, “and how it got us right back in the game.”

Freshman guard Sarah Schriner led all scoring in the second half with 16 of her team-high 17 points. All of her made field goals came from behind the three-point arc.

The bench performance of freshman forward Lucia Westrick was also able to give the Lady Barons a lift in the second half. Westrick tied for the team’s top rebounder with seven rebounds and also added six points offensively while playing a majority of her minutes in the second half.

The Lady Barons will take on Hilbert College January 31 at 2 p.m., with proceeds of the game going to support the AIM Women’s Center of Steubenville.

2015-01-25
Previous Post: Q&A with Franciscan alumna: Collaborating on the pro-life novena of USCCB
Next Post: The challenges of being a winter athlete