Composer and pianist Eric Genuis inspires through music, shares the importance of beauty 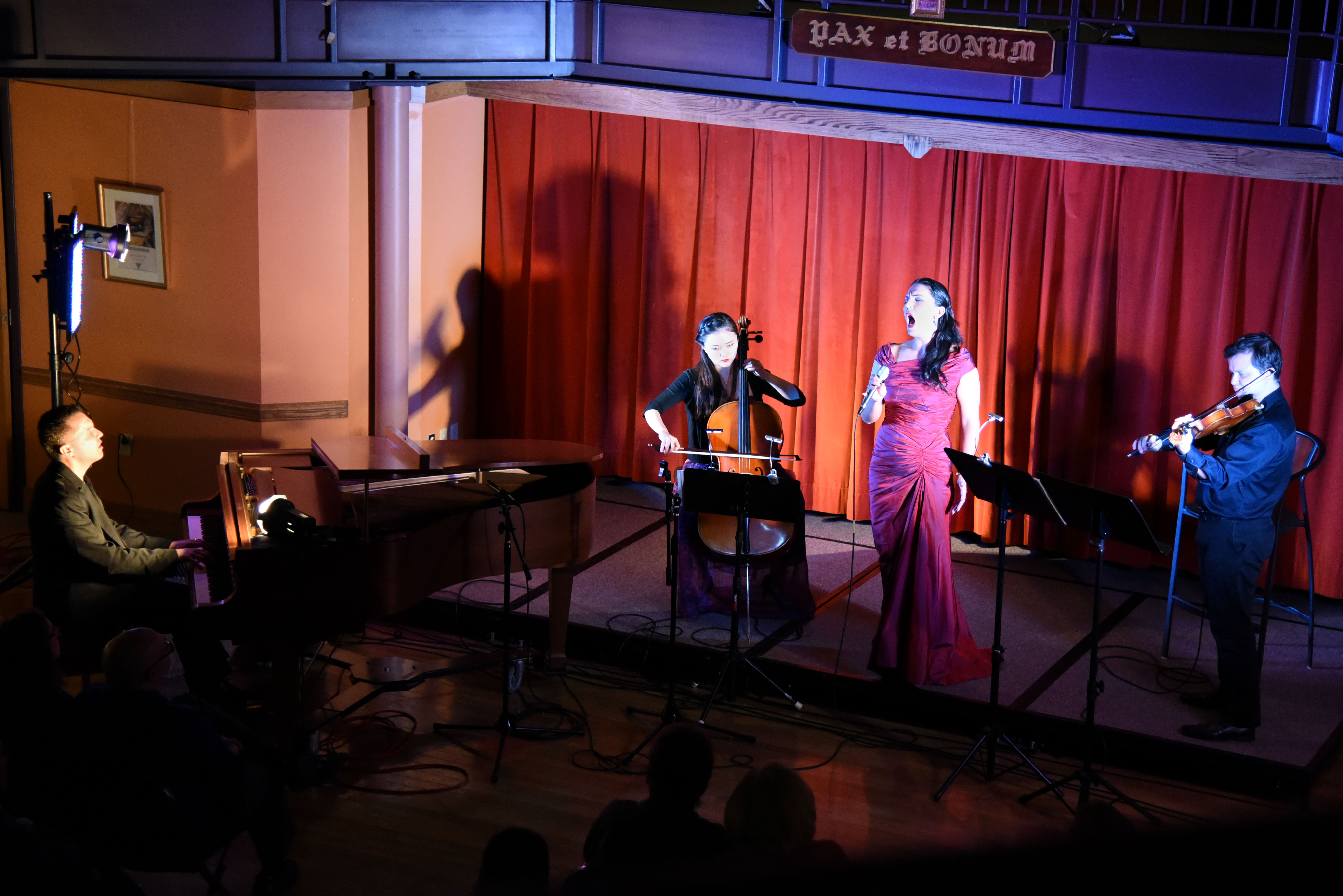 Composer and pianist Eric Genuis captivated his audience with beautiful stories and inspiring music at his concert Feb. 3 in the Gentile Gallery.

Genuis, who used to live in the Steubenville area, was accompanied by violinist Eugene Cheremoush, cellist Bing Wei and vocalist Chelsea Coyne, all performing songs that Genuis himself composed, with the exception of “Panis Angelicus.”

Genuis began his concert with talking about his music and what it meant to him.

“Music is a language,” said Genuis. “It’s a language that touches the heart, mind and soul in ways that words can never touch.”

He continued, “Everywhere there (are) people, I will play. … And even to this day, I vowed, even as a young child, I will always play for anybody that wants to hear.”

Genuis performed eight pieces in total, often accompanied by Cheremoush on violin and Wei on cello. Coyne performed for three of the pieces, including “Panis Angelicus.”

Among his many performances, and especially during the liturgical Year of Mercy, Genuis also performs at prisons, inner-city schools, drug rehab centers, for veterans who are suffering as well as for the elderly. He spoke about the hope and beauty he has been able to bring to these people through music.

“Beauty touches the soul,” said Genuis, “and you can talk about it, but you can’t talk people into hope. … It must be inspired, and that’s the function of beauty in our lives.”

With nearly each piece that he performed, he had a story of how he was moved to write it. Many of his inspirations, he said, came from his family.

He also shared stories of his experiences performing for prisoners during which he was able to bring hope and beauty into their lives.

After his concert, Franciscan students, some of whom knew Genuis, expressed their approval.

“I really liked it,” said Monique Sammut, a sophomore education major. “I’ve been to previous concerts of his before, and it’s always been really moving and it brings back a lot of memories, and it’s just really inspiring.”

Theresa LeChard, a freshman accounting and finance major said, “I thought it was wonderful. … I liked how Mr. Genuis gave us a background on each of his songs, and he was able to share a little piece of his life with us through his music.”

Genuis said that he has a tie to Franciscan as he once lived in the Steubenville area and his wife is an alumna of the university.

When speaking of the Franciscan students, Genuis said, “These are all future evangelists … who are very motivated internally to go out there and make a difference in the world. Well, I want to encourage them to do so. So, I’m very motivated to come here and play for these great people.”

The concert was free-and-open to the public.