Conservative leader on how to argue social issues 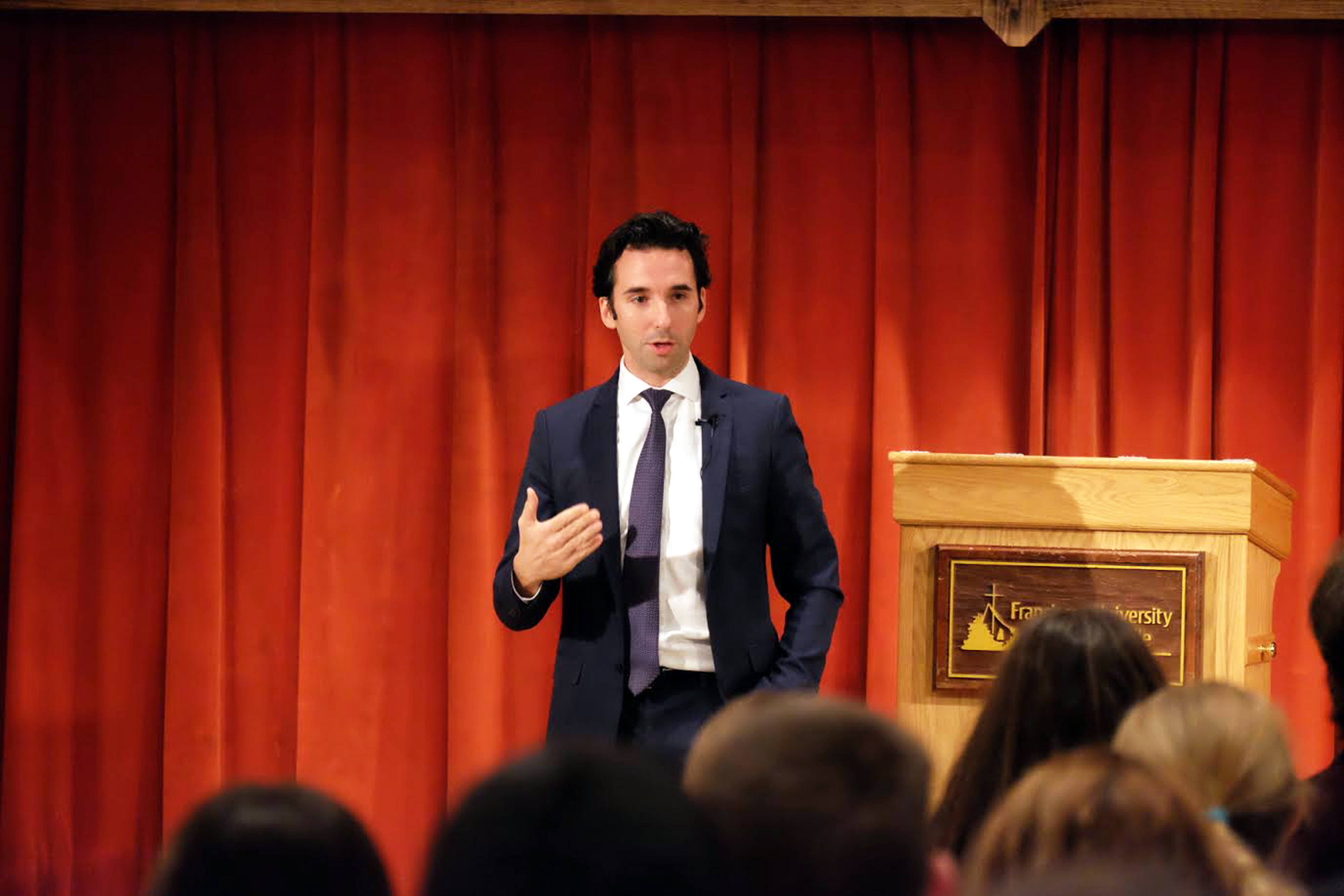 Azerrad, who holds a doctorate in politics, spoke for almost an hour, pacing across the stage in the Gentile Gallery, all the while keeping the crowd engaged with his matter-of-fact delivery and engaging Canadian accent.  He began by lamenting the state in which Christians and Conservatives are treated in today’s society.

“There are not many acceptable prejudices in America, but being anti-Christian is one of them,” said Azerrad, adding that conservatives have been completely marginalized from mainstream American culture, making it extremely difficult to discuss social issues with Liberals and Libertarians.

The main reason, Azerrad said, that these are difficult subjects to discuss is that many social issues involve sex, which the left is heavily invested in.

“The logic of modern liberalism is this: give us your political, economic and religious liberty, but in exchange, we give you sexual freedom,” Azerrad said.

Azerrad stressed that all social issues are also posterity issues, calling it the most powerful rebuke of both liberalism and libertarianism. Azerrad said that there are two undeniable axioms that should govern political thinking and should be used when arguing with liberals.  The first, said Azerrad, is that every country needs children.  Secondly, children need their biological parents.

Both of these are under attack as birth rates continue to plummet and liberals seem as if they want to “ultimately abolish marriage.”  Azerrad said several countries are dying because their birth rates are not sustainable as a result of living in a modern “Eden” and people not wanting to disrupt their storybook lives.

Following his second point, Azerrad said that every study that he has seen concurs: children do best when they are with their biological mother and father.  Azerrad said that because men and women are each unique, it is important that a child be exposed to both in the home.  This environment, Azerrad said, should be the default setting for raising a family.

The crowd was very receptive to the talk and enjoyed almost every aspect of it.  Freshman Nick O’Brien said Azerrad helped highlight new ways to approach these important discussions.

“(Azerrad) said that we need to use more than just our faith and meet people where they’re at, which I think is really important,” said O’Brien.

Freshman Maddie Raffa concurred, saying, “I think that the fact that Azerrad’s not talking from purely a Catholic standpoint but also a logic standpoint means that there’s not a lot of room for argumentation with the facts.”

The talk was hosted by the Young Americans for Freedom club, which was glad to host the event after having to cancel it earlier in the semester.  According to club president Tommy Valentine, the next event for the club will be a showing of the movie “Nine Days that Changed the World” on April 27.