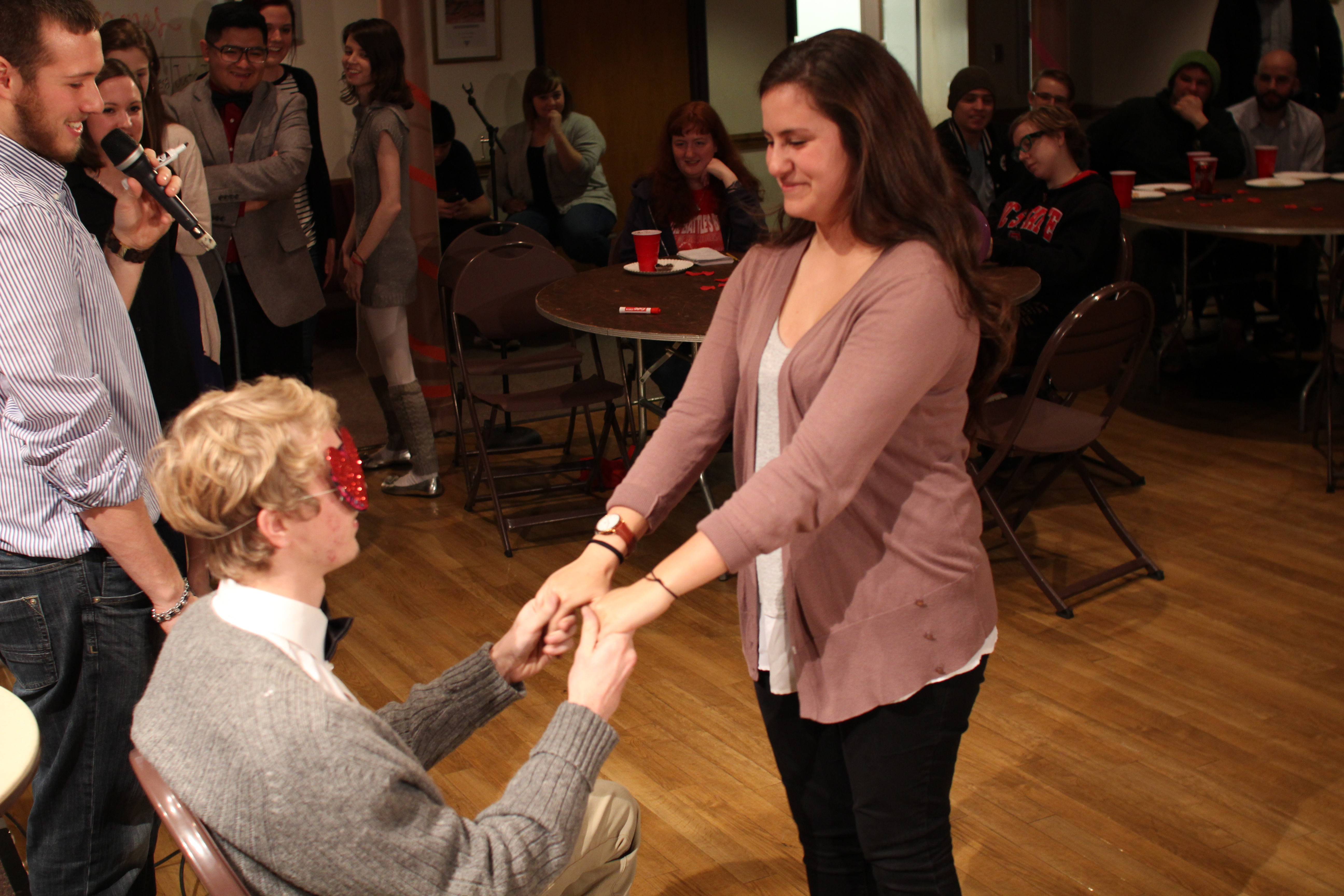 Franciscan University students were greeted by pink and purple balloons and tables covered in rose petals as they streamed into the Gentile Gallery this past Saturday night, Feb. 11, to watch five hopeful couples compete in a series of challenges during Corpus Christi’s third annual Love Games.

The event was hosted by seniors Dave Dashiell and James Kuepper from Corpus Christi, and it consisted of five rounds to test how well the couples knew each other and worked together. In each round, the couples could win a maximum of 10 points.

The first round was 10 trivia questions in which the couples were sometimes asked to answer for the boyfriend, and other times for the girlfriend. Questions included “What is your girlfriend’s phone number?” and “Does your boyfriend prefer his toilet paper to go over or under?”

The second event was a relay race in which each boy had to carry a chocolate on a spoon held in his mouth and then pass it off to his girlfriend to do the same. In the third round, each boy took a turn sitting blindfolded and holding each girl’s hand for three seconds and then guessing which was his girlfriend. Three of the five boys guessed correctly, and then the girls took a turn, all of whom guessed correctly.

Round four was a makeup challenge. Each of the boys put makeup on their girlfriends and then were scored by a panel of judges from the audience. The same four people judged the fifth round, which was a lip sync battle that the couples had each prepared ahead of time.

“The competition was fierce,” said Fera, “but our love—and competitive spirit—led us through the hardest trials.”

Overall, the Love Games were a success, and every face that left that night wore a smile.

“I had a great time at the Love Games.” said sophomore Yassy Mirsajedin, who said her favorite event was the lip sync battle.

Freshman Emily Waun echoed Mirsajedin’s sentiment, saying, “I really enjoyed the Love Games. My favorite part was probably either the trivia or the makeup challenge, both of which were hilarious to watch.”