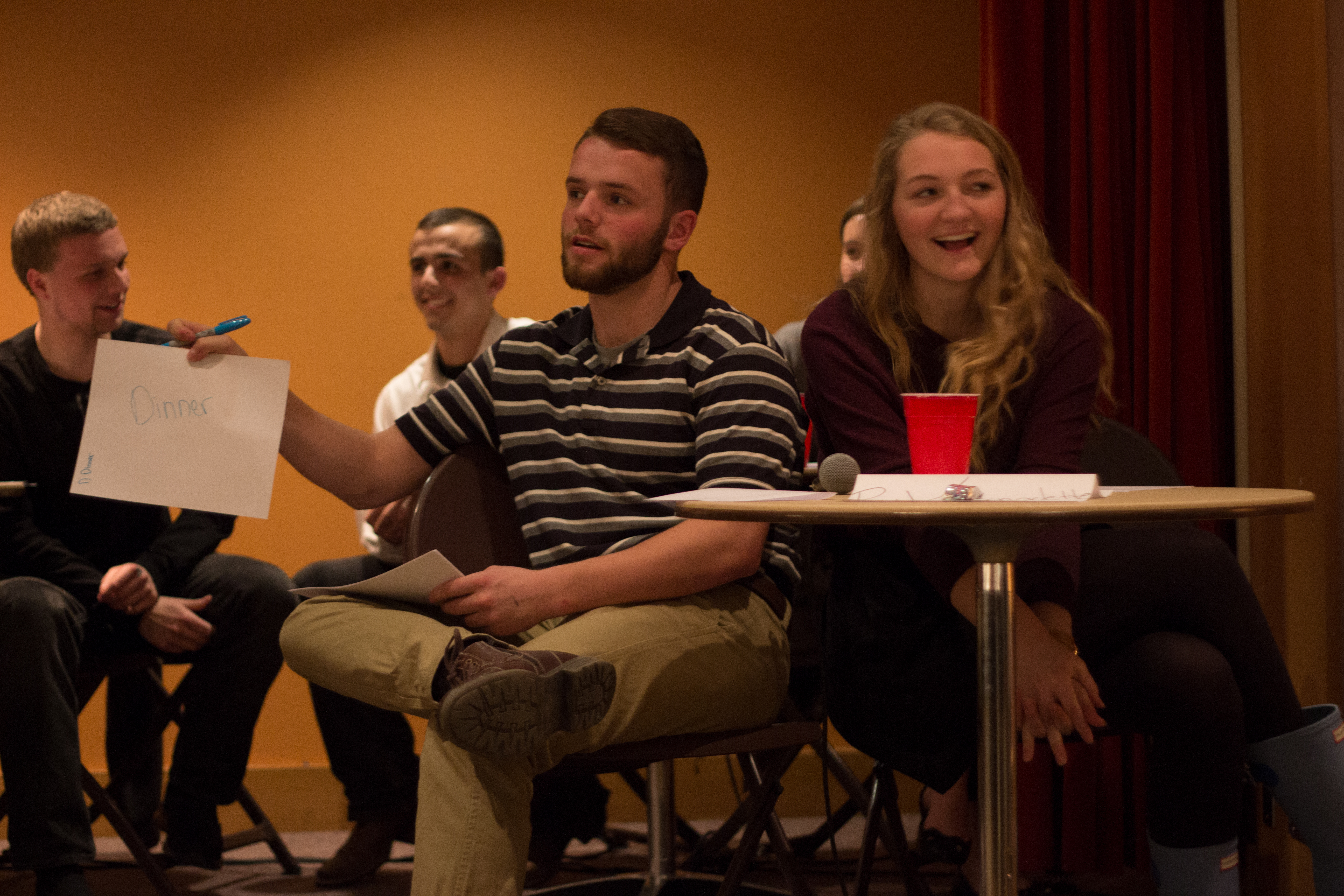 Franciscan University couples competed in a series of events for the Love Games, sponsored by Corpus Christi household and Exc!te on Saturday, March 19 in the Gentile Gallery.

The games consisted of four sections. The first game was called Serenade Yo’woman during which the men recited a poem to the women. The second was an obstacle course, followed by Lost in Love and couples trivia.

Lost in Love involved all the women lining up and then one man at a time feeling the right hand of each lady to see if he could find his partner and then vice versa. All of the couples found their significant other in both rounds.

In couples’ trivia, each couple was given paper on which to write. For some of the questions, the women wrote down their answers and the men had to write down what they thought their partner wrote and then vice versa. At the end the audience was invited to suggest questions, and a few were used.

In each game, the couple could earn up to 10 points and the couple with the highest number of points at the end won a date night prize. The prize consisted of a $30 gift card to Applebee’s and a $20 gift card to the movie theater.

The winners of the games were Paul Herlihey and Bernadette Roach with a total of 90 points.

Pablo Boteyo, assistant coordinator of Corpus Christi, said this was the second time the household held the Love Games, the first time being in 2013, the year when the household was activated.

Jacob Konkolics, who competed with his girlfriend Margaret Boylan, said, “At the end, honestly, I felt like ‘Wow, I actually do know a lot about her.’ … I know that makes me feel special but I know that also makes her feel special.”