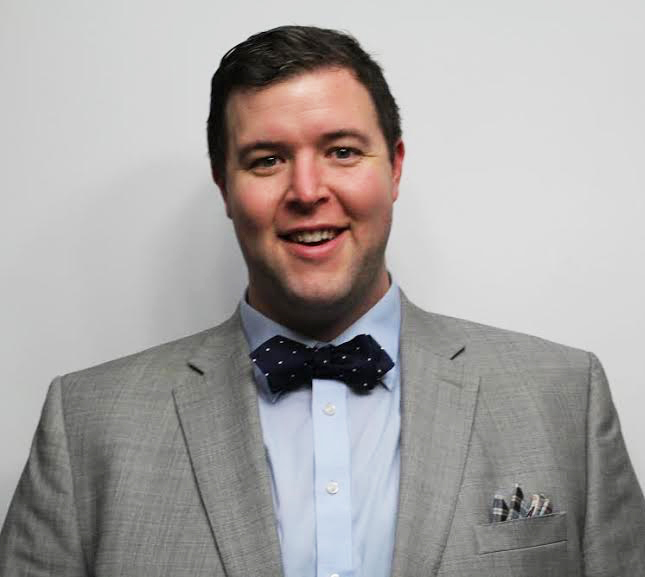 Up the back stairs in the JC, through the door and past the desk of the Student Life secretary in a back office, sits a tall smiling man wearing a bow tie. But that is not the only place you can find Matthew Schaefer, director of student development. You may spot him grinning around campus or in Mass holding his son who has a chewable rosary in hand. This man who has been active in the student life of Franciscan University for the past six years enjoys many past times, including sports, free travel and confrontation.

“My actual title is director of student development,” said Schaefer, “which tells you pretty much nothing about what I do.” Schafer has many roles on campus connected to supporting students. He acts as the campus liaison to Parkhurst Dining, oversees the SWOP office and runs events on occasion, such as Gaming Fest and Homecoming.

This past fall, Schaefer received his new role of dealing with major discipline on campus, a role he genuinely enjoys. “I actually love discipline, which is insane, right? No one likes confrontation; I love confrontation. And I do because of a variety of reasons, but most of all because I see it as this is an opportunity for me to help this student go through a conversion in their lives.”

Besides his official roles, Schaefer also partakes in activities aside from work. He is the advisor to the Knights of the Holy Queen household, and he goes on Spring Break mission trips, now with his wife and child. Schaefer noted that his son John went on his first mission trip in the womb and now joins Schaefer and his wife Laura on the New Mexico mission, cheering up the elderly residents who live with the Little Sisters of the Poor.

Before coming to Franciscan University, Schaefer spent his collegiate years college-hopping. He was “in college at a public university, studying chemistry, physics, math and secondary education and doing well but (had a) hole in the heart, trying to figure out where the Lord wanted me to go.”

He decided to go to seminary, and he transferred to the seminary at the University of Saint Thomas in his home state Minnesota, the one school he said he would attend. “That’s where the seminary was so that’s where the Lord brought me, which has been a pretty big trend in my life as well. If there’s something I really don’t want to do, the Lord will usually ask me to do it,” said Schaefer.

Schaefer was in seminary for two years before leaving and finishing his degree at St. Thomas, but he remarked that his time there was the most formative time in his life. The emphasis on prayer most impacted Schaefer, and he tells student groups that “if you’re not doing a daily holy hour, you’re probably doing something wrong.”

After St. Thomas, Schaefer spent two years as a high school teacher in South Dakota, one year as an Resident Director at Ave Maria University and then came to Franciscan as the resident director for Francis Hall, with a plan to “to be here for two years, get a master’s degree and get out. But I fell in love with the mission of the university. I really believe in what we do here.… It’s really why I think I’m still here. And why to be honest at this point I have no plans on leaving.”

Schaefer met his future wife his first year as RD. She was an resident assistant that year and according to Schaefer, “she didn’t really like me at all … but I wasn’t really interested in her either, in fairness.” In Schaefer’s third and last year as RD, Laura became the resident coordinator of lower campus, and the two became friends, and then a couple, and then within a year, they were engaged. “It was great. Still is,” said Schaefer.

As his job involves interacting with students, Schaefer has a simple philosophy for communications with them: “Just be real,” a philosophy which stems from his own experiences as a student of not being taken seriously. Everything he does in his interactions with students is directed towards leading students to a life united to Christ. “That’s really the thing that is constantly on my heart here: trying to help students to be open to whatever the Lord is trying to do in them here and to really reject the general sense of the college experience that you see at public and other universities.”

“I will speak from personal experience that there is nothing that brings more happiness or more fulfillment than living a life in conjunction with the will of God,” said Schaefer. “I’ve seen that in people, that when they really try and align their will with the Lord’s, they find that peace and that happiness.”