Divine mercy for the childlike: St. Thérèse and the Year of Mercy 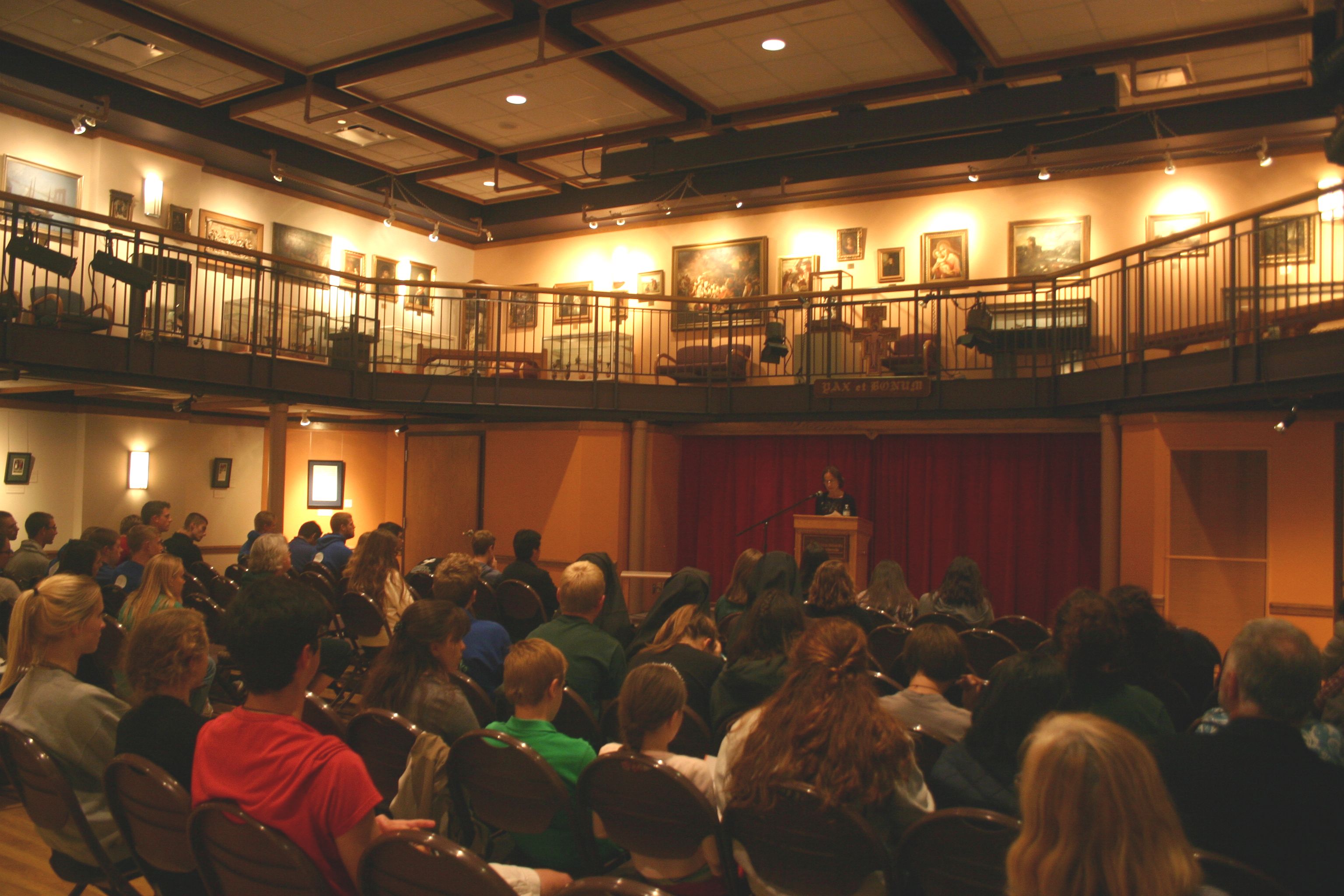 Pia Crosby, assistant cross-country coach at Franciscan University, brought a reminder to students Oct. 1 about the power of St. Thérèse’s Little Way as a guide for the Jubilee Year of Mercy in a talk delivered in the Gentile Gallery.

Crosby, who is currently studying for her master’s degree in theology at Franciscan, has done extensive research on this saint. She said that she even received St. Thérèse’s name as a member of the Discalced Order of Carmelites, a lay order.

“For him that is little, mercy will be shown,” said Crosby, quoting St. Thérèse. This was Crosby’s key point: that mercy is showered on the childlike and those who humble themselves. Crosby continued to draw on the words of the saint by saying that only when a person becomes very little can that person be used for love, for merciful love acts through weakness rather than strength.

Senior Josie Portz, member of Roses of the Immaculate Heart household, which sponsored the talk, summarized with the statement, “The way you succeed is to realize that you can’t on your own.”

Roses of the Immaculate Heart recently added St. Thérèse as one of its patrons, said Portz.

Portz said she was struck by how Crosby’s “talk added a new dimension of a turning outwards of mercy.”

Using Pope Francis’ statement from “The Face of Mercy” that “mercy is the bridge that connects God and man,” Crosby reminded the students of the great truth that St. Thérèse discovered, namely, that the call to holiness is universal and can be aimed for because God’s mercy is the source of all holiness.

Crosby emphasized that people are not called to rely on their own strength because it is less about doing than letting. She gave examples from her own life of times when this has proven true.

Freshman Emily Flood said that it was a powerful reminder “that holiness is about relying on God’s will.”

Flood said she had read St. Thérèse’s writings in the past, but Crosby had inspired her to read them a second time to gain new insights.

Crosby concluded with the compelling advice to become vessels of divine mercy for God to use in a world so greatly in need of it.