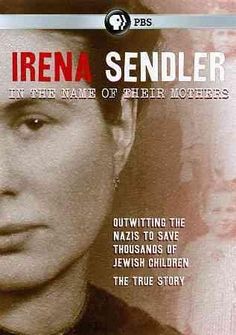 Wanting to do their part in remembering Holocaust Remembrance Day on Jan. 27, Franciscan University’s Eagle Scout Association featured a compelling documentary of a young Polish woman who saved the lives of over 2,500 Jewish children.

Irene Sendler was a social worker in Warsaw, Poland when World War II broke out in Poland. She was able to freely enter and exit the Warsaw Ghetto where, according to “Irene Sendler: In the Name of their Mothers,” housed over 400,000 Jewish men, women and children.

“She risked her life for the sake of others and that is what we are called to do as Catholics,” said freshman Elisha Valladares-Cormier, president of Eagle Scout Association. “She was able to organize and accomplish so much despite a fear of death. She was a great leader who saved so many lives.”

Noticing the injustices that were occurring in the ghetto, Sendler and her coworkers in the Social Welfare department helped children escape death at the hands of the Germans, at the risk of their lives.

The documentary featured interviews from members of the Polish resistance against the German Third Reich, children who were saved from Warsaw ghetto, and Sendler’s associates who helped her, and Sendler herself.

Valladares-Cormier, a communications major with a minor in political science, wanted the Eagle Scouts to feature an informational film in honor of Holocaust Remembrance Day, so he called the United States Holocaust Memorial Museum in Washington D.C., which provided him suggestions for appropriate documentaries to show. After finding a copy of “Irene Sendler” in the Franciscan University St. John Paul II library, he emailed the distributor, PBS, who gave him permission to show the film.

In February, the Eagle Scouts are planning a celebration in honor of the 107-year anniversary of Boy Scouts of America. They also hope to show a documentary on the medal of honor and are planning a camping trip for the spring semester.