Ending the ‘war’ between science and religion: a true Catholic perspective 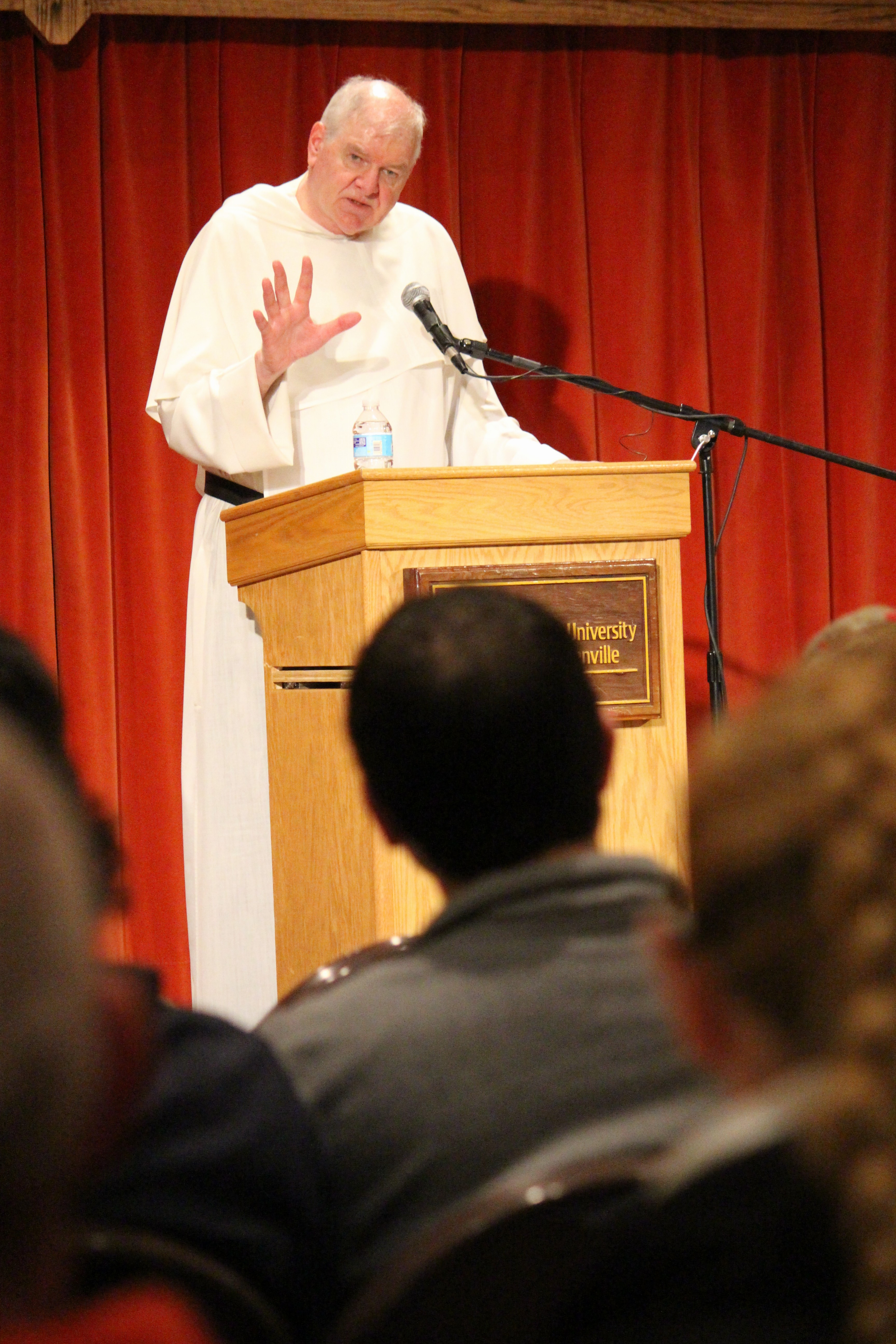 There is a strong need in the modern church to understand the relationship between science and religion in an authentic, Catholic manner, said the Rev. Michael Dodds, OP, on March 23 at Franciscan University.

Dodds, a professor of theology and philosophy at the Dominican School of Philosophy and Theology, addressed this issue in his talk, “Galileo, Darwin, and the ‘War’ between Science and Religion: Some (Catholic) Rules of Engagement.”

Focusing on two of the most well-known conflicts between the church and science, Dodds gave an historical overview of the “war” between science and the church. He also made a point to discuss ways in which Catholics can dialogue in a healthy manner with those who may have different viewpoints on the matter.

In the talk, Dodds discussed the case of Galileo in the 1600s as well as the effects of Darwin’s theories and how these two events are often surrounded by many misconceptions. After discussing both topics and giving Catholic responses to each, he offered several practical pieces of advice for discussion with non-Catholics about the relationship between science and religion.

Jacob Wood, a professor of theology at Franciscan University, said, “He was very careful to give some rules of engagement and did not merely give a historical background on the topic.”

Wood also appreciated the manner in which Dodds was able to combine a scientific and religious look at the issue.

“It is one of the most important things for Catholics to have an honest and sincere appreciation for faith and science,” Wood said. “Father Dodds was able to articulate both those things.”

Another attendee of the lecture, Logan Gage, a Franciscan University professor of philosophy, believes that it is important for Catholics and especially students at Franciscan to have a good understanding of this issue.

“I think people are afraid to touch science with a Catholic perspective,” Gage said. “We are afraid and we don’t want to look anti-science, but we need to take an honest look at the issue and not simply accept what we are told but be willing to engage with others about it.”

As Gage concluded, “Don’t be afraid to take a serious look at this issue; to approach it as a Catholic. It is what is needed.”

Dodds’ presentation was part of the Distinguished Speaker and Science and Faith Lecture Series.

2015-03-31
Previous Post: The 40 Film: presenting the pro-life movement in a new light
Next Post: Letter from the Editor: Best of the Barons