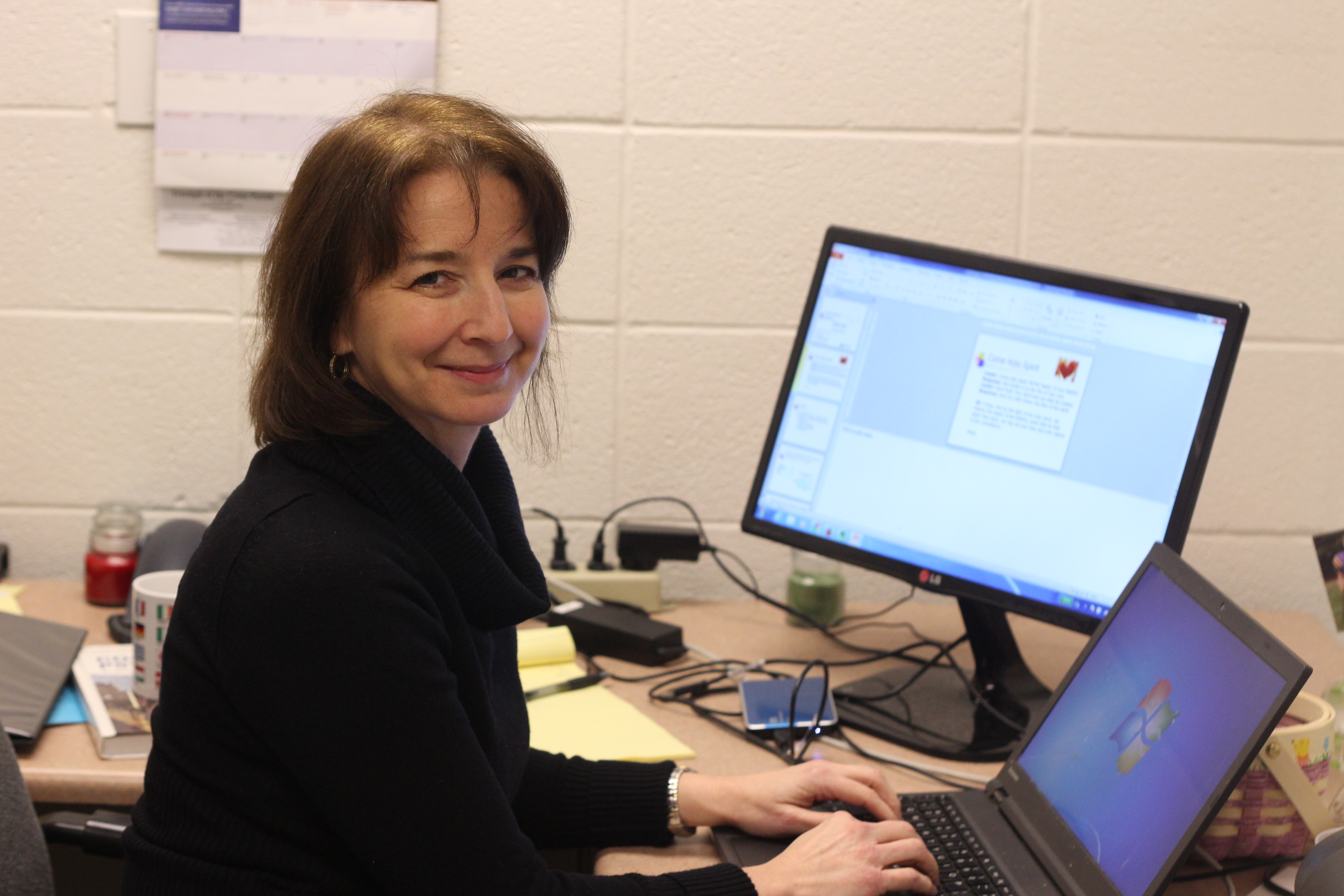 Marita O’Brien, Franciscan University’s new assistant professor of psychology, had an unusual journey in her career that led her to psychology and to Franciscan.

This journey started out with a Bachelor of Arts in mathematics from Duke University and a job with Morgan Stanley in New York City.

“It was a great opportunity to live in the city, and they wanted to show me how to program so I could do something practical with math,” O’Brien said. “I thought ‘this is great, this is what I am supposed to do,’ but when I started there I realized I liked the putting computers together more than sitting in at a desk all the time.”

Four years later, O’Brien went to the University of Colorado Boulder to earn her master’s degree in telecommunications engineering. She later applied her knowledge as a consultant in Atlanta, Georgia.

After nine years of consulting, O’Brien became interested in the human factor of her job. This interest led to her decision to get her doctorate from the school of psychology at the Georgia Institute of Technology. She later began teaching at the University of Alabama in Huntsville.

“It was more of an engineering school, so in ways it had more people in the field … that I had worked with before,” O’Brien said. “They wanted me to do a lot of research, but I felt isolated doing the research. I also wanted a more residential campus. That’s when I started applying to switch to a smaller liberal arts school. In my head I thought to myself that a Catholic liberal arts school would be cool, but I didn’t even think about Franciscan.”

O’Brien has enjoyed Franciscan’s student body for its “investment in the mission” of Franciscan as well the curiosity she has witnessed. She has also grown to like the faculty for its fun collegial atmosphere.

O’Brien said, “I think one of the things that impressed me even in the admission process was making my own mission statement, in addition to writing the standard professional accomplishments. I had to think about what I had to contribute, so I had to read Franciscan’s mission, and ask myself ‘what do I have to contribute to that?’”