First half scoring not enough for Franciscan against Altoona 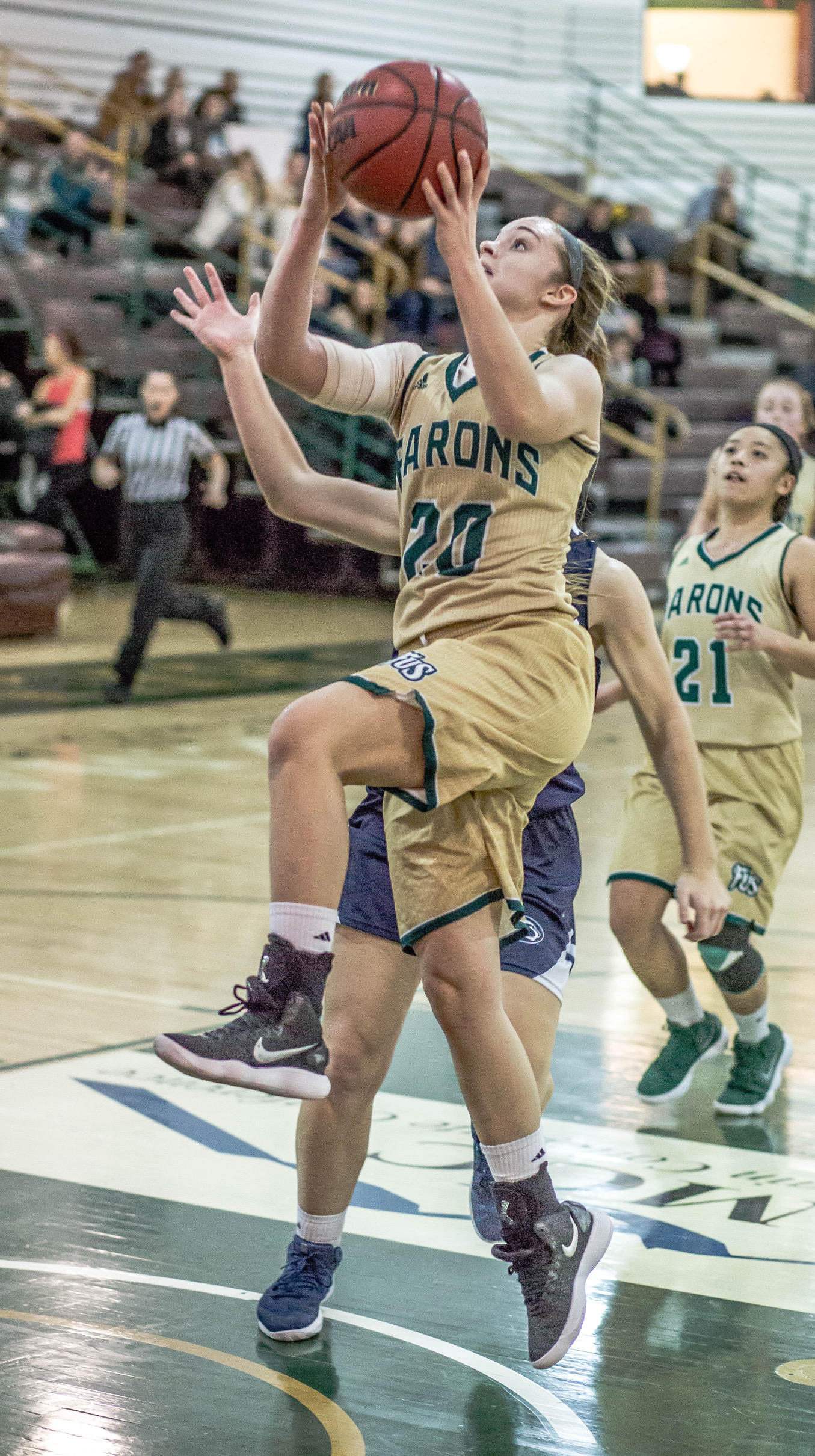 It was a tale of two halves, as the Lady Barons fell 83-58 to conference opponent Penn State-Altoona after a strong start that saw the teams tied 33-33 at the halftime buzzer.

Looking to notch their first win of the season, the Lady Barons took the courts for the opening tipoff just after 8 p.m. A quick jump shot from the hands of junior guard Gaby De Jesus gave the Lady Barons their first lead of the game, after which point fellow guard sophomore Abby Baierl registered a long three.

Strong interior defense kept Penn State out of the lane, although after two Altoona free throws, Franciscan allowed a three-pointer in response to the Lady Lions, putting the visitors up three. De Jesus knocked down two free throws on the other side of the floor, with 6:17 remaining in the first quarter; an Altoona offensive foul gave junior guard Reagan Stead enough margin on the ensuing possession to sink her first of five threes on the evening.

This back-and-forth scoring characterized the majority of the first half. Neither team would lead by more than four points, even after sophomore guard Kaitlyn Sonneberger recorded a defensive rebound, a jump shot, a steal and a layup in a span of less than 30 seconds, threatening to break the game wide open. Altoona would respond with a three of their own, tying the contest with 4:28 remaining before halftime.

A Stead layup gave Franciscan a 31-29 lead with 2:54 remaining; two jump shots down the stretch from the Lady Lions, the latter of which fell through the basket with 47 seconds remaining in the half, gave Altoona back the lead. With only a few seconds left before shot clock expiration, De Jesus landed a midrange jumper from near the right baseline. Halftime followed 20 seconds later, with both teams tied at 33 heading into the break.

After a halftime performance from baton-twirler Clarice Orteza, the teams took the court to begin the second half. In their very first offensive possession of the third quarter, Penn State-Altoona asserted physical dominance, putting five points on the scoreboard, thanks to two successive trips to the free throw line after knocking down contested jumpers. Altoona would head to the line four times in a span of the game’s first three minutes of the third quarter.

After only 60 seconds of third quarter action, Altoona had put up seven unanswered points; they would put up four more before a Baierl three from beyond the arc would answer for the Lady Barons. Nevertheless, the scoring would continue for Altoona despite a full timeout from Head Coach Suzy Delaney in an attempt to half the Altoona offensive prowess.

Franciscan would next score after 9 straight points from the Lady Lions, many of them from inside the lane. By the quarter’s conclusion, Altoona would post 27 points to Franciscan’s six.

In terms of scoring, Franciscan would post its best quarter of the game in the fourth period, putting up 19 thanks to the team’s 50 percent shooting percentage, 57 percent from beyond the three-point arc. Baierl went three of three in the quarter for eight points, and Stead posted seven points of her own. Still, the final buzzer put another Franciscan loss into the record books, by a score of 83-58. Penn State-Altoona notched their fifth win of the season.

The Lady Barons will next take to their home courts on Feb. 3 at 4 p.m, on Kuzma Community Night, when the university will celebrate the school’s famed 1958 squad.

2018-02-06
Previous Post: Altoona proves too much for Franciscan down the stretch
Next Post: New COO brings passion, service to Franciscan