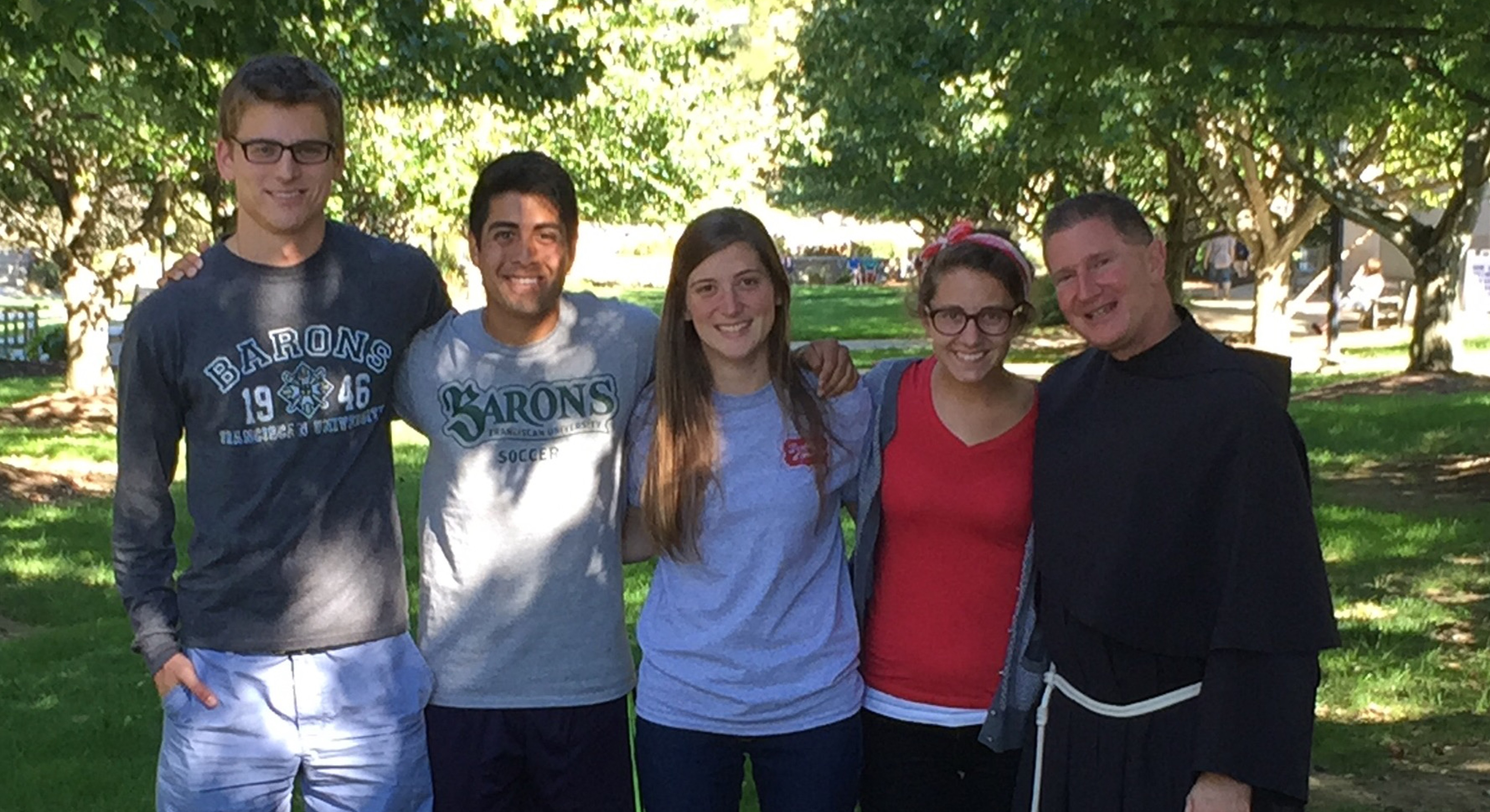 FOCUS, or Fellowship of Catholic University Students, has grown from a simple program at a small college campus in Kansas to a national outreach in less than 20 years, stated its website.

With nearly 500 missionaries serving full time, FOCUS, according to its website, is a presence on 113 campuses across the United States, including Franciscan University.

“FOCUS exists, really, all for one reason,” said Kyle Hanson, the team director of the FOCUS missionaries on Franciscan’s campus. That mission is to know Christ Jesus and fulfill his great commission, specifically through inviting college students into a growing relationship with Christ and his church, said Hanson, referencing FOCUS’s mission statement.

According its website, FOCUS began as a response to the need of young Catholic college students to witness authentic faith and encounter Christ’s love. In order to answer the church’s call for a New Evangelization, Curtis Martin, a graduate of Franciscan University, along with his wife, Michaelann, founded FOCUS at Benedictine College in 1998, said the website.

FOCUS missionaries serve at both secular as well as Catholic universities, aiming to form joyful, Christ-centered communities for young people to have the opportunity to grow in faith, stated the FOCUS website. It also said that each team consists of two men and two women who volunteer an entire year in order serve their fellow brothers and sisters in Christ.

The team serving Franciscan’s own campus is headed by Hanson, who serves along with Steven Loya and Emma Schopp, graduates of Benedictine College, and Hannah Brehm, who studied at Loras College in Iowa.

Regarding the role of the FOCUS team serving Franciscan, Hanson explained how outreach always looks different depending on the campus on which FOCUS is working.

Recognizing that the majority of students at Franciscan are Catholic and have perhaps already experienced an initial encounter with the person of Jesus Christ, the missionaries’ goal is to just help students to become the best versions of themselves and to inspire them to become saints, he said.

FOCUS leads several Bible studies open to all students as well as some specifically for those on the university’s sports teams, shared Hanson.

Brehm and Schopp are currently leading an all-women’s study group this semester as well.

The team also sponsors some fun events for students simply to foster friendship and to experience the joy of Christ.

Most recently, Hanson and Loya shared that they are inviting all men to join them for “Zombies versus Humans,” a bi-weekly off-campus event involving strobe lights, nerf guns and glow sticks. Essentially, a small band of “humans” must fight the “zombies” in order to find two glow sticks hidden within a house without getting eaten, they said.

However, FOCUS aims for more than just putting on events.

Regarding his experience as a missionary, Loya said, “My favorite part about FOCUS is the relational side of evangelization.”

Hanson explained that the most influential part of being a missionary is simply forming authentic friendships with people and being there on their walk with Christ.

Hanson pointed out how missionaries have to look to Jesus as their model of evangelization. Christ spent three years of his life investing deeply into just 12 people, and it was those 12 who went out and changed the world forever, he said.

Looking back on his past missionary experiences with FOCUS, Hanson affirmed the importance of relational ministry after seeing how investing a lot of time and effort into just a few people allowed them to bring others to Christ in a way that Hanson would not have been able to do on his own.

Hanson said that the most rewarding part of his job as a FOCUS missionary is “having true, authentic friendship.”