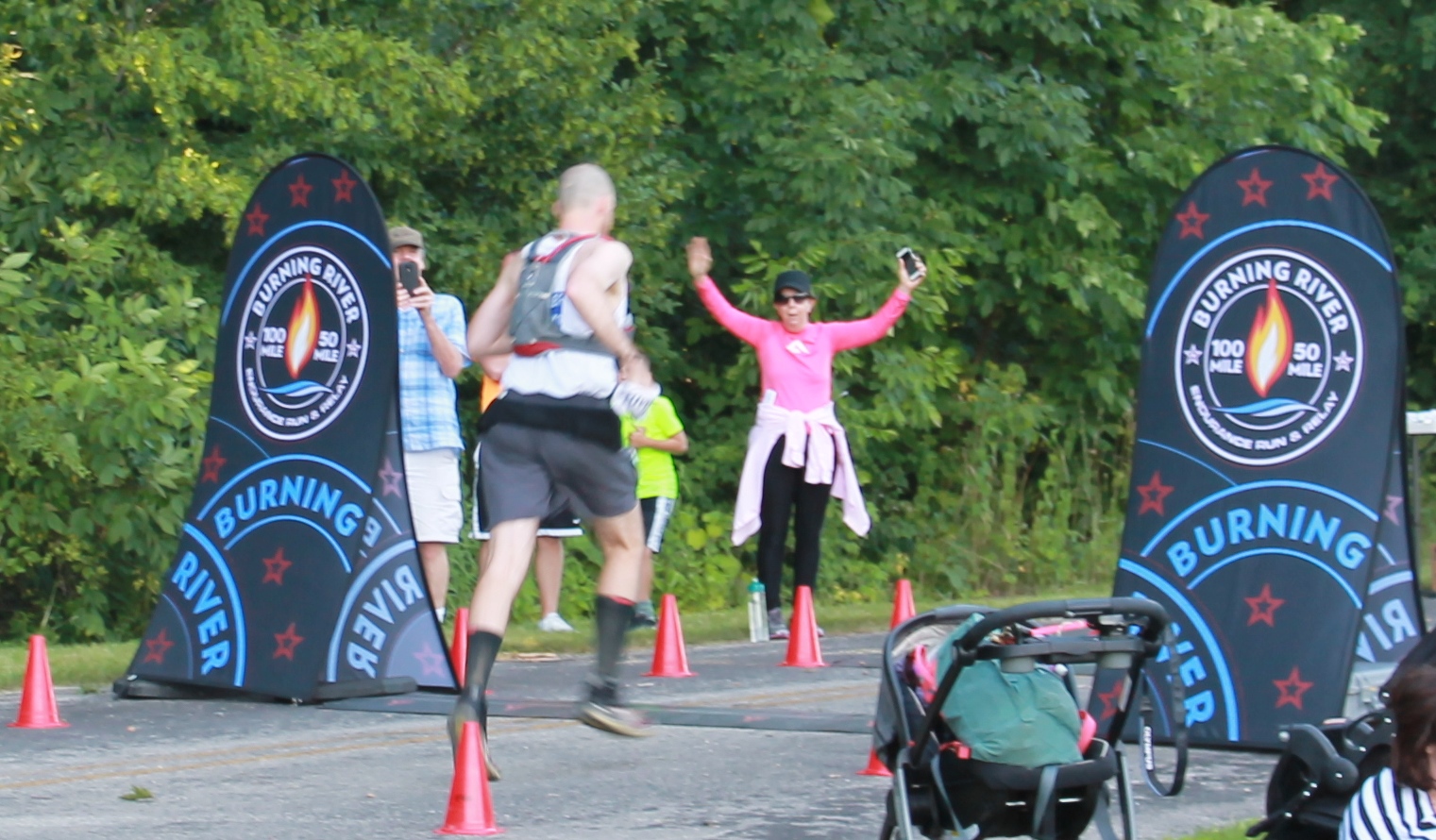 On Saturday, July 29, the Rev. Gregory Plow, TOR, ran an ultramarathon to fund the Spirit of St. Francis scholarship, continuing his passion for God, the students and — of course — running.

Plow continued his love for running and marathons with an ultramarathon at Cuyahoga National Park near Cleveland. Plow, along with two alumni and three Franciscan coaches, ran 50 miles to raise money for the Spirit of St. Francis scholarship — a scholarship that assists students with great financial need.

Despite the impression many get after talking with Plow about his passion for running, Plow’s enthusiasm for running did not start in childhood. In high school, Plow said in an interview that he preferred baseball to running. This preference did not change until seminary, when Plow dared to ascend the treadmill.

In late October 2003, Plow supported a friend at the finish line of the Marine Corps marathon. Seeing the thousands of people watching and all the people competing, Plow was inspired. After this encounter, Plow decided to start using the seminary’s treadmill and build up his endurance.

Starting to work on his ability to run long distances, Plow began by just running less than a mile.  Despite this seemingly rough start, Plow was resolved to build up his endurance. Plow trained to reach his goal of running five miles. After training, Plow ran his first marathon at the same Marine Corps marathon a year later in late October 2004.

Plow enjoyed the marathon so much, he kept training and running. After the Marine Corps marathon in 2004, Plow ran 13 more marathons and three ultramarathons. The most recent of these is — of course — the 50 mile ultramarathon Plow ran in July.

To prepare for Plow’s most recent ultramarathon, he ran a shorter ultramarathon in May 2017. However, that is not the most intense of his training. Every other week, Plow ran long distance for two to five hours for two consecutive days. Plow followed this regimen for 15 months prior to the July ultramarathon. Plow said that the importance of running for two consecutive days is that the runner needs to be ready to continue running even when sore and tired.

Besides enjoying the challenge of running for 50 miles, Plow appreciated the opportunity to raise money for the Spirit of St. Francis scholarship with others. Indeed, Plow was not alone; five alumni and two coaches joined him. Plow pressed that “all of us together” ended up raising enough money to fund the full tuition for one student for one year. Beyond that, Plow pointed out that it was great to just raise awareness of the new scholarship to help those least able to pay for an education at Franciscan University.

Plow emphasized not only the physical but also the spiritual gains. Honesty and persistence, said Plow, are essential with training.

“When it comes time for race day,” Plow said, “and you are standing at the starting line, you can’t fake it. … You’ve either done the training or you haven’t.”

Relating it to the spiritual life, Plow said, “If we don’t discipline ourselves in spiritual life when it comes to race day, we can’t fake it.” Plow said that his experience with training has carried into his prayer life.

This lesson must be at the front of Plow’s mind not only as a priest and confessor for the Franciscan University community but also as the director of the Priestly Discernment Program and mentor for many men in the program.

While emphasizing the need for initiative, Plow also made sure to clarify that “God is all-merciful” and that spiritual discipline must be used in a “loving relationship with God and serving Him.”

Going from a high school baseball player to an ultramarathon-running priest, Plow has shown himself to be a selfless, persistent and loving priest to the Franciscan University community.