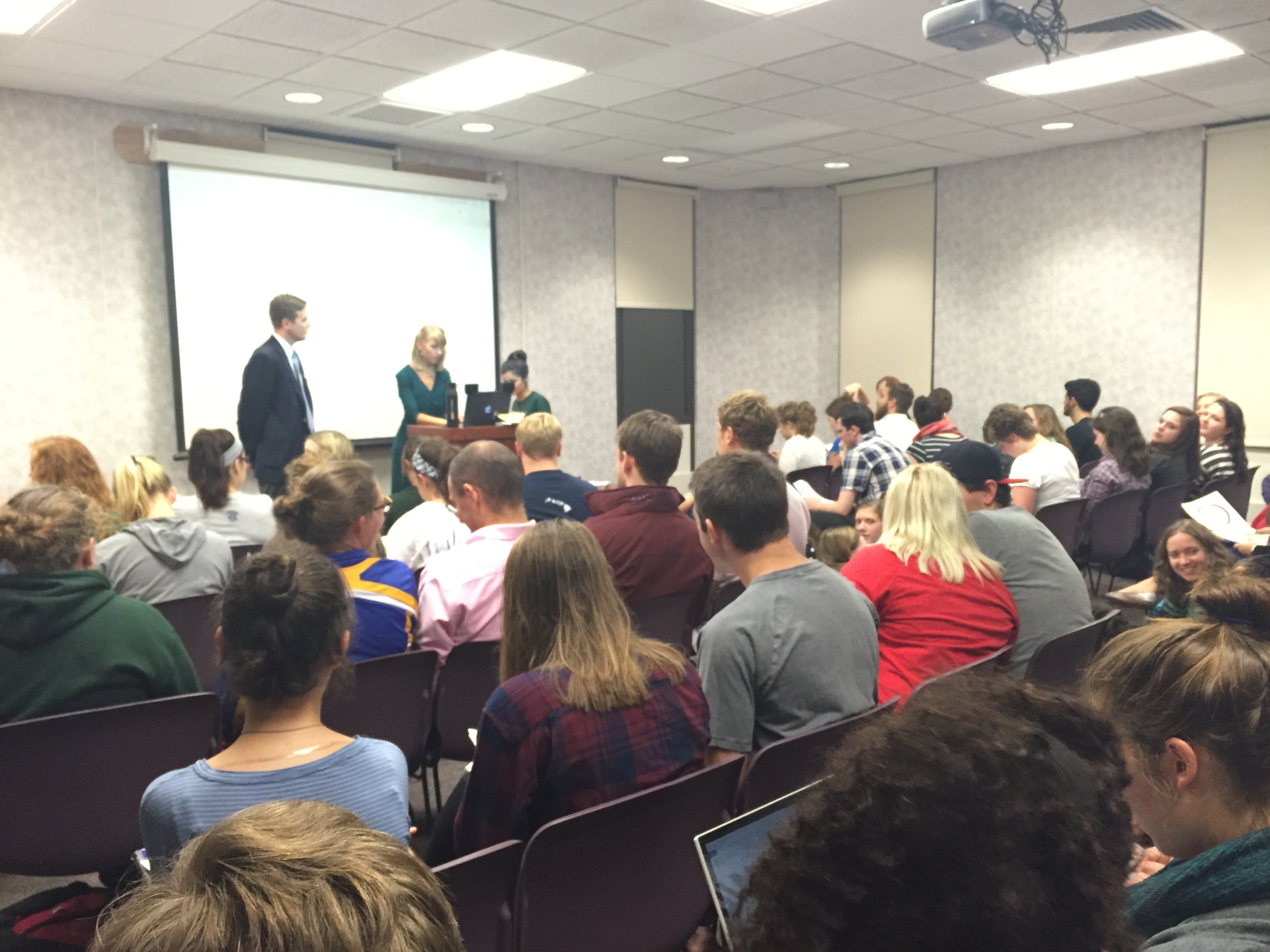 A Franciscan University alumna said in a speech Oct. 8 that human trafficking, especially in the form of prostitution, happens in the United States much more often than the population realizes.

In “Human Trafficking: Confronting a Global Injustice,” Camille Mica said, “It’s so easy to become desensitized to the horrors of human trafficking.”

Mica, who has bachelor’s degrees in clinical psychology and theology and is chief operating officer for the Catholic anti-trafficking non-profit organization Children of the Immaculate Heart, discussed the ways in which trafficking occurs, both globally and in the United States.

Victims are often kidnapped or coerced into slavery and then broken and dehumanized by violence, rape, torture, isolation, confinement, addiction and threats, said Mica.

“The whole goal is to turn a human person into a commodity,” she said.

Seventy percent of victims are native-born Americans, said Mica. She emphasized that victims are held not only by physical chains but also psychological and emotional chains.

“Pimping is glorified in our culture today,” she said.

Mica said that she is very passionate about wanting to eradicate the horror of human trafficking. She said that Children of the Immaculate Heart has plans to open a safe home for victims of trafficking in southern California.

“It doesn’t matter if I have the perfect words to say to you guys, but, hopefully, the Holy Spirit brings a new fire to you heart,” said Mica.

Mica expressed to Franciscan students that there are ways for them to take action.

“The root of what’s happening is that people have forgotten how to love,” she said. “No one ever deserves to be used as an object. Spread that mentality.”

Mica’s talk was hosted by the Center for Leadership and Students for a Fair Society. Mica was involved with both of these groups while she was a Franciscan student.