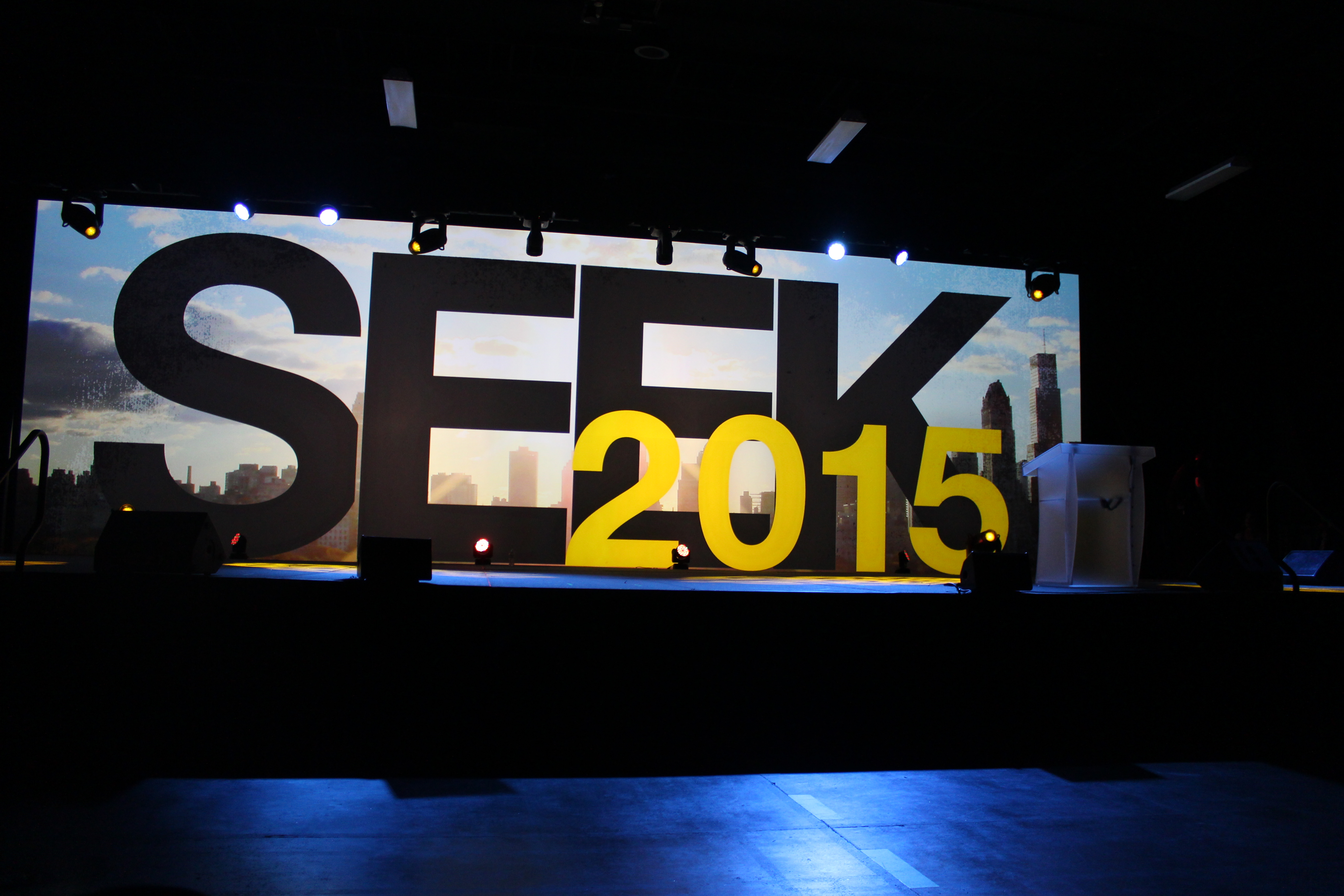 More than 10,000 college students from all over the country gathered together Jan. 1 at the 2015 SEEK conference for the same purpose: to worship, adore and give thanks to the almighty God.

The SEEK conference was held in Nashville, Tennessee at the Gaylord Opryland Resort and Convention Center. The conference was held to encourage the youth to seek God’s will in their lives while also rejuvenating the soul and spreading Christ to others.

SEEK was a four day event that included daily Mass, talks, confession, adoration, entertainment and social events. The conference had more than 50 guest speakers who addressed a wide range of topics from relationships to mass media to theology.

Among the many speakers were Franciscan University graduates, Chris Stefanick and Jason Evert.

Stefanick has been a youth minister in Los Angeles for 15 years and speaks to more than 50,000 teens, young adults and parents every year. He is the founder of Real Life Catholic, vice president of the Dead Theologian Society and has also authored and co-authored many books. Stefanick emceed the SEEK conference and also gave a talk on relativism and objective truth.

Evert is a Catholic author and chastity speaker, who has spoken at Franciscan many times. Evert founded Totus Tuus Press and The Chastity Project, an organization that promotes chastity, primarily to high school and college students. At the conference, Evert gave multiple talks that focused mainly on building healthy relationships in the 21st century. Evert encouraged building a strong relationship with God before worrying about a romantic relationship.

“Don’t spend your energy running after your future spouse,” said Evert. “With everything you have, run after God. After a long time of running, look to your left and right and see who can keep up with you.”

About 40 Franciscan students took a bus down to Tennessee for the conference. Seniors Jill Stockley and Maura Kennedy attended the SEEK conference for the first time.

Kennedy said, “The experiential and the mentally stimulating involvement of the conference were the perfect mixture.”

Stockley agreed. “The amount of students going to confession Saturday night was amazing,” she said. “I was also pleasantly surprised with the huge number of public college students who attended the conference. It was a beautiful experience all around.”

Stockley and Kennedy both favored a talk titled “Fearless Hearts” presented by Sister Mary Gabriel from the Sisters of Life. Stockley and Kennedy also enjoyed Jonathan Reyes’ speech “In Your Light We See Light: Being Conformed to Christ through the Renewal of Our Minds.” Reyes is the founder of The Augustine Institute of Denver, a graduate program devoted to Catholic theological studies and leadership training.

McCarty’s favorite speaker was the Rev. Mike Schmitz. Schmitz is the director of youth and young adult ministry for the Diocese of Duluth. He also serves as the chaplain for the Newman Catholic Campus Ministry at the University of Minnesota-Duluth. Schmitz emphasized the importance of falling in love with Jesus Christ.

He said, “Nothing is more practical than falling in love. It affects everything: brain, guts and heart.”