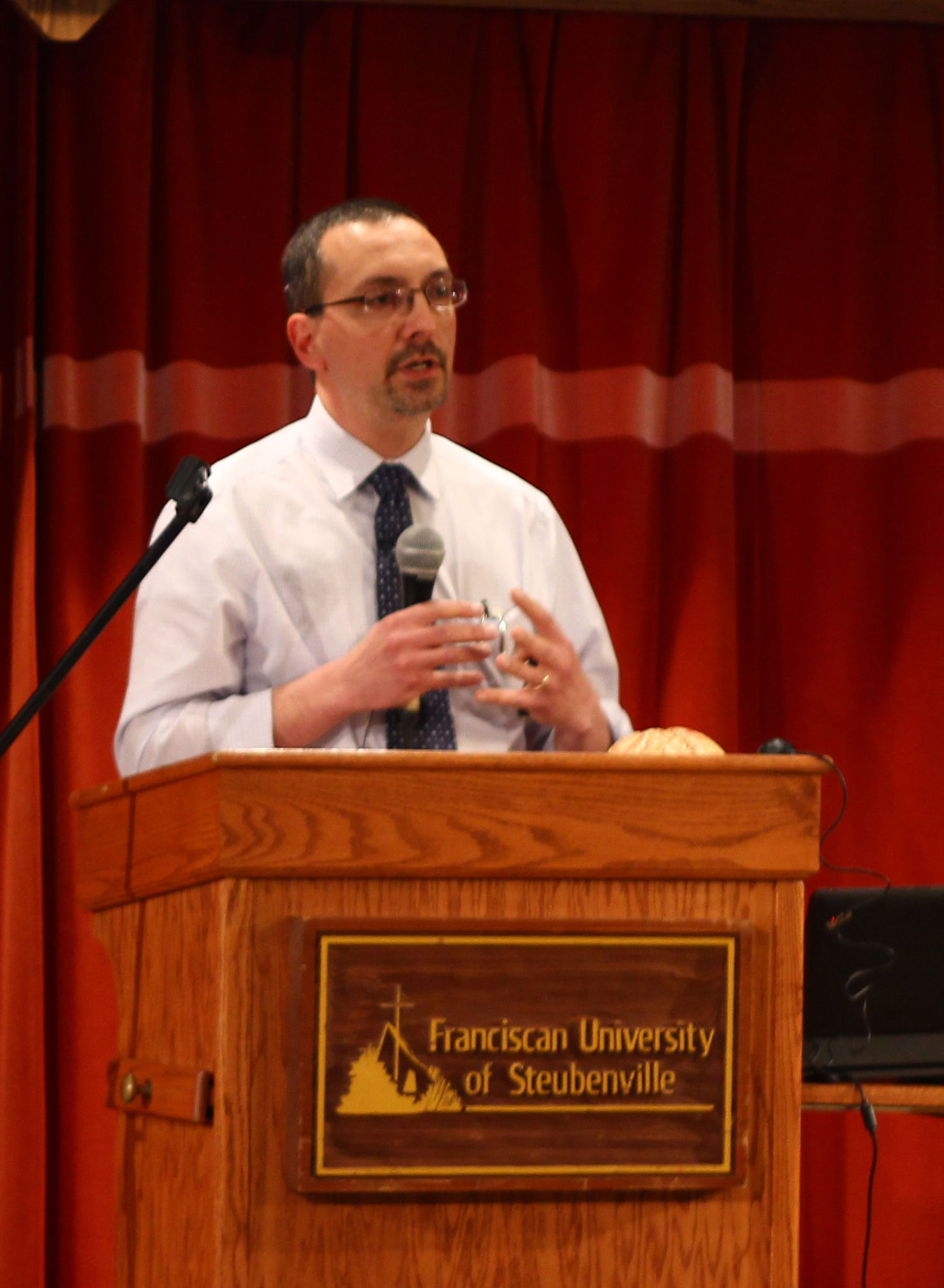 Franciscan University associate professor of psychology Stephen Sammut, who holds a doctorate in neuroscience, spoke March 20 in the Gentile Gallery on understanding the effect of pornography on the human brain.

It is difficult to understand this topic unless one looks at the background first, in this case being the brain, said Sammut.

Sammut began with showing diagrams of the brain and the complexity of the brain’s structure in order to illustrate how the human brain processes information as well as how often there is a change in behavior.

Sammut said, “Think about how many times whenever we tried to change in our behavior of something bad … how many times we’ve beat ourselves to the ground and think so low of ourselves, we simply start not beginning to change. Changing behavior is complex.”

In a student survey conducted on Franciscan’s campus, Sammut said that he found that 12 percent of the students were under the age of eight when first using pornography.

These are the most crucial years of forming the brain, also creating a change in behavior because of the effect on the brain, said Sammut.

Good resources about overcoming this addiction are not found in counseling or the Internet, but rather through faith life and motivation, which is one’s biggest role, said Sammut.

Gaby Taylor, a freshman theology and catechetics major, said, “The part that stood out to me the most was probably that like the first use of pornography is with kids under the age of eight … which is really sad to think about in today’s society.”

2016-03-28
Previous Post: Rob from the Pub: How the Franciscan experience has opened doors for him
Next Post: Conservative Column: ‘Vote your conscience, the conscience of the church’