Franciscan father returns the university where his vocation began 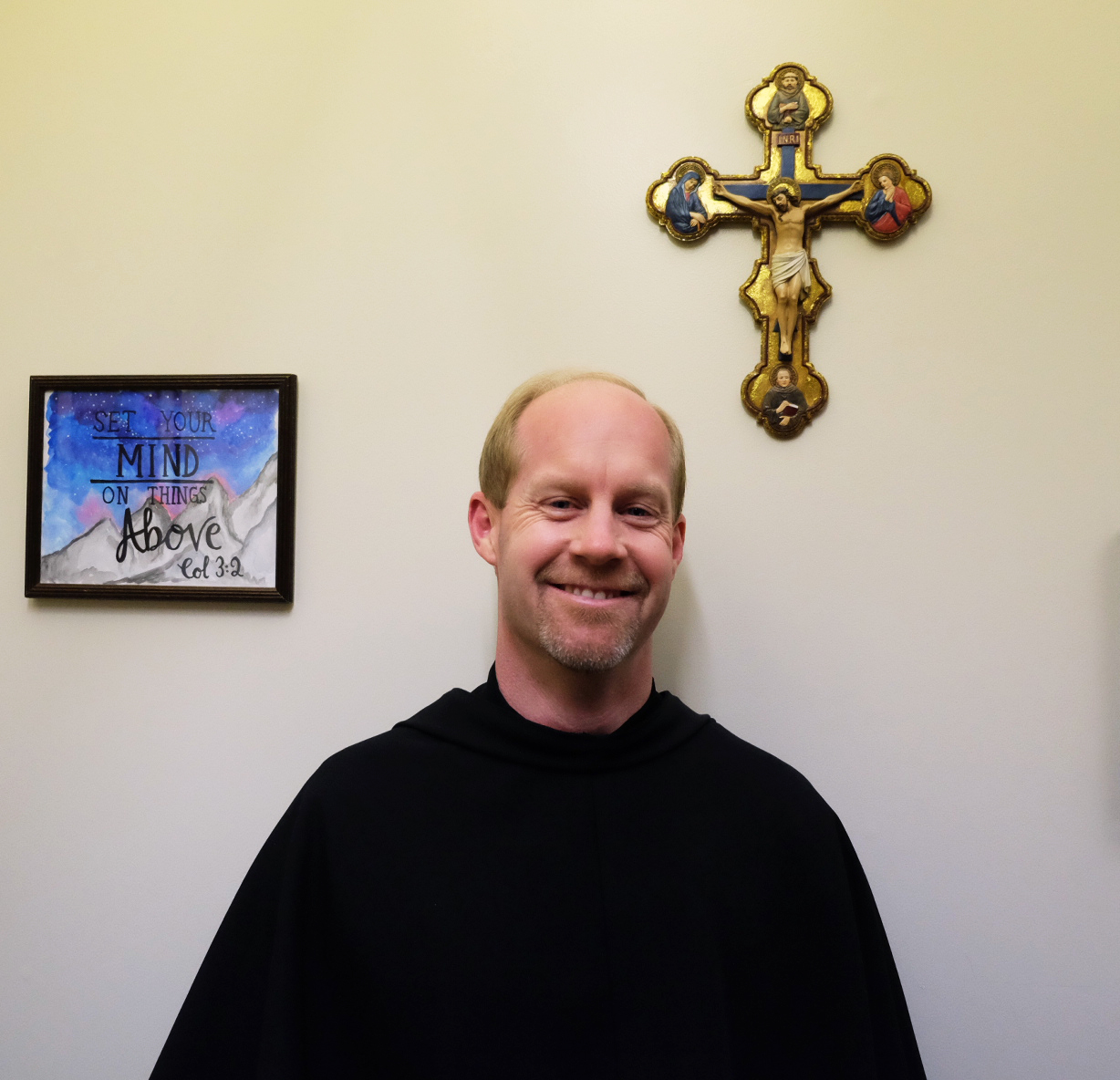 His mission has taken him to several countries, but now he calls Steubenville home. The Rev. Johnathan McElhone, TOR, whom everyone refers to as Father Johnathan, was born and raised in Delhi, Ontario, and returned to minister at Franciscan University in June 2017.

McElhone’s first experience with Franciscan University was when he came to a youth conference in 1991, before the Finnegan Fieldhouse existed. He stated that “it was in the midst of that conference I had a very powerful encounter with the Lord. It was the first time I considered the priesthood.”

After finishing a college program in electro-mechanical engineering, robotics and automation, McElhone joined National Evangelization Teams, known as NET Ministry, serving as a missionary for two years. He then moved back to Ontario, working as an industrial electrician in an automotive factory, while volunteering with parish youth groups.

“I would go into the parish after everyone was gone and pray,” he said, “and the fall of 2001, I heard the Lord say ‘You’re in a good place, but a year later you’ll be in a different place,’ and I was at peace with it.”

McElhone studied at Franciscan University in 2002 and graduated in 2005 with a BA in philosophy and a minor in theology while being a part of the Priestly Discernment Program. During that time, he was involved with campus ministry and did a couple of mission trips to Jamaica and Belize.

McElhone was accepted and started formation in Loretto, PA with the Franciscan Friars TOR-Province of the Most Sacred Heart of Jesus. He professed his first vows on July 7, 2007, and professed solemn vows in July 2011. During those two professions, he completed his Masters Work in Divinity at The Catholic University of America in Washington, D.C. Upon completion of his masters, he moved to Good Shepherd Catholic Community, GSCC, in Fort Worth, Texas to serve as a transitional deacon until he was ordained on Nov. 3, 2012. He remained at GSCC as Parochial Vicar until June 2017 when his major superior assigned him to Franciscan University to support the mission of the friars.

McElhone’s primary responsibility is being the associate director for the Priestly Discernment Program. He also works with the Evangelization Office  and on campus ministry events such as Men’s Ministry, Born in the Spirit retreats, praise and worship, Festivals of Praise and high school youth conferences. He also has a priest’s duty on campus, which includes mass and confession.

When speaking about the university, he said, “I am excited for the vision the Rev. Sean Sheridan, TOR, has put out for the university. I’m excited to see how I can support that. I also believe that the Lord desires to see something new and powerful at the university in changing the lives at the university and taking that back to our homes, families and communities, allowing the church to grow.” He said it is great to see the university grow because when he first visited, buildings such as the Fieldhouse, CODA, the friary and couple of dorms were not built yet.

Outside of his job, he enjoys cycling, mountain biking and other outdoor activities such playing guitar and singing. He is a fan of NASCAR, and he has even driven laps in a NASCAR stock car at Texas Motor Speedway, where he topped his speed at 154.38 miles per hour. You may find him walking around campus after dinner praying the rosary.

One of his favorite scripture verses is Phil 4:4-7. Feel free to chat with him about it and ask why he likes it so much. Even though days can be very busy for him, he will always make time to try and visit with students and get to know and support them.