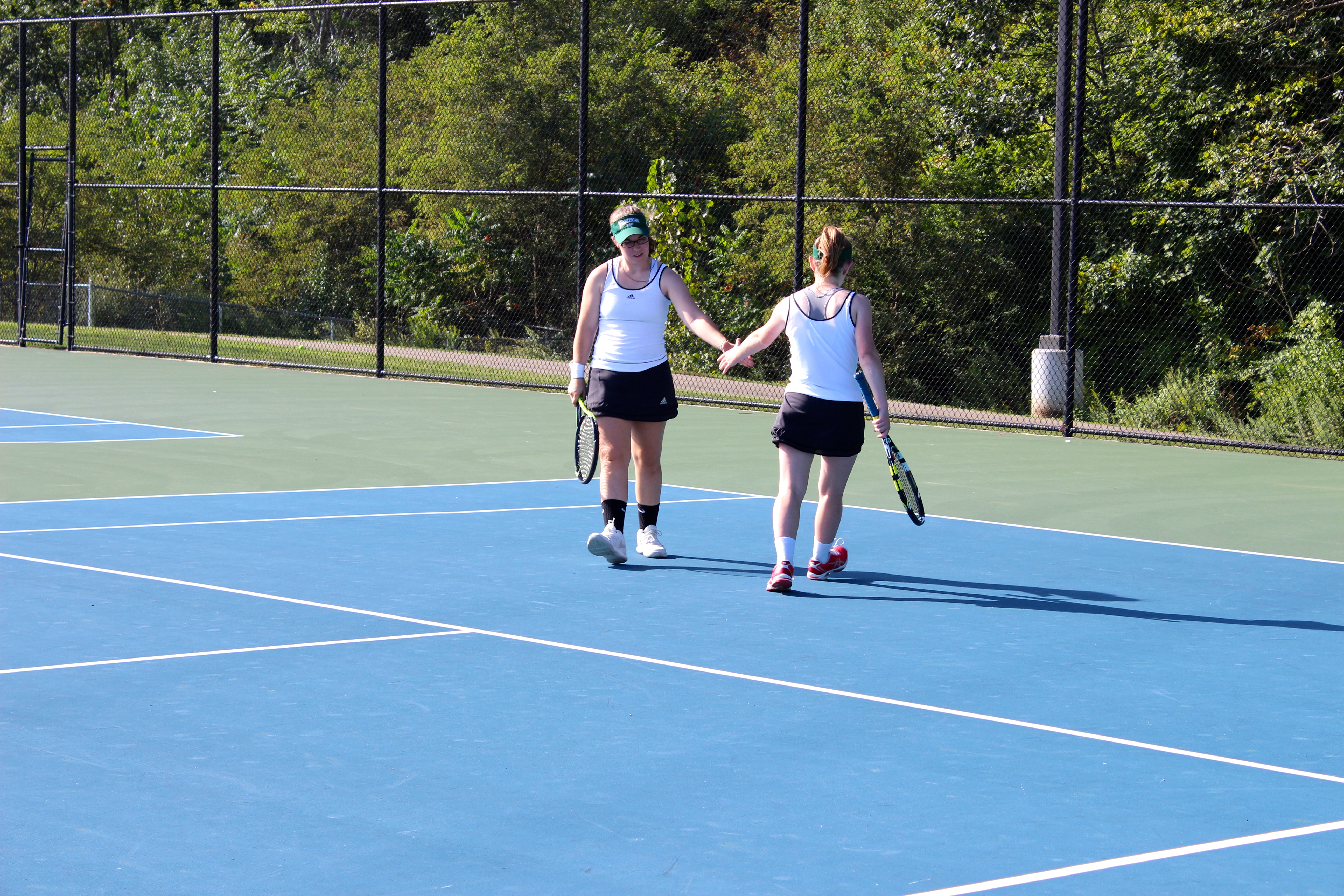 Franciscan’s Lady Barons tennis team won its first game of the season 8-1 against Bethany College of West Virginia on Friday.

“It felt very cohesive, very comfortable and very exciting.” said Assistant Coach Shannon Irvin. “We’ve had a lot of practices and a lot of new talent mixed with experienced players.”

Sophomore Maggie Vander Woude and senior Renata Crespo played doubles together. Although they previously had never competed together, they were recognized by Irvin as the most outstanding players on the court, winning 8-1 in the no. 2 doubles match.

“Maggie and Renata meshed,” said Irvin. “They communicated well; they played phenomenal doubles. They looked like they were able to read each other as they were playing and they were both aggressive.”

Junior Claire Haddad won the singles match with the score 6-4, 6-0. Irvin praised Haddad saying “she didn’t let it get inside her head. She played and had the mental toughness to go along with the raw talent.”

There are many new faces on the Lady Barons tennis team, not just with incoming freshmen, but the coaching staff as well. The coach for the men’s tennis team, Jeremy Ellis, has taken over the women’s team, along with assistant coaches Shannon Irvin and Scott Greve.

The team has had to adjust, especially as it learns to play with new talent from incoming freshmen.

“It’s going to be a big difference between experience and talent,” said Irvin, “because in some situations out here, we have talent but not the experience. The team cohesiveness and the camaraderie and the way that they encourage one another just speaks volumes.”